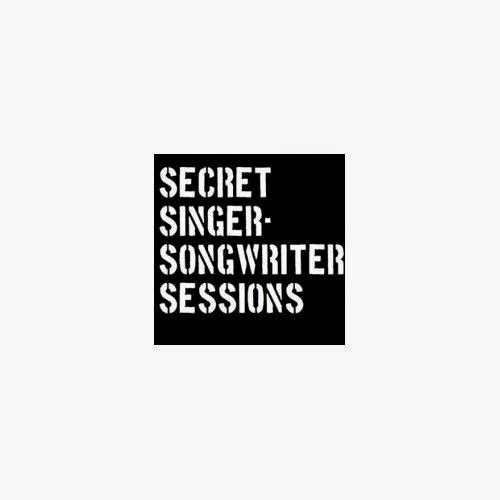 Every first Wednesday of the month Supermarkt in Den Haag organises a combination of a singer-songwriters festival and an open-mic evening. The reason for me going there was that Los Angeles based Shane Alexander, who often featured on this blog, made a special appearance. It was also the only chance I had to catch him on this spring tour. This resulted in me hearing many and very different singer-songwriters of which I will share a few short impressions over the coming two days.

The evening started off with Gerben Boots and his contra bass player Ivo. Gerben Boots usually plays with his band in Dutch and Frisian, the second official language in The Netherlands. (The third is Saxon.) He started the evening with an experiment, doing the introductions in English, while singing in Dutch. Unfortunately, the experiment failed after the first song as all went in Dutch. Boots doesn't play my kind of music, but is confident, has a good voice and a stage presence. His way of singing about relationships and everlasting love will agree with many other people. Still, I wish him all the best next month at the Frisian song contest when Gerben Boots and band hope to top the competition this year.

Next was a young man from across the Mersey, now living in Amsterdam: Ryan Lee. What a clear voice and power! Although his presentation was bashful, there was not a trace of that in his singing. My impressions of the songs itself was that Lee is still learning what works and what doesn't. His first endeavours certainly show promise, but need some refinement and a hint of pop that makes the song flow just this little easier. Ryan Lee is close and I have no doubt he will grow in the future. Unfortunately this was the first case of acoustic guitar sound problems, distracting the performer somewhat from his performance.

Next was  Juliëtte (I think I heard that name) together with bass player Chris P. Dekker, editor in chief of magazine 'The bassist' and playing a beautiful Hofner bass. Perhaps everyone in the room is a better bass player, it will be without me, Chris. Juliëtte was nervous and showing it. At the same time it did not have too much influence over what she was playing. She obviously is able to sing and play what she wrote. She sings with a clear voice and 'Watermelon' clearly shows a lot of potential. The hat gives her performance a hint of mystique and that is another step on the way to get noticed.

Shane Alexander clearly has so much more experience. His mileage on singing and guitar playing obviously shows. The guitar sound was going from bad to worse. First on stage and next through the PA as well. I learned that playing with the capo on different frets influences feedback on the low e-string, I never noticed this before. (The capos were making overtime the whole evening.). A Simon & Garfunkel cover, 'Song for Emily' sounded vaguely familiar. Shane told us about a cover album he will be on with this song. He followed his set with a Johnny Cash tribute song "I'll die alone" with some Cash influenced guitar playing. And a beautiful song for lovers with this line: "The first time I saw you smile, I could see you walking down the aisle", written after the birth of his now 8 year old daughter. The short set ended with 'One so young', the slightly psychedelic song that opens Alexander's latest album 'Ladera'. There is something in his voice that just touches me. Something very special, that is hard to describe, but undeniably present. Soft, feeling and compassionate are starting points here.

By this time I was wondering where I was this evening. At a singer-songwriter festival or at a contest for loudest, most talkative audience? Even some colleague songwriters could not hold their tongues. So here we have people with just a guitar and their voice singing their hearts out and an audience talks louder and louder. A strange mix by my standards.

You can listen to 'Front porch serenade' by Shane Alexander here.
Gepost door Wo. op 12:45