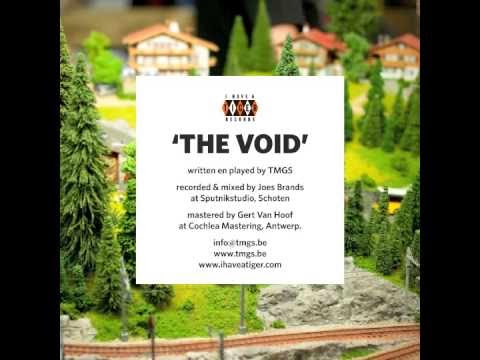 Another short review of a new single. TMGS has released a new one and I think that you may want to hear it. The void is somewhat smoother than most songs on 'Rivers and coastlines: the ride', but for the rest all the elements that make up a nice TMGS song are present. The soft voice of Peter Lodiers, the interplay of the guitars and a good thythm. On top of all that, when the trumpets of Bart Raats and Koen van Loon get into the mix, you just know that TMGS' signature sound is there.

The void reminds me more of west coast pop rock of the 70s and very early 80s and less of the desert sound that played an important role on 'Rivers and coastlines: the ride'. Even some Rupert Holmes, which is something of a guilty pleasure. A new direction or an excursion into one of the elements that make up TMGS' sound? Go and have a listen yourself here, with a positive advice from,