The Blissful Joy Of Living. The Sweet Release of Death 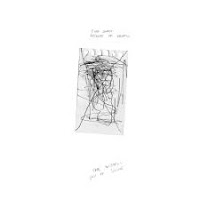 To call The Blissful Joy Of Living beautiful would be overdoing things by a long margin. The Sweet Release of Death unleashes a kind of primordial force killing off all sensitivities that I may have left in my slowly ageing ears. What the energy the band calls forward certainly does is making me realise the joy a bit more and that I’m not going to be in search of that sweet release for a while yet, given half the chance.

The Blissful Joy Of Living is an album where there’s no room for any subtleties. Guitars are shredded, shredded louder and then some more for good measure. Whole walls of guitars, like a house totally overgrown by vines, leaving only true space for the singer's voice, like the windows that are cut open in between the vine in order to look out. Somewhere in the background there is a drummer going about his business. In fact it could be a drum machine for all I care. Listening closer, I have a hard time identifying between the two options. In the last song it is even 100%, I'd say. What is a fact, is that drummer Sven Engelsman up to a certain point can do whatever he likes. The guitars played by Martijn Tevel shred away anyway. The bass is another issue as the instrument hovers somewhere in between. Sometimes part of the rhythm, sometimes just laying down some accents which the guitars and drums do not make or finally contributing to the noise some more.


In ‘Sway’ I have no doubts though. This song presents the listener with an extremely effortful piece of drumming. The song is an onslaught to all senses, even those senses having nothing to do with listening. Live this will be music at ear-splitting level. An experience like I had in Amsterdam two years ago with A Place To Bury Strangers. The difference is the singing of singer Alicia Breton Ferrer and the mix of her voice in the whole. Her lyrics can, well almost, always be followed. Melody is beside the point though. This is more performance than singing. Perhaps it is near impossible to find a true melody over the noise. I have a hard time calling the music on The Blissful Joy Of Living songs. Buildings would come closer had the term been appropriate for compositions.

So in short, anyone who “lives” through the first two songs will get to the end. In a minute or 20 all six songs have played themselves out in a blistering storm of music. But pay attention now. You’ll find a surprise in the form of ‘Sick Girl’, a song that almost plays out like a “regular” indierock song.

What keeps hanging in my mind, revolving there over and over, is the impression The Blissful Joy Of Living as an angry album. Yet I truly doubt if it is. There certainly is aggression in the playing in the way the songs/buildings are attacked. This is not the same as anger though. The Sweet Release of Death does not play music from a blind rage. In fact I have the impression the six songs on the album are well thought out. The little light that is allowed into the album in ‘Sick Girl’ and a part of ‘Hey’ show just that. What remains is the sweltering heat of an intense band. The Blissful Joy of Living proves to exactly be the right frame of mind to keep the release found in the band's name at bay for a while longer. Life's too much fun with surprising albums like this.

You can listen to and buy The Blissful Joy Of Living here: