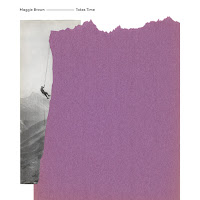 During my summer holiday an email reached me from the singer and songwriter of one of my favourite, albeit far too obscure Dutch bands, Maggie Brown. The message being that from 20 August onwards the band would release three new songs in the coming months. Yes, three new songs by Maggie Brown and that message right after a great holiday. Life could be worse, folks!

I decided not to write on each single but wait for a while and then write on all three. That time has come. Take Time, World On Paper and Commander. I'll own up here. The first time I listened to the new songs the thought "more of the same" did cross my mind, but after I started listening some more, that thought disappeared as snow before the sun. Why?

The answer to that question is so simple. Because Marcel Hulst writes and Maggie Brown plays perfect pop songs. Just listen to how subtle and soft 'Takes Time' starts. Slowly but surely the intro builds itself up to the point where things break and the song can start. Just listen how well balanced the sound is, the sound is so clear and spine tingling. With a song like this Maggie Brown is reaching for Excelsior Record's 90s heroes like Daryll Ann and The Serenes, with one major difference: the pop feel of Maggie Brown lies so much higher. The guitar solo at the end gives Takes Time an edge I kind of like and shows another side of the band. 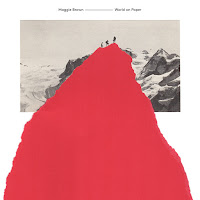 'World On Paper' is the second song. The acoustic guitar sets the mood first. It is a melancholy song, but then Maggie Brown is a meister at creating a mood like this. Marcel Hulst's voice is put into this world to sing songs like these. The keyboards of Friso Schmid play a lead role. The soft keyboard notes that meander through the whole. The synth solo floors me in its modesty while being spot on. Another highlight is the soft do-do-do-do's giving the song a tremendous pop feel, the kind that blends the 60s with the 90s. The sound of World On Paper also is not of today but one from somewhere in other decades. Do I like this? Yes, I do-do-do-do. 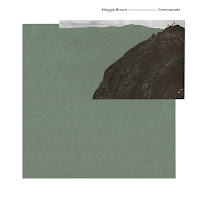 The final song released is Commander, the toughest song of the three, in as far Maggie Brown ever becomes tough of course. Drummer Pascal van Baren and bass player Thomas Dow can be noticed most in Commander. As can the intricate guitar playing of Hulst and Frank Hurkmans. The song sort of soars into my ears. A true Maggie Brown rocker. The band rocks without showing off. The drums may be solid, in the meantime the band weaves intricate vocal melodies over well-worked out arrangements, like I have come to expect. It is easy to create expectations but to fulfil them is a totally other matter, see my first, easy response to the new music. You'll have surmised from the above where I ended up with the new songs.

They were recorded with Martijn Groeneveld, producer of Blaudzun, Kensington and Klangstof. Not the lesser known bands in our country. It is too early to really comment on the producing quality, as I'm listening to MP3s on small speakers. That will have to wait until the new cd/lp comes out, hopefully not too long from now. Noticing the spaciousness of the sound, my guess is working with Groeneveld is a step in the right direction.

I simply can't tell whether there is a market for this kind of music any more. What I do know is that the people I have introduced to Maggie Brown all fell for the band with ease. So there must be. The challenge is how to reach those 40 and 50 ups and get them out of their lazy chairs to go and listen to the band and then buy the records. These three songs all, once again, prove Maggie Brown is a great band, folks. It's time to act.

You can buy Maggie Brown's music on its website: