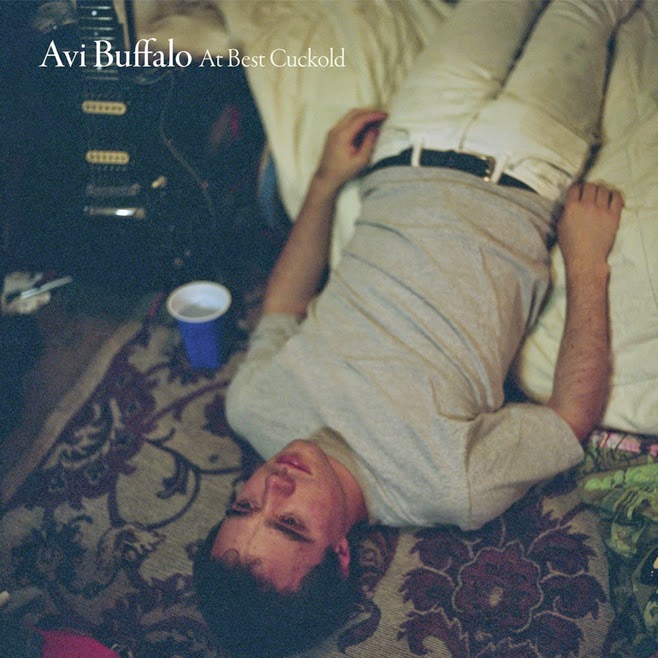 Looking at who plays in and has played in Avi Buffalo it is easy to conclude that at heart this is a one person band. Avigdor Zahner-Isenberg is the central man and finds people to work and tour with. He's the songwriter, singer, guitarist of the band. At present he's joined by Sheridan Riley, the only long time collaborator of Zahner-Isenberg, Doug Brown and Anthony Vezirian. Yesterday that was different, tomorrow there most likely will be different musicians filling in different spots as well.

Having listened to the album for a couple of times now, it is totally clear that Avi Buffalo deserves a spot in the new psych movement that has grown up and sort of disappeared again since 2012, while on the other hand making several totally timeless great pop melodies, that are interspersed with some loud lead guitars melodies that go off in different direction. Some even come close to Frank Zappa's signature sound. The combination is almost irresistible. The soft voiced, high singing Avigdor, the soft flowing pop melody and the wild, ferocious outbursts of the electric lead guitars; one left, one right, going for it the whole 9 yards. 'Oxygen tank' tells it all if you listen to it.

The break with the Beatlesque ballad 'She is seventeen' is all the more convincing. All of a sudden it is a bright sounding piano that takes over the sound and song. A keen harmony vocal is the cherry on the cake. If a song should be pointed at as what shows the growth of Avi Buffalo, it has to be 'She is seventeen'. I'd say because it is so different from before and better. I could have mentioned 'Oxygen tank' here as well. The piano based songs give Avi Buffalo more depth than four years ago. Don't ask me what I thought of songs like 'Shannon' or 'You're a lady' circa 40 years ago, that is my personal growth in the appreciation of different sorts of music. (And then the guitar solo sets out on its course. Sometime I wish I could eat music.)

The more rock oriented songs, e.g. 'Memories of you', are very convincing as well. The melody, the way the song plays out, it is all very much o.k. "Think it's gonna happen again' is somewhere in between rock and ballad and psychedelic weirdness in the background. The variety of songs on At best cuckold is another strength of the album. From a Breadlike, acoustic intro, to a 1967 psychedelic outing, it's all there. The Beatles and Peter Skellern? Avi Buffalo has incorporated it all. There's even a Herb Alpert sounding horn in 'Overwhelmed with pride'. I won't claim a unique mix, but certainly a 100% convincing mix.

You can listen to 'So what' here: