Born in a storm. Douwe Bob 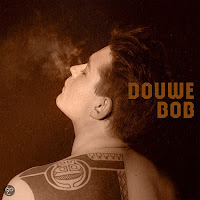 You can listen to 'multicoloured angels' here.


Of course Douwe Bob is pushed hard by Dutch radio 3 as winner of the singer-songwriter 2012 competition. He plays regularly live in radio shows, but waited with a first album until it was finished and all songs were up to par. Born in a storm is just that. Douwe Bob Posthuma presents the world more than just a singer-songwriter album. Born in a storm is a band sound. With a lot of 60s and 70s influences from the psychedelic era, country rock all the way to The Beatles. Loads of pop music with a different flavour in each songs.

Douwe Bob is a 20 year old singer from Amsterdam. With parents that both have an artistic background. Father Simon Posthuma was part of The Fool and scored a hit single, 'I saw you', in 1972 with Marijke. Music was always around and to become a musician a normal thing to do. That way it only takes talent, determination and a bit of luck to become well known. Douwe Bob managed to step forward at the right moment and was lucky enough to win the TV contest.

Douwe Bob’s voice suits his music like a glove. He can sing sweet and with this little, razor like edge. That rasp that gives his voice a soulful element, making it more expressive and alive. Not to forget some authenticity. His music splits basically along two lines. The poppy, crowd pleasing songs and the more serious, singer-songwriter songs with a country flavor. Both work well, although the pleasing songs are more my favorites. These songs are freer flowing, more fun and with golden refrains that beg singing along to. Douwe Bob manages to sing a few songs that come dangerously close to a perfect song. ‘Life weights heavy’ has these elements where everything with the exception of the solo like intermezzo near the end that make the song flawless.

There is a third element on Born in a storm though. Paul McCartney like ballads with these bitter sweet overtones. Where nothing seems to ever come right again, but some hope remains in the background. Just beyond grasping. ‘She knows’ directly competes with ‘She’s leaving home’. ‘She knows’ is not as good, but is extremely well done. The harmonies are breathtaking in the chorus. If Douwe Bob can do this at 20, what can he achieve at 24? Will he find his George Martin? (Next to have a chance to hone his skills with four singles a year and an album, at least, each year?) ‘I gave them’ is another example of direct McCartney influence. More serious, so less playful. In this case not my favorite song of Born in a storm, but very well written and played nonetheless.

The range of styles Douwe Bob touches on on Born in a storm make the album quite varied. In all these angles, Douwe Bob convinces and clearly feels at home. He’s able to find an interesting twist in each different song or a great change in the melody that just makes Born in a storm a totally aurely satisfying experience. From the clavecimbel sound on ‘Judge, jury and executioner’ to female soulful background singing in the right places.

What was also a smart move was to get Matthijs van Duijvenbode on board on keyboards and songwriting. "Duijf" is growing into the role of the side kick of all singer-songwriters in The Netherlands. J.P. Hoekstra of Krezip is on guitar. Jeroen Overmans also stems from Tim Knol's band, drummer Bram Hakkens played among others with Kyteman Orchestra. As a whole they bring out the best in Douwe Bob. While songwise Douwe Bob is already miles ahead of Tim Knol, whose band he's ravaged. With songs with the depth and beauty of 'Eliza Jane' or the 'Wild horses' quality of 'Born in a storm' Douwe Bob delivers on his promise and can only grow better in the coming years. If possible more on a live show this fall.

You can order Born in a storm here