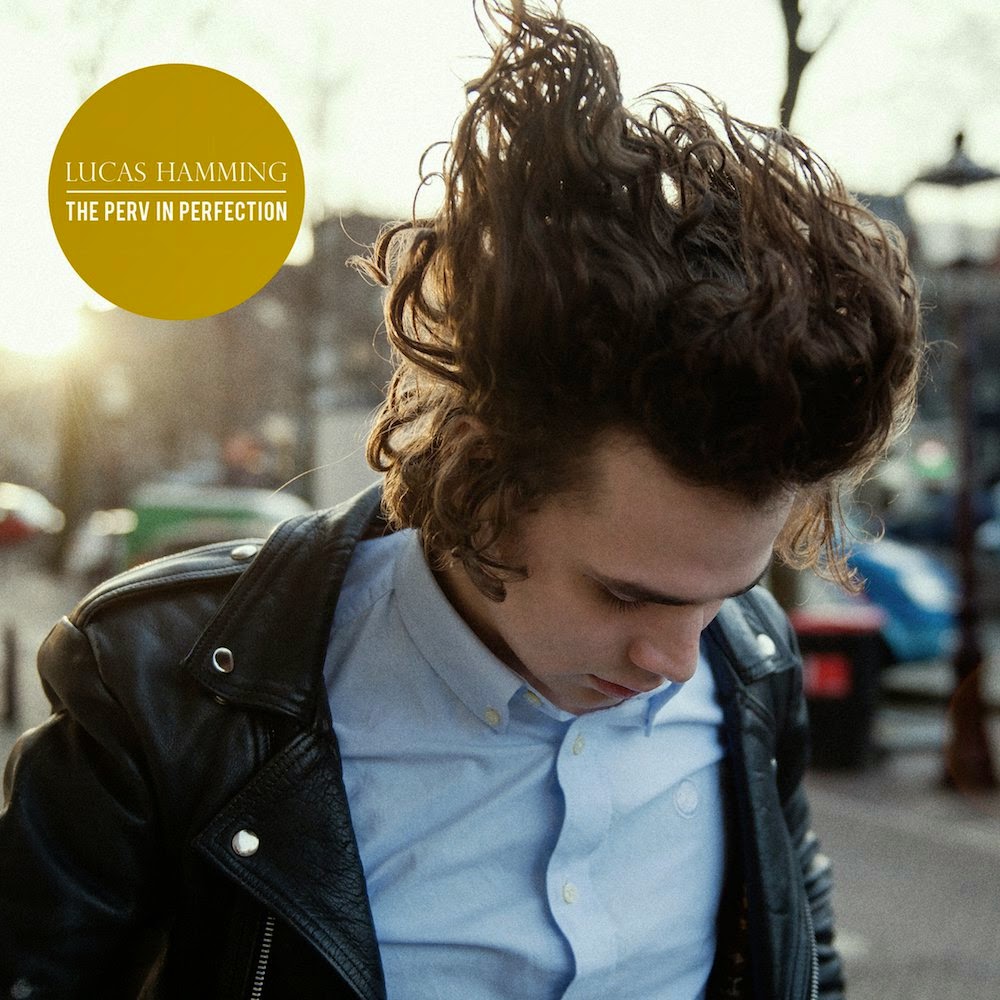 What a contrast between the angelic voices and pure pop songs of Sunday Sun and the hard rocking starters of Lucas Hamming. A young man who is being launched as a major talent, a Dutch Jeff Buckley, non the less.

In the first three songs I did not get it, with the unplugged happy session of Sunday Sun still ringing in my ears. In the fourth song something changed. Weird chords, eastern rhythms and singing and the Buckley element showed its head. The movements on stage spelled seduction, sex and fathers lock up your daughters movements. Lucas Hamming spelled danger on stage. For myself it spelled interesting music. From that moment on Hamming had me hooked. His single 'Wood from the trees' came by, a song that is broadcast regularly in the past weeks.

His ex-guitarist came on stage, Reinier, who made a different career move in the past. University and fraternity instead of playing in a band, but wanted to play an old song for once on stage. If this was a one off, then I'm totally honoured to have been present. With a larger than large smile on his face Reinier enjoyed his few minutes of fame, but showed what a fabulous guitarist he is. Fingerpicking style like Mark Knopfler and rocking hard at the same time. A truly amazing style and song.

Lucas Hamming is not afraid to show his influences. Led Zeppelin came through loud and clear in one of the songs, some Muse as well. For the rest this guy rocks out loud and can sing. He's no Buckley voice wise though, in songs he's working his way up there. I enjoyed every minute past song three into the show. There was one announcement that made me prick up my ears: "If I believe in a God, then it's Alex Turner". There is another influence that clearly shone through.

Time will tell whether Lucas Hamming is a true talent and is able to find his own voice. For now I'll definitely settle for showing a lot of promise. His EP is in the bag, so I may well return to him in the near future. In the meantime. If someone sees him wanting to jump into the Kromme Mijdrecht or the Wijde Aa with his boots on, tell him to be careful and that there are safer spots and ways to swim in this country.

You can listen to 'Green eyed man' here: