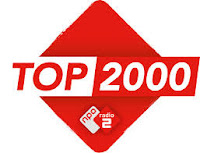 Like every year, the whole last week of the year, on radio station NPO 2, a public station, the reigns of programming are handed over to the listener. Although the list of choice is pre determined, any one who makes a serious effort can get a song into the list of lists. See the farmers' organisation who mobilized its members in these times of farmers' unrest. The action got a song by Normaal as a new entry on number 9, 'De Boer Is De Keerl'.

Over the last few years I got into the bubble created by the Top 2000 and for a week there is no other music in the house then the countdown to number 1, a place nearly laid in concrete, as 'Bohemian Rhapsody' by Queen holds on to the position for most of the years. The exceptions are nearly always special actions to get a song to the top. 'Bohemian Rhapsody' is the end of year song for millions of people from The Netherlands. The last song of the year. It feels like it has become a tradition.

With the radio comes a TV show, Top 2000 a gogo, with interviews, a quiz, a story, small documentaries about a song and music, snippets from clips from the past. Good time fun can be had by all. Well, not all, as the program is made by people roughly my age and for the same generation. The DJs are live on television from the Top 2000 café, where people can buy tickets for or stand in line and watch radio being made live. And they come in droves, it seems.

I have always been a fan of lists in music. Ever since discovering the Top 40 of the Veronica pirate station in the fall of 1968. The first Top 100 of all times I remember was in 1969. Several of the songs at the top there, can still be found fairly high op in the Top 2000. 'House Of The Rising Sun' by The Animals still is close to the Top 100, 'Hey Jude' is still in there. 'Nights In White Satin', 'A Whiter Shade Of Pale', both within the 200. Songs that last a lifetime and probably beyond.

Of course it is impossible to hear everything and I have not even bothered checking the whole list this year. Too busy doing other things. The countdown starts at 8 AM Christmas morning and lasts until 12PM on the 31st. 160 Hours of live radio, created by an algorithm telling DJs exactly what they can and cannot do. There's no time for whatever spontaneity, as the list must go on. There were hours I heard that I could hardly get through though. Deadly boring, modern ballads and Dutch artists I do not know or hits of the last 20 to 30 years, that I just don't have anything with. When will they play a good song?, I wondered, not hearing a single one before I switched it off to go back to work or relax. Make music myself, etc. My taste does not compare to that of a large section of those voting. Not all songs I voted for myself made the list. Most did though. 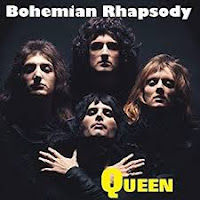 On the evening of the 31st the TV was on and the best songs came by. Not that all the songs would be this high on my personal list but from nearly every single song I could understand it listing this high. These are the songs and bands that have scored hits roughly in the past 38 to 50 years. Add grunge, Metallica, Guns 'n' Roses and Coldplay and nearly all exceptions are accounted for. Often long, epic songs, starting in 1970 and 1971. 'Child In Time', 'Stairway To Heaven', 'Shine On You Crazy Diamond', 'Piano Man', 'November Rain', 'Telegraph Road'. Songs that seem to have no end. They all precede the usually number 2, 'Hotel California' and the number 1, 'Bohemian Rhapsody'. Songs that can be called mini opera's or equivalent of a symphony. Songs where the makers went beyond the three minute pop song and went all out, reaching for eternal fame. "Some who succeeded, some who suffered in vain", to quote Ray Davies who also wrote such a song, 'Celluloid Heroes', that is not found on this list. Like The Kinks are nearly gone, The Small Faces and The Spencer Davies Group already are. A generation is slowly disappearing in the vote. Will that be the same for 1970-1975 soon? That will make a giant difference in the top 10. Or is the quality of that period the norm for most voters, no matter what age?

What in this context may be telling, is that the highest scoring The Rolling Stones song, is a song that received a "second life", as theme song to the Vietnam TV series 'Tour Of Duty' from 1990. 'Paint It, Black' has topped all other Stones hits in 2019. A song from an era where the then hits from the band have been eclipsed by everything that came from 1968 onwards in public spaces like radio. Something which is very different for bands who did not score hits after the 60s. The second fact is that Queen, for the first time, surpassed The Beatles as the band with the most songs in the list. The movie no doubt has contributed to this fact, but could well be a sign of the times.

So it's songs that defined my generation that are mostly on top now. Yet remain there for years on end already. So has almost nothing beyond 1995 had this kind of impact on listeners? Has the way younger people listen to music changed? Do they vote at all? Or were the best songs made in the decade I slowly grew of age in, the best in pop and rock? Whatever the reason time will tell, when my generation drops away in the vote. Yet, the new entry on number 4, the highest ever, is from 2019, but a song that in my opinion will not last. Like the farmer action song on #9.

For now the final hours of the Top 2000 are a joy to listen to. Filled with songs I do not have to play every day any more, because I know how good they are, know every note and tick on the vinyl version of by heart. When I play them it is an intense sort of joy, every single time. Nothing else compares to that experience, no matter how good some albums made in the past 30 years are. Nothing compares, because they were the first, imprinted on an empty sheet. So let's see what the list of list brings us in 2020 and beyond. The number 1 slot seems totally safe though.

Everything you want to know about the Top 2000 and more can be found here (in Dutch):