All WoNo Magazine readers of old, this is a warning, you better take cover, because the FF word is about to pop up in this review. In one week I noticed that my two favourite bands of the zeroes released a new single. The first, 'Love illumination', is all over Dutch 3FM radio as single of the week. The second, 'Do I wanna know?', I have not heard yet at this moment of writing. So let's take a closer look at the two new songs, but not before some in depth information.

Franz Ferdinand were absolutely my band in 2004 and 2005. Hearing the way 'Jacqueline' blew up after the mellow intro, almost literally blew me off my chair at Velvet record store and that was only the beginning of the fun. 'Franz Ferdinand' was my album of 2004, 'You could have it so much better' of 2005. All this changed in 2006. The coming of '(I bet you look good on the) Dance floor of Arctic Monkeys was a game changer. Where Franz Ferdinand was good time fun, Arctic Monkeys is, imho, nothing more than the birth of The Beatles in the zeroes all over. With three personal albums of the year since 2006 and two top 10s, including The Last Shadow Puppets, you can imagine that the new album is expected with some anxiety in my home. 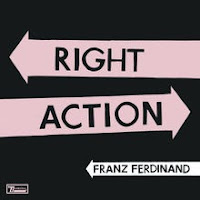 Franz Ferdinand has released two songs so far on Spotify. 'Love illumination' hits for the dance floor. It starts with a recognisable riff, that is classic Franz Ferdinand. Great fun. The rhythm is tight and neat. Tighter than ever before, I'd say. The melody just begs singing along to. At first listen something appears to be missing also. Where is the letting go moment Franz Ferdinand songs are so well known for? 'Love illumination' seems to be on hold or holding back. Listening closer, there are a few great fun moments, the high sounding keyboard solo is fabulous and the double tracked vocals also lift the song to higher levels, as does the finale with its rising vocals. 'Love illuminations' is not as much fun as 'Do you wanna', which it reminds me of most, but has its moments that will endear itself to me over the coming listening sessions. 'Right action' is the second song on Spotify. This seems a typical Franz Ferdinand b-side song. Still a lot of fun, but somewhat easier going than album tracks. 'Right action' has a few 60s elements built into it, while at the same time being total FF. An upbeat song with rolling drums, marching band style. Four years is too long, gentlemen, but it was well worth the wait so far. 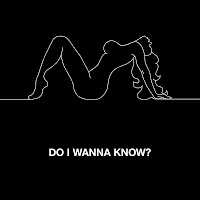 'Do I wanna know?' is the new Arctic Monkeys single, which I'm listening to for the first time right
now. What I'm hearing is a dark song, where Alex Turner is sing-talking volumes of text over sketchy music. A faint hint of a dance rhythm. High background singing. The only release comes in the chorus, but even this is sparsely allowed the listener. 'Do I wanna know?' is clearly not a song to endear to easily. As before Alex Turner is surprising his followers with different music than before, more in the style of the songs on 'Humbug' than 'Suck it and see' (as he left his first two albums behind a while ago). There's definitely some QOTSA in the chorus. A chorus that becomes more intricate and multi layered with each new listen. So slowly but surely it dawns on me that I'm listening to a great song, that, just like it's topic, is drawing me closer, turning me away, drawing me closer "Crawling back to you".

At first listens Franz Ferdinand won by 1-0, but it looks like it is a draw now or better the two songs are totally incomparable. For both goes that I can't wait till the albums are here.