Through the deep, dark valley. The Oh Hellos 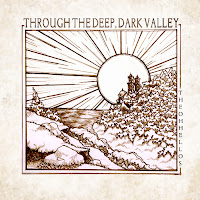 You can listen to and buy Through the deep, dark valley here.


Every other few weeks the question seems to be asked "does the world need another new folk band?" and the answer many a time is yes. Listening to Through the deep, dark valley there can be only one conclusion: this album leaves the competition far behind. Forget The Lumineers, Mumford, Of Monsters and Men, Edward Sharpe. The only one in fierce competition is The Hackensaw Boys and then mostly through the ballads of David Sickmen and Ward Harrison at that. Through the deep, dark valley has this little extra. And now I have to try and explain why I think as much.

The Oh Hellos is a duo from Texas. Maggie and Tylar Heath make up the duo and are closely related. That is about all that a quick scan on the Net brings up. Not even a Wiki has been started on them yet. There is an EP, released late in 2011, making the album under scrutiny the duo's first full length album, released in October 2012.

Listening to the album for the first time, it was clear to me that it was special, but not outstanding. Too close to what I already know from let's say the past year. Listening more up close some differences come to attention that make the album better and more diverse. The way the Heath's blend their voices and switch lead singing makes Through the deep, dark valley more interesting and lends a variety that most bands lack. Not to mention the quality of their voices themselves. Very, very pleasant to listen to. But what strikes me most is the soft influences of old style UK folk as played by bands like Fairport Convention over 40 years ago and the touches of blue grass that shine through more eclectic songs. This combinations makes The Oh Hellos more complete, even if in a song like 'I was wrong' it comes very close to its new colleagues and even towards pop rock. Then there are the harmonies that come to the rescue. With a little help from a lot of people: Matthew Hagerman, Victorio Marisigan, Anthony Ramirez, Reagan Smith, Zack Wiggs, Montana Wood. All together they make a perfect blend on Through the deep dark valley.

Opening song 'The valley' is very much new folk. It could have been on the last Edward Sharpe & The Magnetic Zeros album. All the happy, almost gospel like singing, rejoicing life itself. Big, huge, swollen to near outer human proportions. As such probably the first single for the album. The direct switch to 'Like the dawn', sung by Maggie Heath, takes the album back to the small, modest and human proportions, in mood, approach and the way everything is presented. Sheer beauty, there's no other word for it. What it also shows is that The Oh Hellos dare to look further than the new folk idiom. 'I have made mistakes' is a perfect pop ballad by any standard. Not unlike Matthew Mayfield on his recently reviewed album 'A banquet for ghosts' (click here for the review), The Oh Hellos follows its muse and offers what presented itself to it and thus clearly stray outside of the format. And then the band does an 'Alabama shamrock' on us. From total silence within 'I have made mistakes', they kick in with a banjo and a beautifully sung melody. Shivers down my spine. Here is, I think the final difference presented what makes this album so good. The Oh Hellos go the extra mile to make their debut album stick out in the large offering. To come back to this song, just listen to how 'Like the dawn' is built up, fleshed out, the harmonies, the instruments added half way.

The question The Oh Hellos and the team around it have to answer what is the hit single that takes Through the deep, dark valley out of obscurity? If 'Hey ho' can become a hit why not 'The truth is a cave' e.g.? It has all the 'Little lies' and 'Home' qualities also. Here's my bet.

The Oh Hellos deserve a lot of attention. Look them up through the link provided above. The whole album can be listened to there and the $8,- The Oh Hellos ask for the download is more than worth its money. The Oh Hellos is the new-folk band to watch, says,