Junk of the heart. The Kooks 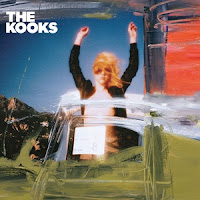 You can listen to 'Is it me' here.

In 2006 The Kooks released their first album 'Inside in/Inside out'. It contained a few great songs that I enjoyed for a while. Songs like 'She moves in her own way' and 'Ooh la' sat quite well with me, but as a whole the album did not convince me. Despite being recorded in the (then) studio of my personal hero Ray Davies, 'Konk' slipped from my records to play list pretty fast. So I never bothered listening to Junk of the heart. To me The Kooks were more The Archies than The Beatles (but better than Razorlight, I'll grant them that). And then I listened to the new album any way. Did that alter my view?

Yes and no. No because, Luke Pritchard's voice remains a bit too nasal for me to truly enjoy. The vocal is what sticks out most in most songs, so hard to get over. Yes, because I noticed that the band has made some steps in composing as well as depth of its songs. Some songs are definitely no light weight pop frizzles, but attempts at being taken seriously as band and musicians. The great dynamics in 'Is it me' graced by a great chorus and the strong rhythmic soloing, underscore just that, while not losing sight of a great song as well. Coldplayish? Perhaps, but not in a shameful way and Coldplay could wish to write such up tempo songs in 2012.

Not all songs fall in the right direction for me ('parts of 'Killing me' e.g.), but The Kooks gets the benefit of the doubt for trying. By experimenting within the form of their poppy sound and songwriting it expand its world. This always is to be supported. It even leads to a 'Blackbird' like outing called 'Petulia' with a fledgling attempt at a three part harmony.

It needs saying, Junk of the heart is very diverse. With pure British invasion pop songs where the influences of The Hollies and The Beatles and all else from the beat generation including Peter & Gordon, which the band does quite well. There are the more serious, slow paced songs and a few more modern influenced songs and I truly like 'Eskimo kiss'. My impression is that the band seems to have made a decision on what they want to be and in what direction they want to grow. If this is their Junk from the heart, they have got me curious to learn what the gold will be.


You can order Junk from the heart here