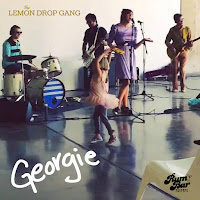 Since we noticed the single announcements, it seems as if our mailbox is overflowing with singles. Is it just because we notice them or that people started to notice our singles post? Who can tell and the answer is not that interesting. What is, is that WoNoBlog shares another bunch of singles with you that reached us over the past two weeks. Once again in two instalments?, no, three this time.

Georgie. The Lemon Drop Gang
"One, two, three, four" is the enthusiastic opening of Georgie and introduction to a delicious pop song of the kind that were so populair if and when Joan Jett and the Blackhearts would have merged with The Go Go's and the more rocking side of The Bangles. The Lemon Drop Gang does not present you with more than there is. Guitar, bass, drums and voices, that is all a good pop rocking song needs.

The debut single of The Lemon Drop Gang, from Tucson in Arizona, can be called a success. Steph O'Halloran has the kind of voice that could be found in the great early 60s female groups, transplanted into a rock band with a strong love for powerpop songs of the late 70s and 80s. Georgie is a song to check out fast, folks. 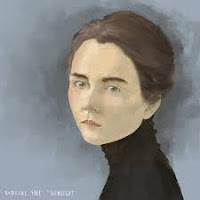 Sunlight. Radical Face
It's been a while since I last wrote on Radical Face in things WoNo. I can't even remember whether the blog already existed or not. My attention was drawn towards a new single, Sunlight. An optimistic title if there ever is one. The music is not that optimistic. Ben Cooper, as the man behind the moniker Radical Face is called in daily life, sings in a subdued way over a soft, at best mid-tempo song. The drumming is moderately busy, a slowed down version of a Madchester era song. All else is delicate, like the first rays of the sun on an early Sunday morning, creeping into my bedroom. In short, a true listening experience, just Ben Cooper a few instruments supporting his voice and my two ears. At times it is simply enough. True, a song like Sunlight has been done before, but when done right, I simply do not care and just enjoy what is on offer.

A final comment has to be on the intense artwork. Well done for a single. 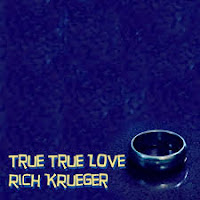 True True Love. Rich Krueger
True True Love is a nice song to play after Sunlight. Also an acoustic song, more more towards a folk and singer-songwriter segment of music, faster and even more elementary. A man and his guitar. 'The Troth Sessions' is Krueger's upcoming album. The golden wedding ring on the cover making the point towards what kind of "troth" is meant here. So True True Love is the right kind of song to release as a single. Its dark blue cover even better than the album's red. In the mean time I notice that I really, really like to listen to Krueger's voice and guitar playing. In the song he tells a story, like true singer-songwriters do. Krueger also shows that he can play an interesting guitar part as well. If I have to name a name to refer to it's Counting Crows. True True Love could have been a Counting Crows song and that is meant as a compliment here. 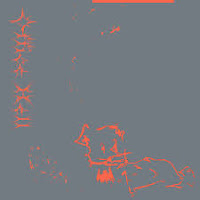 Office Hell. Global Charming
It is already as if Global Charming has a global breakthrough, so many alternative radio shows play the band's songs. Let's not forget that Office Hell is only the band's second single with three more weeks to go (at time of writing) for the album to be released. Office Hell is a song that fits in with Canshaker Pi and Petersburg, other alternative Dutch indie bands trying to make a name for themselves. At the same time Office Hell is a radical Talking Heads. The guitars weave into and out of each other, playing less easy notes but also leaving a lot of space in the song, giving the song an early 80s vibe. From the very beginning the song sets itself apart from the mainstream. Even in alternative rock. The playing between the guitars involves accurate counting as the guitars do sort of do a call and response. It sets the mood and makes the listener pay attention (or run away, which I do not exclude). An interesting second single Office Hell is after debut single 'Soft Fruit' and making me more curious for the upcoming album. 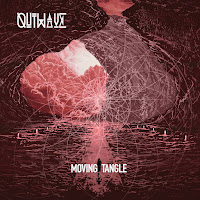 Moving Tangle. Outwave
From Amsterdam I move you over to Padua, near Venice in Italy. Moving Tangle is the first single from the upcoming album 'The Storm'. A good title listening to Moving Tangle as the song has parts that rage like a storm and give a pause as well. The melody is always there. Outwave never rocks out without a melody and is not afraid of winding the song down completely. Only to return to its full force which is great. Moving Tangle holds a lot of familiar sounds, pop rock bands, a Slash guitar solo and hints towards 80s rock bands like Cheap Trick with the melodies of later bands. There's nothing making me think this band is from Italy. Not in the music and not in the accent of singing. I can't tell you whether I would sit through a whole album, but Moving Tangle is a fine song. No doubt about it. 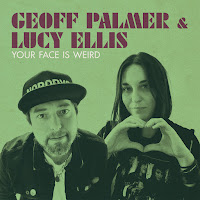 Swim. Geoff Palmer & Lucy Ellis
Geoff Palmer and Lucy Ellis take me on another trip down memory lane. Back to the days that Richey Cunningham frequented the hamburger joint of Al and being called into "The Fonz's" office. 'Happy Days' was of course a late 70s sitcom pretending to be rock and roll era, suburban America. Something like that it was. That makes Swim a fun song but far from dangerous. In the song you find a mix of innocence 60s girl bands and the Go-Go's. Geoff Palmer cruises through the song with his rougher voice, slightly upsetting it, like Arthur Fonzarelli did upset 'Happy Days', without ever getting truly dangerous of course. Swim is a nice song but I miss a pinch of pepper. 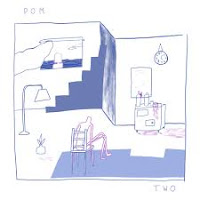 Pom is the first band signed by the new Rotterdam based label Mattan Records. A band from Amsterdam signing with a Rotterdam label, it shows why music is always a party as it doesn't matter where a band comes from. Recently so many indie rock bands from Amsterdam have popped up, I'm suspecting there must be something in the water there. Pom's first ever single, was called 'Down In The Rabbit Hole' (2019) and has that softer - louder trick all over it, with a few surprises on the side, but also a, female, singer able to sound a little bored and aloof, while being extremely present at the same time. Two, the second single, is a song that holds a clever pop feel, but also it's so clear that with this song Pom presents a totally different side to itself. A lead guitar is all over the place, very melodically so, making Two a song that gets noticed. The pop feel of ages lies all over Two, with a touch of melancholy mood Donna Blue is so good at. The two songs released so far make me so curious for what is to follow. Pom is another Dutch band to watch alright. 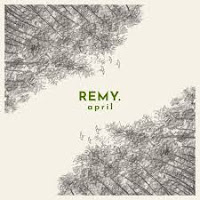 A harp is no stranger to WoNoBlog. Out of Skin has featured several times on the blog not in the least with a great new single 'Ydin' and live shows. A harp as lead instrument is something different. After releasing a solo piano album by Ella van der Woude, Snowstar Records now releases Remy. (van Kesteren's) first single, April. It is not easy to write on the work, as it is an instrumental composition. What I do hear, is the busy accompaniment while a solo melody is played over it, with some undefinable noises in the background. As a whole I have to say that it is something beautiful to listen to. My guess is that one of the tracks will make it to the 'Kairos' radioshow on Concertzender. It fits, at least in my ears. April has a meditative quality to it to dream away on. Very different from all around it here in this post but a deserved spot none the same. 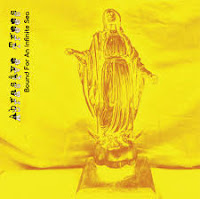 Bound For An Infinite Sea. Abrasive Trees
Abrasive Trees is the band name Matthew Rochford chose for his new project. He released a three song maxi-single led by Bound For An Infinite Sea. Those deciding to take a listen I can assure they do not need to bring sunglasses. Abrasive Trees dabs in the colour black and perhaps finds a dark grey along the road. The vocal is drenched in echo, as if sung in a deep, dark dungeon. The music reflects that mood. A lead guitar screaming out in anguish, who knows what it is subjected to there in the dark.

The songs starts a bit electronic making me think within seconds "not for me", too experimental, moving towards dance? Luckily for Abrasive Trees a melody comes out soon enough. Yes, dark and not for every day, but certainly interesting. 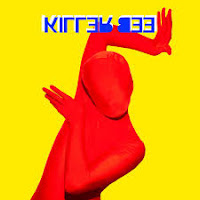 EUT returns with a new single. The band's first album was nice but not totally convincing to my ears. Killer Bee has two sides. A very electronic one before a traditional band sound joins in. Within a little over a minute I notice that the two sides are working. In fact it makes the song very, very intriguing. The dichotomy keeps switching so I never know what will be coming up next. The electronic drum is replaced by live drumming, the synth by a guitar and bass, making Killer Bee a hybrid rock song. In so many ways extremely alive. Singer Megan de Klerk really excels here. Moving in and out of the different segments with ease. I find myself attaching to Killer Bee fast and yes, give me more soon, EUT.