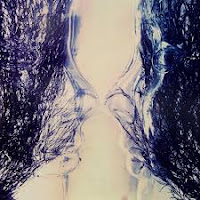 Patrick Watson has released a new album, its first in four years. It is an album that is warmly anticipated as, to my surprise at the time, I liked 'Love Songs For Robots' a lot. Chances are that Wave will undergo the same treatment.

Patrick Watson, the name of the singer/composer and the band, came into my life via a tip of Hans in Leiden who at the time still ran his video and cd rental store and organised shows at the Q-Bus in Leiden (and still does there). Patrick Watson left my life just as fast, as I did not like the music at all. So I did not go and see the show either, missing the chance to see the band really up close.

It wasn't until 2015 that I gave the band's music another try, resulting in me buying the aforementioned album on LP, playing it a lot. Now Wave is out and the album has that same ethereal quality. The music is so light, it almost seems to not exist. As if it is something reaching me from another world, something I am not supposed to hear, let alone enjoy.

This quality Patrick Watson shares with the world, while perfecting its trade by the album. Of course that is a dangerous thing to try, as there is a chance there will not be any music left to hear. It will be as if its music has disappeared behind that veil of mystique, no longer able to reach my wordly ears any longer.

Of course there are moments in which the music on Wave has accents that makes it fully human. A piano chord can be played with strength, a drum softly, but surely played or a bass part that takes care of the continuity of a song. Listen to 'Dream For Dreaming', the opening song, and you will hear this all. But you will also hear the soft synths, pulsing in the background, sort of flying over and through the song, just like Patrick Watson's high voice does. 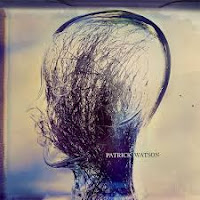 In fact each time I listen I'm surprised how many human elements Wave contains. I'm surprised because each time I have finished the album the element most sticking in my mind is the otherworldly quality of Patrick Watson's music. The Montreal based band manages to impress both ways. Having recently played 'Love Songs For Robots' again, it is easy to spot that Wave is the more direct album, in Patrick Watson's universe that is.

The result to me is an intriguing album, an album that I want to get better acquainted to, one to delve into and discover the secrets that make it tick the way it does. What makes 'Broken' such a beautiful song? The basis is a piano that plays the same notes over and over. Piano chords are added and a multitude of Patrick Watson's voice, some synths and loads of atmospherics. The song in the end flashes out as more and more is added. Impressive but it also comes dangerously close to Coldplay of the last 14 years. It is the first part that intrigues me most. The atmosphere that holds all somehow together. Mystical and not wordly this mystery part in 'Broken' is.

Wave is full of these moments, making it impossible to truly rate this album on the fly. It will take me months to get to know Wave truly and deeply. Too long, far too long for the writer of reviews on a blog, like me and not something to come back to, as the next album always awaits. Privately there are albums that I come back to and I can assure you Wave is one of them. LP quality the album is.

You can listen to and buy Wave here: