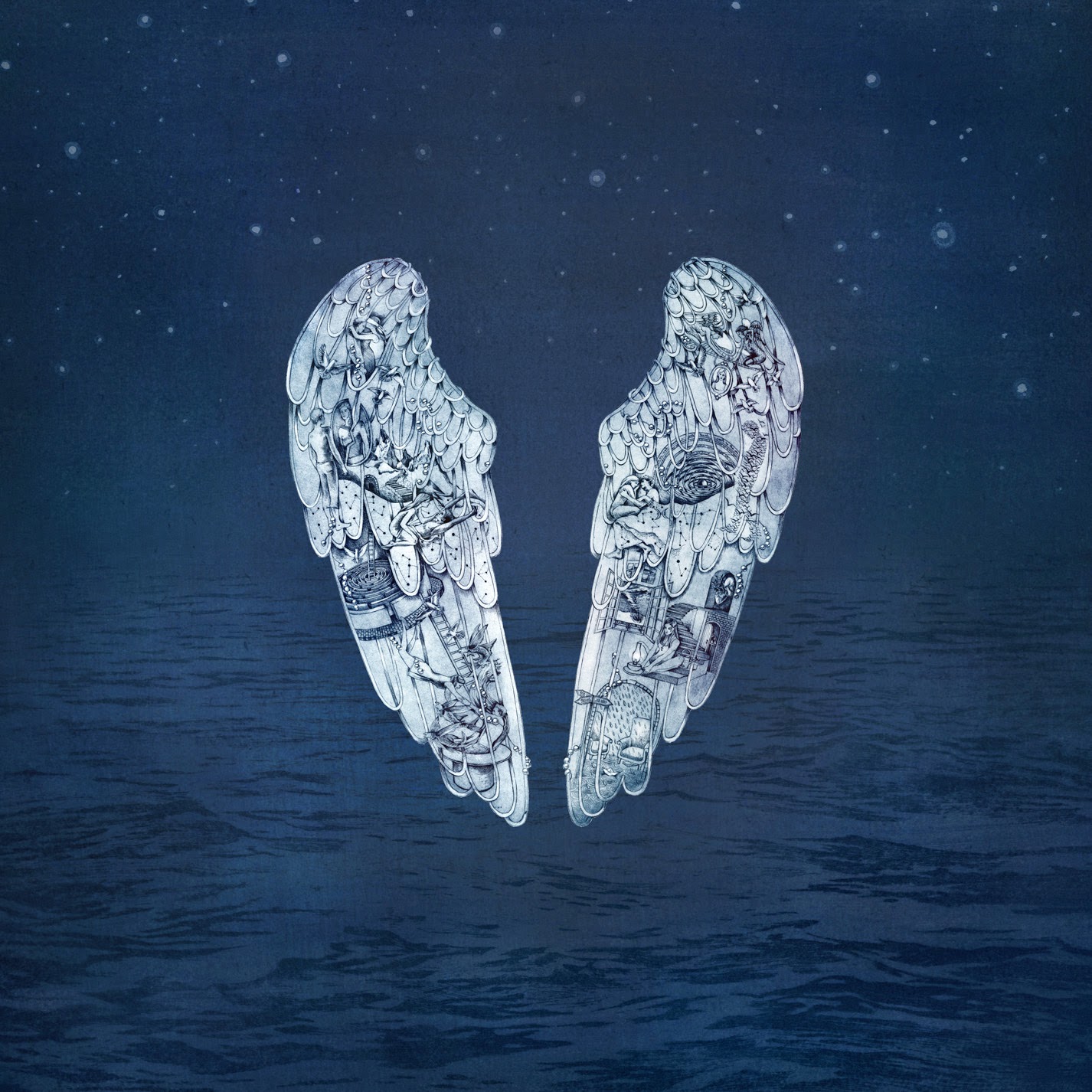 My intentions for reviewing the latest Coldplay album were not totally honourable. Severing myself from the band sort of forever was the idea. Like a lot of people I instantly liked Coldplay's first album and was blown away by the force of the second, including a pre-release show in the HMH in Amsterdam. With number three I started to have sincere doubts, although when they played the album integrally in a bar somewhere in Eastern Germany, Gera or Leipzig, I remember warming to it anyway. After that? Coldplay really lost me. So Ghost stories surely would allow me to go in for the kill?

Well, the answer is sort of yes and no. Hearing the hits on the radio made me want to sharpen the knives, listening to the same songs at home with my headphone on, it sort of shifts. If anything Coldplay can be confronted with the fact that the music sounds more and more like a formula. Devoid of feelings. More and more electronics are let into the music, with a collaboration with Swedish dance hit producer Avici to top that all off. Some songs are so far away from a band, that the question whether Ghost stories is a Coldplay album at all can be asked. As it was released as such and as far as I'm aware no band members were sacked or left, it's not necessary to ask the question. But most of all, I get the feeling that there is only one reason for another album, that Chris Martin doesn't know anything else to do. Like Lionel Messi showed the world that he wanted to be everywhere else except at the World Cup 2014. No fun, no spark, no inspiration. Just doing where he, Messi or Chris Martin, is good at, because they have to. To be where everyone expects them to be, not where they want to be. Both in a too slow tempo to really make a difference.

The other thing that I have to notice is that Coldplay grew out into one of the biggest bands on the planet, so it must be me who is bothered by the way the band developed itself. What I do know, is that it has nothing to do with a sense of loss for that little band I came to like. It is 100% the music that bothers me. What hasn't changed is that I like Chris Martin's voice. So that is a factor that allows me to listen to Ghost stories in a serious way. It doesn't save the album though. There is so little going on that appeals to me, that Ghost stories just doesn't endear itself to me. There is so little appeal in a minimal song like 'Midnight'. It's stripped down to atmosphere and electronic sounds, a little piano and a vocoder treatment of the voice as well at times? No, thank you. It's a worldwide hit, but don't ask me why.

The hitsingle with Avici is close to preposterous. Is there anyone who's happy with it? Apparently, as it is a top 10 hit around here, but if I were an Avici fan I would want to hear an Avici song and not a Coldplay song and vice versa. It just doesn't fit.

Before knives are out, I'll admit that I can listen to Ghost stories without wanting to through either it or myself out of a window. Let's opt for Ghost stories and not just because it will sail further, if I'm forced to make a choice. There's nothing that appeals enough to me to put it on again ever to be honest. If Coldplay had made its sixth 'Parachutes' or fifth 'A rush of blood to the head' I would not have been extremely happy either. Coldplay has developed itself since. For me I have to conclude that it developed in a direction that just isn't mine. The knives are back in their case. Let's just part ways. As always in music, album number 7 can be one that I will totally love. Now that would be a surprise.

But what about the shifting?, you may ask. What I found that is because of the voice, as said, but also at first because Ghost stories is well made. It sounds good. Unfortunately the sound is like a hot air balloon. Kill the heat and all comes down, leaving behind an empty balloon and a basket. Now that's a ghost story.
Wo.