Where the ocean meets the sky. Lauren Mann & the Fairly Odd Folk 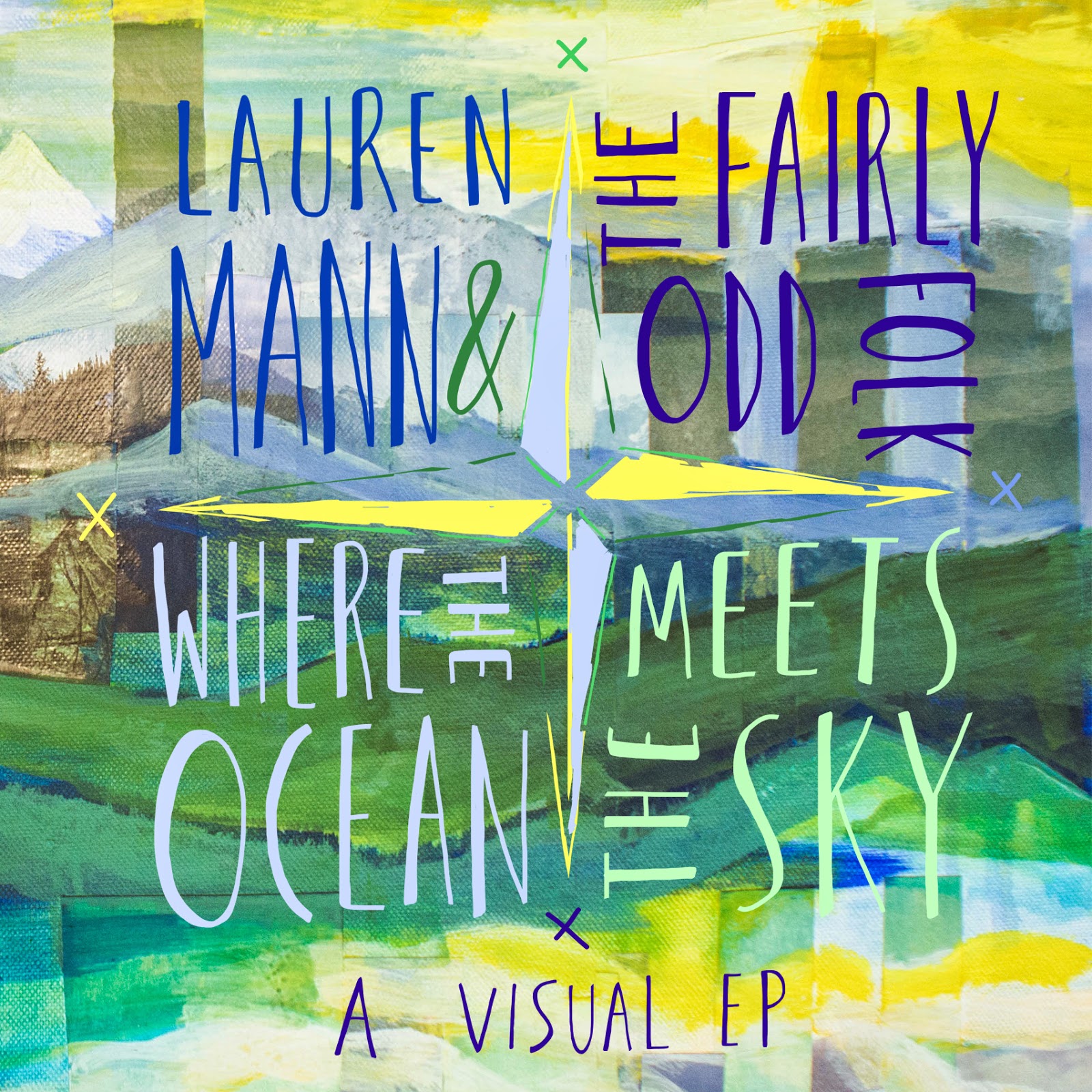 In 2013 Lauren Mann and her Fairly Odd Folk could be found regularly on this blog. Album 'Over land and see' (http://wonomagazine.blogspot.nl/2013/04/over-land-and-see-lauren-mann-fairly.html) was reviewed favourably, which was followed by an interview with Lauren Mann (http://wonomagazine.blogspot.nl/2013/09/laura-mann-interview-for-wono-magazines.html). A failed Kickstarter campaign set the band back a lot. It did not let that get it down. A competition was entered and won, which allowed them to record Where the ocean meets the sky. The official title has A visual EP in it. As we are only reviewing the music, we leave it out.

'Over land and sea' was found by me on Noisetrade. The quality of the album took me by surprise, so the bar for this EP is high. To release the tension; Lauren Mann & the Fairly Odd Folk deliver. It's not difficult to understand why it rather not record than record below the standard the band envisioned. The songs on Where the ocean meets the sky all have a beautiful, warm sound and a lush production. In other words were recorded very well. A keen ear for detail is on display. This element comes forward in the additions of extra instruments, like glockenspiel, a trumpet or a droning sound filling up the background.

Growth is another aspect the new EP has on display in abundance. Where a minority of songs on 'Over land and sea' tended towards a-nice-girl-plays-piano-and-sings-too songs, Where the ocean meets the sky is a band album all the way. From Lily & Madeleine relaxedness to sophisticated pop, some psychedelic hints and superior singing accompanied by well thought out and played arrangements. It's all there in the six songs on this EP.

'Through your eyes' is soft pop song with a not your every day rhythm. Drummer Jay Christman works the skins extensively, leaving the cymbals or hi-hat mostly alone, giving the song a stop-start sort of push forward. Drumming this way gives a song quite a different structure and makes the melody and other instruments work harder. In other words they shine through (because of?) the rhythm in a different, arguably better way, which works pretty well in the song where the EP title is derived from.

St. Lawrence is so much different. The happy sounding electric piano and glockenspiel, while Lauren Mann sings like a sixties pop-singer. What gives 'Saint Lawrence' this extra is the holding back in the singing and singing melody and the happy sounds in the background. "I never felt so alive", but more like that was the week before that other week.

On the other hand I could also write, Lauren Mann and band do not take any risks as there are no overly exiting things going on on Where the ocean meets the sky. A conclusion like that would sell this band enormously short. There is a lot of depth in this EP and the songs are not exactly taking the easy way out. A song like 'Barren land' sounds as dark as its title, without becoming just a load of despair. A fine line the band walks here and wins. Bass lines that are winners, a couple of fine guitar melodies and the moments Lauren Mann's voice shoots up and harmonises with herself, 'Barren land' becomes totally alive, the effect rain has on a desert. Far from an easy song 'Barren land' is, but a winner non the less. The same goes for 'Fragile' that could be on Sinead O'Connor's last two albums easily. A little psychedelia and a pleasant guitar melody make 'Fragile' a fine song. As is 'Changing'. Another one.

The final song is 'Wooden heart'. The closest to a "the piano girl" song on this set, but the arrangement is so different, that every thought in that direction is easily pushed away. Lauren Mann & the Fairly Odd Folk have seen a few dire straits in the past year, but persevered and came out on top. Where the ocean meets the sky is a very nice step forward from the already good 'Over land and sea'. This band deserves to be going places.

You can listen to and buy Where the ocean meets the sky here: