Alarms in the heart. Dry the River 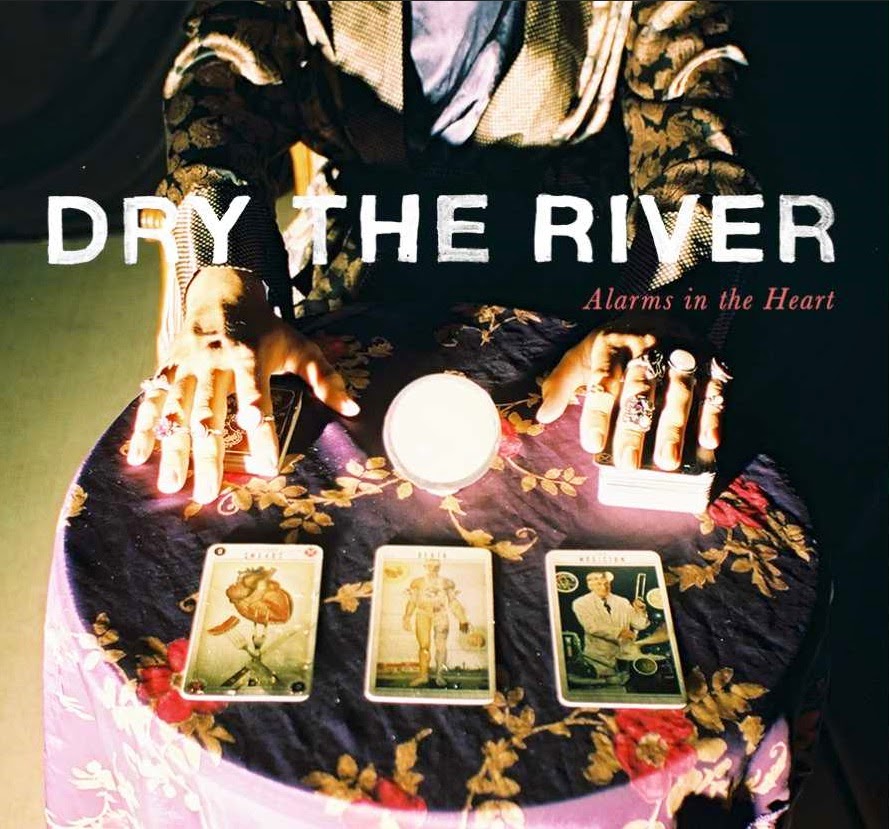 Mystery is the theme of the cover art. Mystery is a fair description of the music of Dry the River on its new album Alarms in the heart. The mystery in the voice of singer Peter Liddle and in the folk influenced music.

Dry the River featured on this blog before. Debut album 'Shallow bed' received a favourable reception in the spring of 2012 (http://wonomagazine.blogspot.nl/2012/04/shallow-bed-dry-river.html). Dry the River follows the path it walked then. The sound is recognisable, especially because of the typical voice of Liddle. Alarms in the heart not only follows the path, it widens it, paved it and turned on a light here and there. In other words, the band's second album is a strong step forward, delivering on the promise 'Shallow bed' gave.

After recording the album violinist Will Harvey left the band. There's no telling what the influence of his leaving has on Dry the River, which is now a four piece. The next record may give that answer. His contributions to Alarms in the heart are part of the unique sound Dry the River has. Alarms in the heart is varied, somewhat more intimate than 'Shallow bed' and more to the size the band has commercially. One size less bombast, aimed at playing the larger stadiums, one size more growth and a keen ear for details that pay out in playing clubs.

Another fine point of Alarms in the heart is that the band lets it Mumford & Sons references sail down the river. In the first single 'Gethsemane' electric guitars dominate the sound that makes it more like a loud Elbow in a very positive way. Playing songs is a serious matter for Dry the River. The songs are heavy, a lot of sonic weight comes from the speakers. Full songs with a lot of sound(s), spanning the whole range of the mix, is what the band presents us. Music that is present when you put it on. There's no escaping here. Dry the River is there once you put it on. Turning it off is the only escape option presented here.

I'm not 100% truthful here. Alarms in the Heart escaped me nearly. The first time round I did not get it. Wrong moment, wrong time? Earlier this week I put on the cd and got it within seconds and have listened repeatedly since. Alarms in the heart is an impressive album. Fans of Elbow, (yes, M&S also), U2, perhaps even Simple Minds can all embrace this album. If Dry the River is part of the new folk rock movement, which I personally doubt, then this is the album of its kind in 2014. I haven't heard a better one.

Dry the River shows that it can excel in the louder songs and impress in the smaller ones. 'Vessel' is a beautiful ballad, with strings and a solo violin (by Will Harvey). All ends with 'Hope diamond'. At the end of the song, another ballad, this drone sets in. It fades out ever so slowly. Be patient, as patience is paid in full here.

You can listen to 'Gethsemane' here: