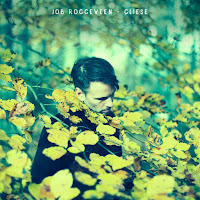 The second instrumental album of the day was released by Excelsior Recordings, another independent Dutch label and, by now it is possible to say so, becoming an expert in instrumental albums with piano compositions at its heart.

Job Roggeveen released a few albums under the name Happy Camper. After an unfortunate turn in his life retreated to an old convent in France to find himself. Here found several old pianos where he started to work on what was to become Gliese.

Gliese does not just hold a piano. There are arrangements for other instruments that can be found on the album. What sets this album apart, is the unusual sound of some of the pianos. I can hear it being played and not just the notes played, which is rather unusual.

Gliese fits into the description of new romantics. The compositions are dreamy, softly flowing like a small brook long before it becomes a river. It is a sad brook though. The water is leaving the snow or mountain side quite reluctantly, not wanting to move on. Things are fine where they are. Just listen to the title song and listen to why I come to this image.

The combination with the violin of Ben Mathot in parts of the compositions works really well. It gives some contrast to the piano and a change of musical flavour. Like Solo Piano by Ella van der Woude this album is so soothing. Though marginally different in execution, for all intent and purposes Gliese has the same impact on the listener, who is allowed to dream away for a short while leaving all troubles behind and step into a world where a piano is all there is. Close your eyes and sail away.

You can buy Gliese here: