On My One. Jake Bugg 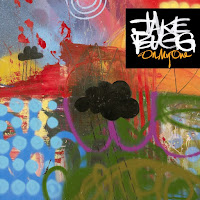 The first two albums of Jake Bugg were poured over the world within a year. After that it became all quiet on the record front and in 2016 in comes an artist in his twenties. I liked 'Jake Bugg' but it was 'Shangri- La' that really got to me. The rock and roll, Jake Bugg style, made for one of the better albums of the 10s so far. So where does Jake Bugg stand in 2016?

It starts with confusion. Nine of ten times I found myself writing "On My Own", instead of "On My One". That aside the new album grew on me. From what I'm hearing during the x listening session, I can't believe I found the album a bit flat and not very interesting at first. This does explain the not very overhasty review of an album that I like at the second or third session. On My One was digested in multiple sessions, spread over days and weeks. Looking back it needed just that to truly appreciate what is on offer.

Jake Bugg on 'Shangri La' found several perfect rock and roll like songs, that were so smooth that they, still, slide through me like a knife through the proverbial butter. These songs are mostly missing in 2016. It seems that Jake Bugg stretches out and touches all sorts of musical streams from (Stones) country to rap and from pop balladry to early Dylan folk. As colourful a palette of music as the cover is.

Reading up on On My One showed that Bugg did most of the writing, producing and playing all on his own. A next step in his development towards a mature artist. A month after the release I am able to conclude that the step is successful. Jake Bugg does exactly what a young artist should be doing: experiment, play with music to see what fits him best. Usually this growing up does not happen in public, but the extreme young age eh was at at the release of the first record in 2012, still makes him only 22 in 2016.

Having said that the step from the opening folk and title song to the hard rocking song with a dance beat, 'Gimme The Love', is large jump. The kind that makes an unsuspecting listener jump from his chair. Still 'Gimme The Love' comes closest to some of his rock songs on his previous album. At the same time a good remix could propel the song into any rave party. The rhythm is so driving the spooky synths give the song something eerie. This is a 100% score of what The Stone Roses could have sounded like in 2016.

Not much later America at the time of 'A Horse With No Name' comes by. The acoustic guitar comes up very close in the mix. The E snare resonating the whole time as if in the room. The drifting into the more Dylan and Johnny Cash outing called 'Put Out The Fire' convinces just as easily. These kind of songs fit Jake Bugg like a glove.

The surprise comes with a soul ballad like 'Never Wanna Dance'. Smooth, with a Herb Alpert like trumpet solo. Listening closer I hear the acoustic guitar that was at the basis of this song. I hear that Bee Gees could have turned this into a hit around 1978. Something like 'Spirits Having Flown' or 'Fanny (Be Tender)', some of my guilty pleasures. 'Never Wanna Dance' reaches this level easily, showing how good a songwriter Jake Bugg has become in the past years.

The strengths of On My One come out when played loud. It is the sort of album that you have to allow to embrace and envelop you totally. At that moment the ballads touch you, the rockers lift you, the folk songs land you again. On My One becomes a trip to ride if you let it take you through all the highs and lows, bends and curves, dimly lit caves and open sunshine. Play it louder is my advice.

Having done just that and setting aside my strong preference of 'Shangri La', I found little at fault with On My One. The album is a lot of things at the same time, but mostly an album that shows the world how good Jake Bugg may become in a few years. The gloves are off, nothing is holding him back. The world is his for the taking.

You can listen to 'On My Own' here:

or buy On My Own on Bol.Com: