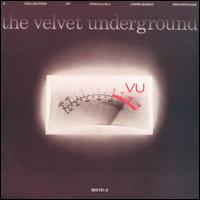 Talk to me of the 80s and music and you will get only grim stories. In short I did not like the doom and gloom of the early 80s, did not like the rap and house music that became more prominent and nearly of my heroes released disappointing records for most of the decade. Are there records of the 80s that I still play regularly? No. 'Body and Soul' every once in a while. 'Up To Here' by The Tragically Hip, but I only discovered that album halfway in the 90s. 'Suzanne Vega', but I really started to appreciate the album in 2015. It is a big yes for the number one, an album recorded in the late 60s. So there you go.

For the rest there are some great singles, but most of the albums they are on, I liked 50% of and that at best. Tears For Fears, Simple Minds, nearly all of U2, UB40, The Waterboys, etc. It goes for the all.

What I did a lot was dance. It was in the second half 80s that I started to appreciate the disco of the 70s and early 80s. As well as Talking Heads, Simple Minds. All great to dance to.

Then came 1989 and several of my heroes made a return to form. Not albums are in this list, but only barely. Paul McCartney, the Stones, Lou Reed. They are between 30 and 40 for sure. Enough talk, here it is.