Last week I left you with a promise of new music from 2022, well with No Ninja Am I's new single released yesterday, I make good on that promise. Five more singles this week, so let me not keep you waiting to start exploring them.

Plenty Of Blankets. No Ninja Am I

It has been quiet around No Ninja Am I for a couple of years. Sander van Munster was active in De Breek, a trio that has released several interesting singles and an EP in the past two years. Plenty Of Blankets announces a new album to be released somewhere in spring. If the single is a bellwether for the album it will be an intimate affair filled with songs one will want to listen to. I can give you a few reasons for that. Plenty Of Blankets to start with has an interesting melody, not an easy one. Should I wish to sing a long, it might just take some practice. In other words, it challenges the listener. Musically there is a lot to discover. The mix between the acoustic and electronic instruments is subtle, yet clearly present. The drums played by producer Wubbo Siegers (Novack, Klangstof) are intricate. A lot is happening here as well, without ever taking away from the song. The beautiful flugelhorn solo by Coen Hameling sort of tops it all off. As does the piano part sprinkled into the song in all the right places. A beautiful single in other words. 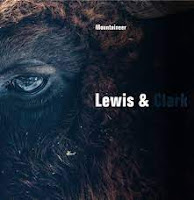 I Am Impeached. Mountaineer

Another Amsterdam singer-songwriter in the singles overview. The third single preceding 'Lewis & Clark', Mountaineer's second album to be released on 20 January. Again the sound impresses me no little. At the start I could be listening to a rediscovered Simon & Garfunkel track. Oh, so subtle and soft I Am Impeached starts. If this had only been Donald Trump's response! But no, this is only Mountaineer's new single. Listen to it and you will understand why, for some years, I think Marcel Hulst is one of NL's finest songsmiths. The beautiful harmony vocals give the song so much extra. Almost as if an alternate universe opens itself during the song. A thing only the best songs do. With a song like I Am Impeached Mountaineer sets itself in a line with the best songs of Elliot Smith, to give an example. Let's say 'Waltz #2'.  The three released singles so far promise a fantastic album. My order is in the mail alright.

A Christmas single by Shame? Yes, or so it appears as the words Christmas day can be heard in the song. For the rest it has little to do with a Christmas song as we know it. According to the title more with the pagan fest of the winter solstice as Baldur is one of the sons of Odin, without a role in 'The Avengers', until now at least. Baldur's Gate is a soft song, by Shame's standards that is. The guitars are acoustic, there's a little synth played. This allows for the bass to be heard in a prominent way, taking the song by the hand, followed closely by the drums. It took me a while to get into this song but once I did I was at ease with it. "Take me gently", Charlie Sheen sing-talks and his band did just that. Baldur's Gate is one of those songs that show that also with acoustic guitars a great rocking song can be built. And what did the synth sound make me think of? After the song finished I could follow my brain into 'Marrakesh Express', Crosby, Stills and Nash's first hit single. Coincidence? Probably not. Fact is, it colours Baldur's Gate no little. 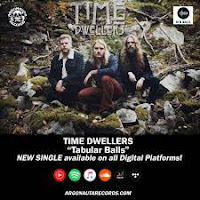 Tabular Balls? I can't help being reminded of 'Tubular Bells' at the beginning of the song, well after the huge intro that is. Don't worry, this song is no joke on things past. Perhaps a well-meant nod to a great progrock album now almost 50 years old. Time Dwellers take their 7.19 minutes long single into a totally different direction. Progrock does remain the word describing the song best. Tabular Balls is the Swedish trio's first single of its debut album, 'Novum Aurora', to be released somewhere in 2022. Tabular Balls is a song that builds and builds. The instrumental intro slowly builds towards a release it seems, but patience is the word here. Time Dwellers has certainly listened to its Norwegian colleagues Motorpsycho and Soup. Mixing in the best of the 60s and 70s while leaving enough of itself to enjoy to make the song its own. Tabular Balls gives the listeners a lot to discover and makes them curious to learn more about 'Novum Aurora'. 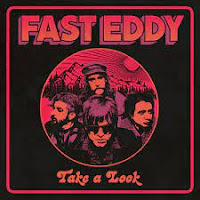 From Sweden to Denver in the U.S. musically is a small step on this blog. Take A Look is a far more straightforward song than all in the above here. A singer with a punky sneer in his voice, a rock song with a nice boogie in it. What more can a rock and roller ask for? A good melody and Take A Look has that as well. Yes, you will have heard it all before somewhere in the past 30 and a little years. In the U.S. in Britpop, everything. The song starts ghostlike, as if the music comes from another world but when it comes through, it comes through in the greatest of ways. The oh-ohs are fabulous. The rock just like I like it and the boogieing ending loads of fun in its surprise. A nice introduction to Fast Eddy Take  A Look is.