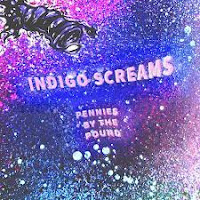 This week's singles are a little more conform than usual. We have a lot of modern and retro rock for you, loads of guitars as well. A smattering of electro pop with a strong 80s vibe. A debut EP by a band contending to be the next Wolf Alice. We end with a beautiful, surprising cover version of one of Bruce Springsteen's most famous songs by an Irish-Dutch singer-songwriter. As always you can here it all (mostly) on our Spotify playlist.

Indigo Screams. Pennies by the Pound

With the album Heat Death Of The Universe out, it's time to put some attention to the band Pennies By The Pound. Indigo Screams combines several influences into one song. Everything from Fish era Marillion to more modern prog rock like Porcupine Tree and little Britpop lead lines in the vein of Supergrass before the guitar escapes into a more progrock style soloing. The result is a song that commands listening to. There's so much going on and at full quality at that. Ride's Mark Gardener is involved as the album was masterded in his studio. It would be easy to write off Indigo Streams due to the obvious influences but that would be a mistake. This is progrock in 2021 and it has a great pop feel at that. This single is quite the invitation to listen to more. 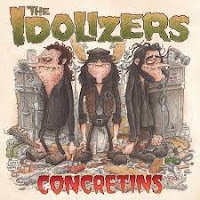 (Whatever Happened To The) Radio. The Idolizers

Listening to the song my guess is that it exploded when it played (Whatever Happened To The) Radio. The Idolizers had a ball whilst recording this song. That much is clear. It takes the band 22 seconds to truly start the song, having too much fun singing together about that radio and cranking out some killer, little solos. Vocally this is not the best band in the world. That fact is more than compensated by the great rock and roll of the 70s playing behind the singing. The rough sound of Mike Dee Thrill Sergeant's voice is more than befitting the tough, tight playing of The Idolizers. The lead guitar plays some great parts here, with a nice sound to it as well. And then listen to what Dee's bass does underneath it! A great walking bass part. Excitement, that's the word I was looking for. 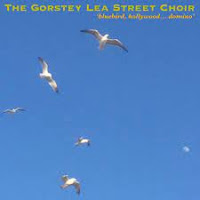 Before I heard a single note, I had two thoughts: 1) Bluebird? I always think of Paul McCartney and Wings. It's that simple; 2) With a band name like that who ever thinks he will be successful? Are you kidding me?

Whatever your thoughts might be, set them aside and take a listen to Bluebird, Hollywood ... Domino, as it's worth it. Faint traces of '500 Miles', The Proclaimers' hit, mill through my mind, but this is not an exuberant Scottish folk song. No, this song brings together decades of pop and rock music ranging from Marillion to 60s pop. The clear drumming sets the irregular tempo of the song. Guitars come at me from all angles, the bass is straight in the middle and walking its own route. The double-tracked vocals set an important part of the mood of this extremely strange folk song, because underneath, somewhere deep down it is. Two teenage friends reunited at a birthday party in the mid 10s. What a result. 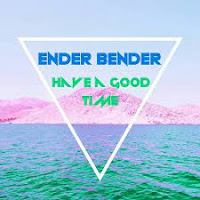 Have A Good Time. Ender Bender

From L.A. to Rome. In the modern age it is easy to travel there, but moving permanently is the result of a process. Eddie Olgiun, who is Ender Bender, went through that process and now lives in Rome. His music is something of a travel as well. In his music there are so many references to 80s synth pop that the song, almost, could have been made, at the time. Pet Shop Boys, Depeche Mode, just two names that come to mind. OMD a third, in the little, solo keyboard notes. There's something else Olgiun likes and that is a good old synthlike guitar solo in the style of late 80s rock. Slash's e.g. I have a little difficulty with the singing, but on the whole Have A Good Time is a nice, varied and hybrid-styled single and I'm quite happy to write about it. 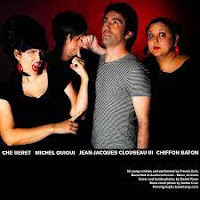 Yes, there have been one or two singles by Rum Bar Records that I did not like, but on average? Man, what a quality comes out of the Boston label. Led by singer Che Beret 'Twisting By The Pool' gets a garage rock overhaul. Once again there's so much energy balled into an under three minutes pop rock song. Easy to sing along to, a great solo and speed. Think The Ramones with Debbie Harry as singer. (A lot better to look at to, right?, but that aside.) I also can't help wondering how much fun went into this song. French Girls is able to bring that across in a world apart through bits and bites and that is all rock and roll is primarily about. Having fun at making it, playing it, singing it, listening to it and dancing to it. Summertime holds it all. 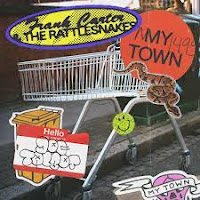 My Town (feat. Joe Talbot). Frank Carter and the Rattlesnakes

Frank Carter has found his way to these pages before with his band The Rattlesnakes. He brings along a guest today, Idles singer Joe Talbot. Say Frank Carter and punk energy comes to mind. Collaborations can be nice, but I wonder whether My Town would be less good without Mr. Talbot. A little name dropping may be a good thing for Carter, who knows? In my mind, it is opposite, as My Town is better than any song by Idles I've ever heard. In My Town Frank Carter and the Rattlesnakes merge pop and punkrock extremely successful. Any merger lawyer and manager would be proud of such a successful merger. The drummer uses his skins for cymbals creating a forceful rhythm setting the song into gear. It gives the song a different drive than most songs from the very beginning. The dynamics within the song do the rest. Carter's singing is fantastic. The rough voice of Talbot almost a dissonant, in this version. For his own band this could be great. Once again, I simply love a song by Frank Carter and band. 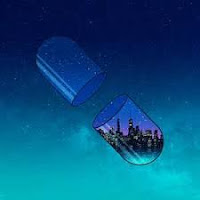 What a weird metaphore! Just think of what happens when she leaves them on the train, fall of her head on the bike, crushed by a passing lorry, what if she gives them away? Aarghh, the traumatic experience almost becomes tangible thinking of it. So, no, I'm not going to live there, sorry. My re-acquaintance with The Vaccines, it's been a while, is pleasant though. The band once again shows itself to be a nice heir to the Britpop legacy. The pop within the song is all one can wish for. Nice, sweet-flowing but with that little edge making the song stand out. Now I don't think the band has another 'Wrecking Bar' within it. That entrée was one it never got over. Headphones Baby is a totally different song but oh so sweet, that's for certain. 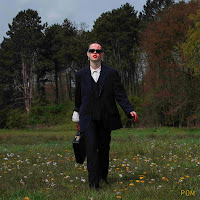 With Lately Pom releases its first EP after a string of three singles over the past months. An 020 band on an 010 label. Luckily music does not equal football (and what would the one be without the other?!) Lately is another example of the excellent indie pop-rock coming out of The Netherlands in the past couple of years. In its songs Pom searched for and found a perfect mix between the dreamy and the concrete and between the slightly sad and happy. When the vocal melody is slightly melancholy, the lead notes on the lead guitar are bubbling over with excitement, like in 'Two'. The only disappointment with Lately is that I'd hoped for a whole album and not a four song EP. With Lately Pom places itself in league with U.K. bands like Wolf Alice and if these four songs are anything to go by, Pom could be better than Wolf Alice was at the time of its first album. From there a big jump is necessary to keep up (not to speak of live presentation).  Singer Kim has a level of self-confidence she manages to put into her voice. It results in a sure-fire presentation where she plays with her voice's textures, varying her presentation and with it the mood of the songs. If Lately is anything, it's a major promise for the future, not to forget so good. 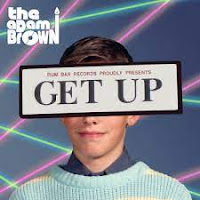 Get Up. The Adam Brown

It appears fans begged for ages to have this song released as a single and I can understand why. The Montreal trio manages put more pop into two and a half minute than other bands manage to squeeze into a whole career. From the oh-oh background vocals in the intro things are clear. This song can't go wrong with elements like these. When a song is this good, it is easy to forget how much hard work most likely went into the song to make it that good and free flowing. Because that is what Get Up has, that flow making it incredibly good. The female background vocals give it that little extra. The thin organ sound contrasts with the rocking guitars and firm drumming. The way the song starts reminds me of a band I played in for a while, two hits with the sticks and off we went, whether we played a sensitive ballad or a rock and roll song, the drummer played just as loud; we did not play for long together. The two clicks here do all they are supposed to: kick in a great rock and roll song. Because that is what Get Up is when all is said and done. 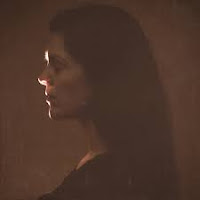 Dancing In The Dark. Jane Willow

In the days before Corona Jane Willow found this blog and me. Not much later she played a living room show for friends and neighbours and moved all present into buying her mini album. A certified record sell in that living room it was. She went back to Dublin and the uncertainty of being a musician, before Corona. We all know what happened next, but can only imagine what it must be like for an artist, when all income drops away instantly in an already uncertain market.

Jane Willow started releasing songs on Friday, including an accompanying video. Although it does not make money, it did get her a slowly rising audience. One of those songs is now released as a single, a cover of Bruce Springsteen's Dancing In The Dark. I'm not a Springsteen fan, but it is almost impossible not to like this song after hearing it for all those decades. Somehow nostalgia plays a role here. This version though is totally different. I simply love it. Jane Willow has made it totally her own, with a soft accompaniment making it jazzy, with some Nick Drake connotations a well. The way she plays with the phrasing of her singing gives the song a different and own feel. Believe me, this version is in strong competition with the original. A full album is underway after the fundraising was successful in the fall; also thanks to a few present at that living room show.

Usually I do not do this with singles but for Jane I will make the exception: buy Dancing In The Dark digitally here: