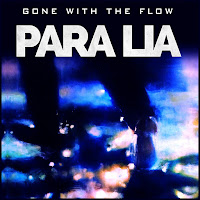 Now Para Lia, the Cottbus, Germany band of René and Cindy Methner, has released two albums and some singles, most were reviewed on this blog, it was time for me to learn more about Para Lia. What is behind the strong imagery of the album 'Gone With The Flow'?, was something I was particularly curious about. René Methner answers all in this interview and shows how strongly he was motivated by the work of artist Louis Renzoni, with whom he fully collaborates, both ways, as you are about to find out.

Para Lia is not an average name for a German band. What is the reason for the band’s name and what makes Greece special for you?

Παραλία means "coast" or "beach" in Greek. It was the place Cindy and me once thought about a name for the alt rock project we were working on. We, and me especially, have a deep connection with Greece. It is the place where you can take a deep breath to fill your soul with energy – when your batteries run low.

You are a duo, where you, René, create and play most of the music. Can you take us back to a time before Para Lia. Did you play and/or sing in bands?

I started to make music in a band as a student when I was 18. Our band was called ‘The Shuttlecocks’ and we started with 3 chords, practised every day, played live gigs then, recorded an album, produced a CD, got good critics in zines like ‘RockHard’ – and then we split. After The Shuttlecocks I played in a band called ‘Molz’. Later I paused because of different reasons. But never stopped to play the guitar. In late 2017 I felt the urge to write my own songs again – there was something inside of me, wanting to get out – and with the song ‘Soap Bubble Dreams’ Para Lia was born. 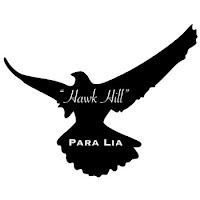 Was there a special reason that you decided to start working on your own and if so what was that reason?

It is a freedom in writing, playing and recording your own stuff. You are not bound on special times in the rehearsal room for instance, you are not a slave of the ‘band members time management’, you can work whenever your own creativity and your own time allows it. I love that.

You are first a guitar player is my guess. What are your favourite guitar players and which one(s) influenced you most?

I got my first acoustic guitar as a teen and from somewhere I got the ‘Live Rust’ album by Neil Young and Crazy Horse. I started to jam to songs like ‘Cortez the Killer’. I still love the Crazy Horse stuff and it is definitely a huge influence. I love a melodic guitar – with a good dose of edges. I also love the style of J. Mascis – ‘Riders On The Dike’ from the last album is a kind of a musical reminiscence. But I am also a fan of the 60’s garage rock and the early fuzz sound of that era. And there are a lot of indie rock bands of the 90’s with a fantastic guitar sound, such as Seam, Pixies, Buffalo Tom, Motorpsycho, etc. 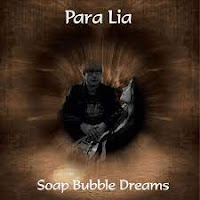 If you could pick one band or artist that you could play with who would that be and why?

Norway's ‘Motorpsycho’. One of the best live bands ever in my humble opinion. Pure magic.

What were your favourite albums when growing up? Has that changed over the years?

I still love the stuff I loved when I was a young guy. Besides of ‘Live Rust’, definitely ‘Doolittle’. So bloody cool and musically a cathedral of indie rock. As a teen I also discovered bands from the previous times, such as Slade – I still love their energy.

You’ve called your new album ‘Gone With The Flow’. What is the idea behind the title and where did the flow take you?

To a collaboration with the New York based artist called Louis Renzoni. Music and paintings – the meeting of both and the relationship between both art forms is the essence of the album. You can get an impression if you visit the 3D online exhibition with all album songs by Para Lia, paintings from Louis Renzoni, background informations, videos etc.

Give it a visit here: https://www.sophisticatedape.com/gone-with-the-flow-exhibition/ 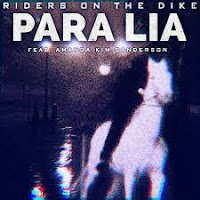 Another image that returns are “the riders on the dike”. Where are they going and what makes this image so strong that you used it twice on the album. (And where is that dike?)

The image appears first on the album in the track 'Children Of The Flood‘ as "rider on the white horse on the dike". Louis’s work plays with many interesting shades and suggestions. A lot of his paintings connect the modern with expressions which seem to come from 19th century aesthetics. It feels like a surreal view into the Victorian age. With this thought in mind, the lyrics to ‘Children Of The Flood’ made an appearance. Having a base in one of the finest lyrical "paintings" of the German 19th century novel ‘The Rider On The Dike’ by Theodor Storm. A dark novel, a Faustian plot, and a ghost rider on a white horse on a dike. The lyrics attempt to connect the overall impression of Louis' and Storm’s work to a current narrative, to save the dike, perhaps a metaphor for much of what we see happening around us? The balance here was to try and hold back the outright rage which is often part of modern discourse.

"The darker the shadow the brighter the light" is a quote from Louis and was the title of one of his exhibitions in NYC some years ago. 'Riders On The Dike' is the companion piece to the track ’Children Of The Flood‘ and it provides the light to the dark of ’Children..‘ It's a straight ahead 3 chord progression which carries the lightness at a galloping pace.

In ‘Fade To Grey’ you sing that you slowly “fade to grey”, while the music does everything but fade to grey. Was it a conscious choice to have the upbeat tempo and guitar sound contrast with the lyrics?

With the lyrics and with the monotonous voice, yes. But the main ‘image’ here in the track is not the part of the ‘fading’. It is the part of the fear of the artist to fade away because he feels that he lost his muse and his creativity. He is nervous, desperate, begins to become insane. Like a lover who lost his love.

You are from Eastern Germany. When the region is in the news here in The Netherlands, it usually is not very positive. You live there and have lived through a period of great changes and transitions. Has this influenced you in your songwriting in any way?

Of course it did. In the ‘German Democratic Republic’, the former socialistic part of Germany, there was a heavy censorship. Songwriters were not allowed to say what they wanted to say in a clear way and so a lot of song lyrics from that period are very picturesque, full of metaphors and stuff. I love to  write some of my lyrics the same way – one of the reasons why ‘Gone With The Flow’ became what it is – full of metaphors - musical paintings – visually surrounded by Louis great artwork.

You are from Cottbus. Is there a music scene in Cottbus and if so, who should we start listening to?

Give a listen to the Sandow song ‘Born In The GDR’ – and you will have a good impression of the alternative music scene of East Germany in the late 80’s. Today there still is a fine music scene in Cottbus, far from being one dimensional. Heroes of the Cottbus indie rock scene, still are the guys of the band ‘Hundert11’ who offer a sort of fun-punk-alt-rock’. The Cottbus radio station ‘Radio Cottbus’ offered a weekly special called #supportyourlocalartist. A great idea – and it widened the horizon for the huge variety of quality artists we have in our region, so as Mägniss, Emotional Winter and so many more.

The drumming on ‘Gone With The Flow’ is tremendously tight. I understand that you programme the drums. How do you build / record your songs? Where do you start?

With a song playing in my head. So I grab a guitar and start to work it out, first I arrange the drums and record the drums. Then I usually add the bass and the rhythm guitar and step by step the rest. 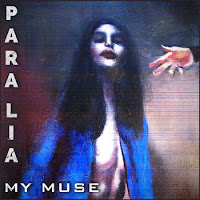 Cindy sings lead on ‘Kassandra’. What made this her song?

I wanted her to sing the song from the moment the song began to play in my head. And I worked it out with her voice in my head. So it was a natural process.

‘Gone With The Flow’ was released as a beautiful LP. Can you share a little about the artwork? What made you chose the work of Louis Renzoni, as it is such a strong imagery?

This again is a question I would like to answer with: Hey, head over the exhibition on sophisticated ape and get your own impression and get some background information. (https://www.sophisticatedape.com/gone-with-the-flow-exhibition/)

In Corona days there’s no need to think about performing live, but let’s suppose (and hope) that things will go to normal in 2022. What are your plans with your music?

We are working at the moment on new material. First songs are finished. But we are unbound – and so there is no pressure behind it nor a timeline. Maybe it becomes an EP? We will let you know!

You can order and listen to Para Lia's music here: