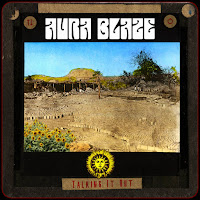 This week we present another batch of recent singles. Some artists are familiar to the blog (for years), others are more recent discoveries or even can be found here for the first time. Again you will find an amalgam of music from different corners of what music has on offer. So sit back, click on the link below and undergo this interesting mix.

Talking It Out. Aura Blaze

Aura Blaze has featured several times on this blog. You will even find an interview with Rhode Rachel, the man behind Aura Blaze who plays all instruments and takes care of all singing. With Talking It Out he releases a new single that takes on an even more poppier and 60s influenced song than ever before. Talking It Out starts slightly darkish. Just Rachel singing over a piano. But slowly yet surely a The Beach Boys sound is brought to the song, Harmonies all over the place and 60s sounds from a old-fashioned sounding organ. The Beach Boys of circa 1970 were less sparkling than they used to be and certainly more complex musically, but creating songs at an artistically high level. Aura Blaze manages to creep in between the two The Beach Boys styles and present both angles in one song. Simply well done and nice to listen to as well. More recently Aura Blaze released another single with a familiar title. Of course The Doors' The Crystal Ship it is I'm referring to, one of my favourite songs on that band's debut album, 'The Doors'. But is this a cover? I don't know. It starts off as an extremely psychedelic track, somehow reminding me of 'Triad', by Jefferson Airplane somewhere deep under the atmospherics Aura Blaze presents. As soon as that dies away and Rhode Rachel starts singing, there's no doubt left. This is The Crystal Ship alright. That beautiful, dreamy, psychedelic ballad gets a full treatment. Just like a The Doors live show used to draw certain songs out of their familiar habitat, Aura Blaze simply goes off into uncharted territories where The Crystal Ship is concerned, underscoring the lyrics I might add. Yes, folks, things really, really go over the top here. As if in an afterthought Rachel shows how sound he is as a drummer. To think that this is not a live show going out of bounds but one man in his private studio totally flying off in all directions. Too much of a good thing? Yes, of course, but several parts of the song are showing Rhode Rachel's talents alright. In part he makes the song fully his own by changing the melody as well. An experience as well as a satisfying listen. 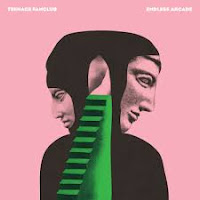 Accompanied by a corona virus one and a half meter apart video, Teenage Fanclub reenters my llife with a beautiful, unassuming single called Home. At a time we are all confined to our homes for most of the time, the band sings "I don't know if I'll ever be home again." Somewhere around the year 2000 the band slowly left my conscience. Having entered it with the beautiful 'Thirteen', showing me the way to a great band I had never heard of before, Big Star, now one of my favourites of the 70s. On Home the band just plays well and sings beautifully. "Simply" doing what it is good at: crafting a beautiful and free flowing song, but never forgetting to give it a little bite. In this case that edgy sound of the guitar in the outro. All through it the warm sound of an ancient Vox organ sounds out, making the song even more enticing. 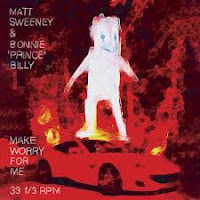 Make Worry For Me. Matt Sweeney and Bonnie 'Prince' Billy

Collaborating with Matt Sweeney expands Will Oldham's musical universe. His usually alt.americana is set aside for a brooding, soft form of alternative rock. Guitarist Matt Sweeney creates an alternative environment for Oldham's voice to creep and crawl around in. Make Worry For Me is such an example. Sweeney starts the song off with just a guitar over which Oldham starts singing. Slowly but surely the song expands and expands. Although the song comprises of basically two chords and some changes, slowly but surely a deceptive kind of warmth is created by the Hammond organ. Make Worry For Me is the kind of lyric that fits the brooding atmosphere the song holds inside itself. "I've got monsters inside me", Bonny 'Prince' Billie sings and the music shows it. The lead guitar is like poisonous snakes crawling up someone's leg, while being tied to a tree. That kind of song. It's as intriguing as it is good.

Compersion?, that's a word I've never heard before. This goes well with Arab Strap. Although I've heard the band's name years ago, perhaps in the 00s, for the first time, not for the life of me I can remember having heard music. So, that changed with this single. With a mild Scottish accent a singer works himself through the song. Sing-talking is the right description here. A guitar plays a nice but somewhat off kilter melody. Around it a stiff bass and drums lay down the rhythm. An organ takes care of the melody as does a distorted lead guitar. Compersion, Part 1 isn't an extremely alive single but more than enough happens to make it a great listening experience. Alternative sounds can be mixed with a pop feel alright. What Compersion means, you can look up yourself, right? 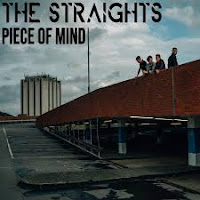 Piece Of Mind. The Straights

Piece Of Mind was the second single Boston released from its eponymous album of 1977. The Straights song isn't even that far apart from the classic rockers around Tom Schultz. This Piece Of Mind is more punky but obviously melodic and influenced by bands like Boston as this is far from a punk band. This U.K. band taps into decades of pop music, not unlike Taymir did in this country about seven years ago. With a youthful exuberance and self-confidence The Straights simply shakes existing music around with wild abandon and comes up with an enthusiastic song of its own. Bam, 5 and a half minute full of pop, rock and dynamics is thrown towards unsuspecting listeners. The kind of song that is simply great to listen to. If I were to listen critically, I would hear a thousand references but when a song is so enthusiasticly played and sung, who cares? Relax, piece of mind is all that is called for here. And lots of dancing of course. 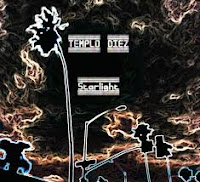 From straight forward rock we move on to a song that hides many facets of itself in atmosphere and subdued sounds. It may be called Going Surfing, it's not like the singer, nor band, seem to be having a good time. Drawn from memories of a youth spent in a French surfing resort, I can't suppress the impression that the singer did not like it there particularly, singing and writing about surfing this way. The contrast with the late 70s hit 'Windsurfing' could not be much further apart, so to say. If anything, the less is more principle is guiding on this single. The wildest contribution are the little bells that are played. Like a guiding light in a dark night the little bells sound clear in the subdued darkness around it. After a few listening sessions I'm still not certain what to make of the single. On principle this is beautiful music. The way the song is presented is very well done and with a lot of taste. There are a load of beautiful sounds on the song, but is it worthwhile to really invest in? I'm not certain when finishing this little piece. 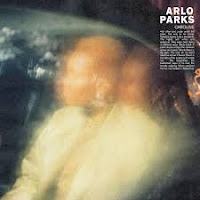 A few weeks ago we've met for the first time with Arlo Parks on this blog. A positive introduction it was. Today she returns with a new single called Caroline. Again a modern song but mixed with so much from the past that in essence this could be a decades old song with one major difference. There's no singer from 50 years or a little less ago, that managed to sound and sing the way Arlo Parks can record her voice in 2020. It all results in a beautiful, dreamy song. She swears to Caroline and God that she tried. Whatever it was, that needed swearing on, it results in a beautiful song. The music is somewhat murky. A lot of sounds all heaped together, with the drumming sounding clean and right in the middle up front. Over it all the voice(s) of Arlo Parks dreams on. No, this is far from a song that fits my overall taste, but I can only conclude that this is the second song of Arlo Parks that really goes down well with me, making me really curious for the album that is to be released early next year.

In this tempo Maxïmo Park will have released the whole album as a single, as it is only to be released late in March. Again, I have to write that the band will never write a new 'Apply Some Pressure' again. This forever will be the band's top song. But what I've heard so far from the up coming album, things will be alright. I Don't Know What I'm Doing is not only a nice, nervous song, like it should be with Maxïmo Park, it also sounds inspired, alive. The song rocks out in the right kind of ways and it is hard to predict what will happen next hearing it for the first time. The lead guitar is totally erratic, as is the chorus that cries out in a kind of desperation. The solo is totally weird and kind of far out. It rocks but is also totally psychedelic in a Maxïmo Park kind of way. The song simply flies off in all sorts of directions until the end of the elastic band is reached and is reigned in to fit in again. Really promising for what is to come next. 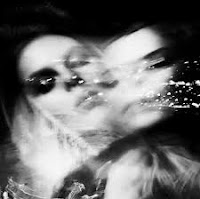 Death Engine is a mix of heavy 80s synth music and the mystic singing of Kate Bush. With this conclusion I can basically stop writing. Orchestral Manoeuvres in the Dark, the not pop single side of that band, to name a band and Kate from around 'Hounds Of Love'. The music is all from machines, sounding heavy and downcast. A drum computer may be added and the words are about suicide and running straight into the light. Only logical that the music reflects the words. This is heavy stuff. Do I like it? I notice mixed feelings. It is well made and this is not just synthesizer music. There's a melody and obviously worked out with care. It's simply that I miss a ray of light, a glimmer of hope and that makes it long seven minute something to sit out. Should you think this is a long song, the remix closes in on 10 minutes.