Life: The movie. The Walkabouts 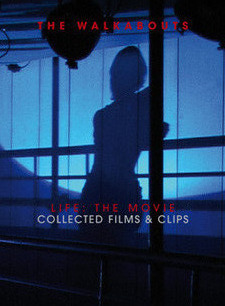 You can listen to a recorded radio show on KEXP from 2012 here,

Seattle based The Walkabouts went into something like hibernation in 2005, after the tour following their album 'Acetylene'. Singer and songwriter Chris Eckman lived in Slovenia's capitol Ljubljana while the rest of the band went back to Seattle. Eckman recorded many things, but nothing for his band. After 17 years of records the band seemed to die a silent death, just a memory of all these great albums in the nineties that were pounded out at tremendous speed. The fans were surprised by a great new album in 2011, 'Travels in the dustland' (read the review here). The band returned to great form here. 2012 came with another surprise, a tour and a dvd of the 2005 tour. Over three hours of film. A tour documentary, as non-descript as they usually come. All video's the band released in the first ten years of its recording career. Interviews with the members and a concert tour. Of course this is what it is all about when buying a dvd.

Through the years I've seen The Walkabouts many a time. There were so many great shows. One even with a small symphony orchestra on the 'Nightbirds' tour. A lot of nerves on stage that night in the Paradiso (and some very loud talking people, not willing to stop, while all this delicate music was being performed). On dvd we are presented with a show from Prague, in a small venue with the band on a surprisingly large stage for such a small venue. I suppose that this shows the tragic decline of the band's popularity in the 00s. From main stage in the club circuit, to the smaller venues. The big break did not come in the second half of the 90s, when it should have.

The Prague show presents The Walkabouts in true form. There is the light and the shade in the songs, in the tempo, in the approach to a song and in the solo performance: does Carla Torgerson or Chris Eckman sing? The beauty or the beast? The Walkabouts is a band that is able to play incredibly soft and delicate music and rock beyond full out at ear splitting levels. Both sides are presented in this Prague show. The show even ends with a Buzzcocks cover. 'Something's going wrong again' is truly punked. The documentary section shows bass player Michael Wells joining in the chorus at the end. Is it suggested that he picked the song? If so, in an indirect way. Covers are not new to the band. Remember 'Like a hurricane' any one? But then the band also released two albums filled with covers and interpretations.

One of the things that I find good to see, is the confidence of Terry Mueller. Where in the mid-90s from a distance she looked insecure and made small mistakes, in 2005 she is the band's drummer laying down the rhythms and leading the band through the songs. With the return of Michael Wells the band was back to the line-up that nearly brought them a break through. Glenn Slater plays these great keyboard parts that add to the songs' moods. Sometime like a footpath for the rest to walk on, at other times he's like the wind at storm's speed, taking over the song. Front persons Chris & Carla play guitar and share leads. Chris' solo are very Neil Young influenced, one note, within a chord. Very seldom like real solos, but fascinating and with loads of power. Just what a The Walkabouts song needs. Carla sometimes doesn't seem to pick strings at all, so intricate is her finger picking. Still we hear these beautiful melodic lines.

The dvd is very basic. Just cameras showing a band play. Nothing fancy, like The Walkabouts is. It is all about the songs. They tell the story, as every The Walkabouts song invariably does, like 'Jack Candy' about a drug dealer with a bad ending coming. The dvd does not add to the experience, but is invaluable to the true fan. We get to see the band up close, the interaction, while hearing this bunch of great songs. Life: The movie is a treat, that I truly enjoyed watching. The Walkabouts were one of my favourite if not the favourite band of the 90s. What this dvd shows is a confirmation of something that I nearly forgot in 00s, The Walkabouts is a very, very great band that should have been playing headlining festivals today, but isn't.

For people who haven't got acquanted with the band, go check them out. They are the best in folk rock. From the most delicate songs you've ever heard, to a ferocious beast and back on one album. This is what The Walkabouts offer you in a one-packet deal with great melodies. It doesn't come better people!, says,

You can order The Walkabouts: The movie here