Under her spell. The Black Marble Selection 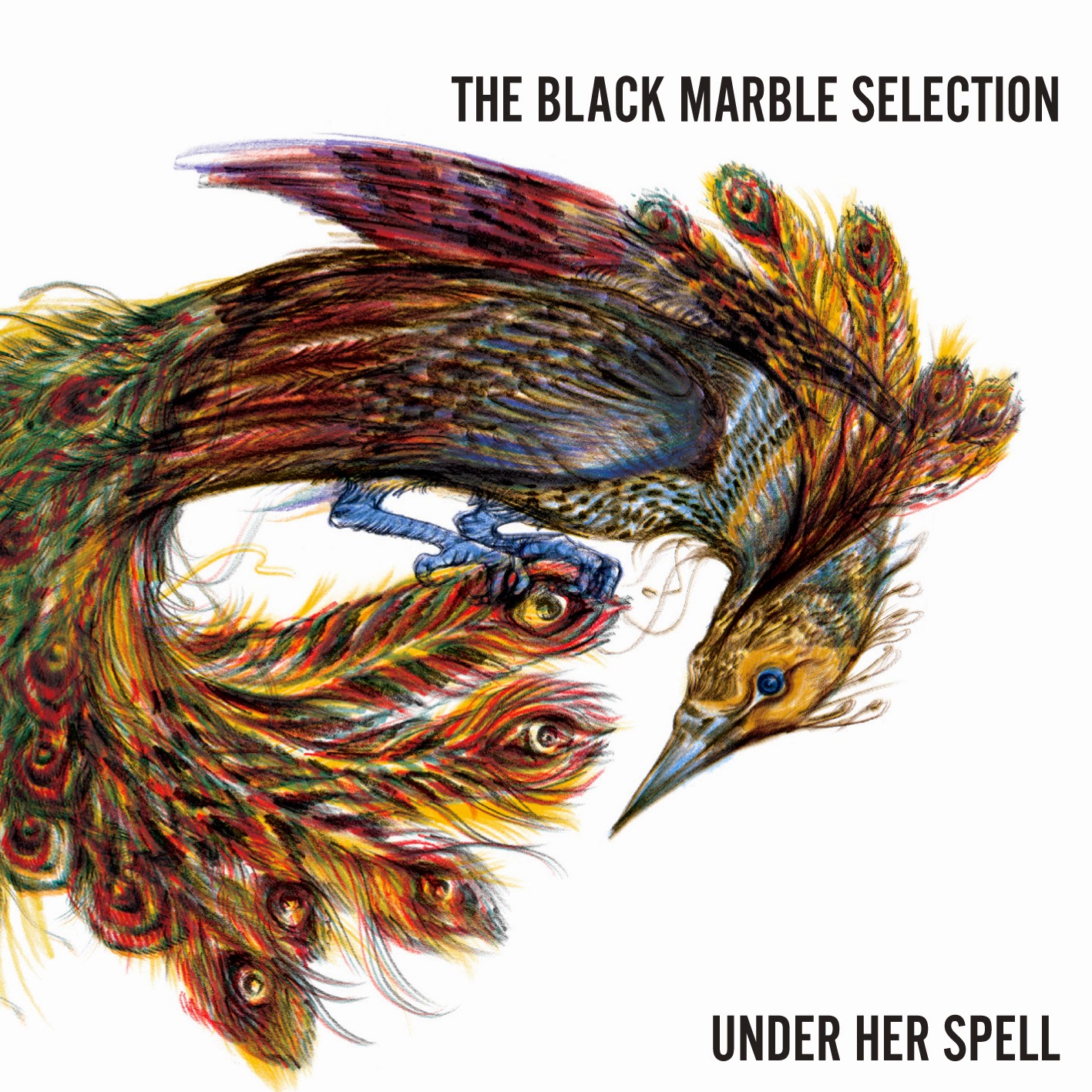 At the end of the summer we had a post on The Black Marble Selection. The band played the support slot of The Kik, that night with all the blood, fainting and what not. All that happened after the support slot of a band that played 60s music with a sound that was an exact copy of music from those days and probably even the clothing was just right as well. A band from just before The Beatles discovered LSD and starting acting, dressing and playing music like it. The music of The Outsiders, the early The Who, Stones, The Small Faces and U.S. garage rock bands.

Now I've seen The Loved Ones play twice in the 90s. Young Los Angeles 60s rockers with a slight soul angle as well. Playing the LVC and announcing happily and very proudly that they would share the stage in Amsterdam with Wally Tax the day after. Unfortunately that is something The Black Marble Selection can no longer achieve in 2015. Ron Splinter it is guys....

To be honest and I had that same feeling in the Patronaat in September, I ask myself, why, if you are as young as these guys are do you want to play music that is 50 years old today and not add anything to it? The songs are originals, at least as fas as I can tell, but the sound is an exact copy. That makes me having a hard time to get in the mood, as I left this music behind years ago and tried to look good on the dancefloor instead. I have made the effort though for this review.


The Black Marble Selection is a band from Brabant, Tilburg to be precise. Started in the winter of 2012, by a bunch sixties music fans, the band started performing its own songs in the spring of 2012. This led to a first tv performance in 2014, the support tour for The Kik and an album deal. And a first album, Under her spell. These are the guys responsible for it all: Jean-Paul Lilipaly, lead vocal; Thijs Bus mouth harp; Jimmy de Kok, guitar, backing vocals; Erik Bus, guitar, backing vocals; Malenzie Mac-Donald bass guitar, percussion and Tom van Berkel drums. Together these lads recreate an era of long gone sounds and songs. From The Kinks to Jefferson Airplane, put the word "early" in front of all examples, you will find it on Under her spell. Yes, even the sitar, so the 1967 line is crossed in the instrumental 'Birds of paradise'.

The band doesn't let itself be caught in just one corner. It takes the tempo down in 'Effortless progress'. Not unlike Q65 or The Pretty Things were capable of doing as well. A poppy melody disguised as a garage rocker. One of the songs that I actually really like on Under her spell, as it is just this more original.

Something that caught my ear is the similarity in voices of Go Back to the Zoo's Cas Hieltjes and Jean-Paul Lilipaly's. Roughness, with these little hooks on the vocal chords that air is caught by on the way out. Some toughness, acting the leather jackets, hair combed back and ready to fight on a Friday night. There's an important thing missing though: the excitement. Everything this kind of music stirred up once has left and gone away. Not only has all been done before, the kids that went wild then have grown up and became grandparents if they lived to tell the 60s. That makes that an important factor that made this music special isn't here any more in 2015. Just onlooking middle aged types and even beyond.

My scepticism has not been taken away by listening to Under her spell. That does not take anything away from the enthusiasm with which this album was made and the obvious love for this music the six musicians show. They can play and write a tune in a convincing way. The harmonica is biting and harsh. So for 2015 I give The Black Marble Selection the benefit of the doubt. After that some change, growth and less one dimensionality will be needed. For now, I'll admit it, fun.

You can listen to 'The great escape' here: