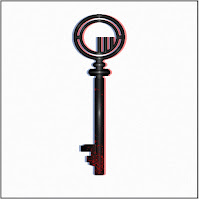 How time does fly. Already two weeks gone again and time for another singles round up on WoNoBlog. So, settle in to undergo a whole host of different sorts of music that reached our digital inbox over the past few weeks. You can often, alas not always, listen simultaneously by clicking on the link to our Spotify Playlist and find out what we write about and whether you are of the same opinion. Feel free to share your thoughts as well in comments section. Settled in? Here we go.

KnightressM1 is a trio from Los Angeles, with a drummer named Rob Ahlers. Why is that of interest? In a company I own one of my colleagues has the same family name, which is special in itself considering the half a world distance between them.

Lock & Key is an extremely restless song. The drums pound away fiercely but also almost as if an instrument detached from the rest of the band. This changes in the second part of the song. An erratic guitar sears over the song played by singer Emily Palen. Her voice dominates the whole song. There's no doubt who's in control here, although I doubt whether the band has the song under control. It's more like the song controls the band. There's quite some intensity going about. The part after the short interlude creates two moods in one song. Quite striking, actually. 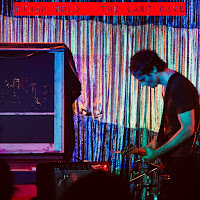 So different. KnightressM1 and Ethan Gold may work in the same city, the difference in music and approach almost could not be wider apart. Gold has been present in this section twice before. The Last Dive cannot be more different, yes, again, though from his two previous singles, had it been opera. Anyone with some knowledge of 70s punk music will instantly recognise the beat of 'The Passenger', from Iggy Pop's 'Lust For Life' album (1977). Ethan Gold drives the song relentlessly onwards, showing a totally different side of himself. It is almost easy to forget that the main instrument is an acoustic guitar strummed extremely tight and full of rhythm. The vocal melody is another song totally, but because of the rhythm I can't suppress my inclination to sing "I'm the passenger" for one second. The surprise comes with the piano outro changing the song a little. As surprising as David Bowie being responsible for writing the music of Iggy's song. 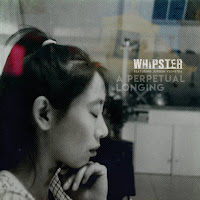 Popular in the punk days of old, a split single where both bands share one side. The Groningen based bands Avery Plains and Whipster share the single, their home town and Jurgen Veenstra who sings on both sides. It sounds something like cheating a little, but o.k. Avery Plains opens the single with the song 'A Song Of My Own Rising'. There are a load of guitars on the song, creating a wide sound. The song has some elements of The Smiths, certainly in the beginning. When the song flashes out some more, everything from Buffalo Tom and beyond comes by. This song is so melodically enjoyable and strong. I can't tell about today anymore but in the 90s this song would have attracted a lot of attention and simply should do so today as well.

Whipster contributes 'A Perpetual Longing'. The song is darker as Veenstra sings in a deeper register moving towards Iggy. Again there is a huge guitar but far more sober. Despite the big sound, 'A Perpetual Longing' is much more sober. This is one man on a guitar and not three or more. Where influences are concerned Whipster tends more towards the darker punk music of the 1980s. The darkness is slowly spreading over the northern hemisphere. Winter is nearing and Whipster provides the soundtrack with 'A Pertual Longing' 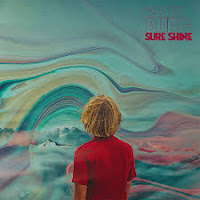 In September Nijmegen based band Waltzburg released a new single. It is a nice jittery song that just keeps on going and going. With an extremely clear sound it touches on music from decades back while vocally combining it with folk bands of the 10s, from The Lumineers to The Oh Hellos. The combination works as Sure Shine is a tremendously upbeat song. In my mind I see little children jumping up and down driving their parents mad with the energy that just keeps pouring out them. In this single though it is just fine this youthful exuberance. Like with most singles before 3 minutes and 23 seconds it is all over. But I dare you. Will you not play Sure Shine again immediately after hearing it for the first time? I bet the answer to that question is yes. 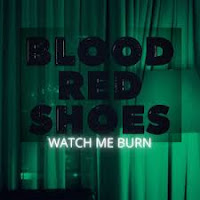 No, this is not a new song by Blood Red Shoes but a song from the 'Get Tragic' album from last year.  Alice Go has taken her take on the song. A remix in other words. Is there a need for remixes? Not really in my book. Usually the fans are fans of a band because of how they sound and not how they could sound if they were another band or act. That said, I notice that I do like this version of Watch Me Burn, one of my favourite tracks of 'Get Tragic'. Alice Go has taken every trick of the remix book to Watch Me Burn and even added some Duran Duran 'The Reflex' like keyboard sounds. In fact this combination makes a nice hybrid of the alternative rock of Blood Red Shoes, one of my favourite bands of the past decade and the 1980 New Romantics glam.

Open The Door // Dance With Me. Na Noise

Another, totally unknown, to me that is, New Zealand band reached me through the newsletter of the Flying Nun record store (and label) in Auckland. I'm starting to doubt whether I'll ever set a foot there but the musical tips are a great alternative.

Open The Door is an extremely nice song, with 60s psychedelic over and under tones in the singing and mood while the guitar rocks out in a nice alternative rock style. Fans of the psych era will hear there own favourites in the song that make it so nice to listen to.

Dance With Me even delves in deeper. The Black Angels are with me in mind immediately. There's a surf rock like guitar with loads of twang on it without overdoing it. The song as a whole could have been made long ago except the way of singing would probably not have been possible at the time as here's a distinct post punk influence like Toyah or Hazel O'Connor from around 1980. When the guitar does a The Edge thing from the time of 'Boy' I'm totally transported back by Dance With Me to a long ago year.

Na Noise presents a trip down memory lane while still having a sense of urgency that makes me stay in 2020. For now I want to hear Open The Door and not something from long ago. The present works just fine for me. 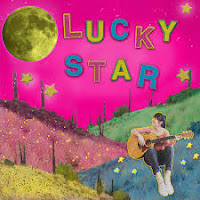 Allie Hanlon relocated from Ottawa in Canada to Los Angeles and found pure pop rock there to write and sing. Stupid Girl is the kind of song that has been written a million times before. Nothing spectacular goes on nor is it extremely unique or inspiring and who cares? The song presents a little over two minutes of the kind of pop that seems to come without a worry, despite the message for that girl. A darker guitar kicks in for the stupid part message and disappears again for the verses. Allie Hanlon sings in her girl like voice promising innocence from the first second. Beware of that lead guitar though, the not-so-innocent part of  Stupid Girl. It sounds more like the 2020 version of Eve, the tree, the snake and the apple, excuse me, the peach. 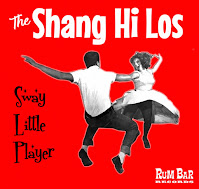 Another band from Boston made up by local musicians that will be unknown to most of the rest of the world. Jen D'Agora and Dan Kopko decided to start writing songs together and the result, Sway Little Prayer', is one the world can be grateful for. The beauty and the beast combination, where their voices are concerned, works really well in this song full of nostalgic sounds from the past, presented in 2020 hi-fi quality. Pop oozes from Sway Little Prayer like juice from a ripe, slightly squeezed orange. The tight drums and bass lay a foundation underneath it all that almost makes the idea of other instruments almost preposterous. Of course the guitars are nice but truly adornments when the rhythm section is as good and sort of melodic as it is here. 'My Sharona' and 'What I Like About You' are references with innocent 60s girl pop melodies to boot. An extremely nice introduction to this new band this song is. 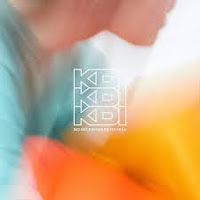 No Milkshakes In Hell? Only logical, as it must be so hot there that they evaporate instantly, the straw melting on your lips. I think I've just discovered a new torment for the hard working devils to contemplate as a more modern punishment.

The song is one that brings back a lot of memories. Of music I did not like at the time at that. The kind of rigid dance music that was produced somewhere in the 1980s. Robotising dance of predestined movements that there was no escaping from. Keep Dancing Inc. from Paris (France) takes that music as a starting point. The rhythm certainly is as rigid, what happens around it is more frivolous, including the singing as, at least in the verses, there's a vocal melody. The result is that the song is allowed to derail in a pleasant way allowing for throwing the 80s robotic corset off (if it would still fit me that is) and mentally dance all over the place. Fun track in other words. 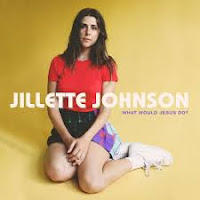 What Would Jesus Do? Jillette Johnson

A fun  title, as it made me expect a totally different kind of song. Something completely religious. Certainly not the alternative, loose guitar ripping the intro up Jillette Johnson's single starts off with. What Would Jesus Do? is a mid-tempo song that invites its listeners to move any way. The influence of Courtney Barnett is not far off, showing how the Australian alternative rockster's style is spreading wide and far.

The song starts with a male voice saying "why don't we try it like that" and counting from one to four. The result of his suggested attempt certainly carries away my approval. The song is punky, loose and on fire. What Jesus would do, we do not learn from the song. Perhaps that would be a bit presumptuous to expect or suggest. What we do learn, is that he would not make the choice Jillette Johnson makes. She "is no angel anyway". "Ha ha", the song ends. Somebody there in the studio liked the choice made alright and so does