Once In My Life. Elsa Birgitta Bekman 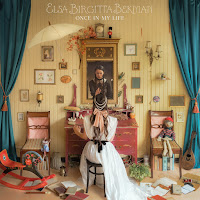 Should I have had to make a guess where Elsa Birgitta Bekman originated from, I would have given any country ranging from the U.S. or a Scandinavian country but not The Netherlands. Let alone the provincial town of Hoorn. The music on Once In My Life faintly reminds me of an early Kate Bush and more modern singers like Agnes Obel and Dutch Ellene Klok of Ellene May.

Once In My Life is the kind of album you have to pay attention to to notice. It's the only way as a listener I can distil the beauty radiating from it. To dwell in the dark forest paths I envision while listening and revel in the mood presented.

Elsa Birgitta Bekman presents songs she wrote over a period of 12 years. In another career she is the singer in a soul band called The Tibbs. Here are totally different songs that helped her get through darker times in her life on the route to growing up. Songs that are extremely serious. All in a slow(er) tempo allowing her to get the most out of her compositions. To conclude near the end of the album that "It is all about love". When she's concluded this it is time to let a melancholy, slow carnival song loose on the unsuspecting listener. The language changes as well, to French, one of the two tongues of her mother's background.

Before that is allowed, the listener goes through dark and darker songs, some with shades of grey or even a ray of sunshine that sneaked itself through the clouds. And even some more in the playful, also in title, '(You're Not My) Favourite Sandwich'. 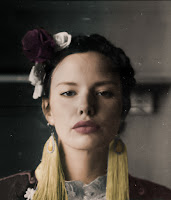 The main instrument on the album is the piano. Played slowly but surely. Over the piano the clear voice of Bekman is laid. Around the two other instruments come in, threatening drums, intricate strings slowly building up to a storm or playing an arrangement that could have been a part of a mid-60s The Beatles song like 'Eleanor Rigby'. Also an album like Carole King's 'Tapestry' comes to mind, despite Elsa Birgitta Bekman's songs are different at the outset. They are more dreamy, perhaps even escapist in nature.

All in all Once In A Life is an impressive album but I doubt whether I will play it a lot. Perhaps because it is too much of an album by a woman for an old rocker like me. Nevertheless it has impressed me and has made an impression on me. Not unlike Eleni Era's 'Rise Love' did last year. Once In A Life is off to a good start in other words, with no telling where we will end.