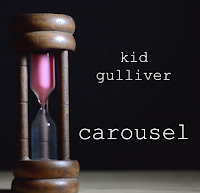 As we wrote, four issues would be overdoing things a wee bit, so we settled for three this time around. There simply are too many nice singles being released to ignore. Among them artists of great name and fame, unknown artists in The Netherlands, but at WoNo Magazine's bureaus beloved artists, and first releases ever that are most welcome. You have seen a large mix of them already. Here are the final ones for this week.

Kid Gulliver returns with another single to WoNoBlog. Caroussel is a darker song than 'I Wanna Be A Pop Star' but also a far more memorable song. The band shows it can write and play a perfect pop rock song, with some kind of psychedelic fever floating in and out of the song and back in again. More than one great guitar solo fires up over a great mellotron infused tapestry of long held notes. The singing is darkened and the same goes for the music in the beginning of Carousel. There's a blanket over it all as if to hold light out of the song. Slowly but surely the fire can't be contained and Kid Gulliver goes all out. There's no holding back, no restraint, no brakes. Just like the drummer is telling us through his playing the whole of the time. Great single, ought to be(come) classic. 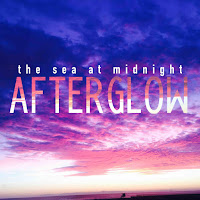 Afterglow. The Sea At Midnight

Rock like it's 1985 is not a popular phrase in rock music. The Sea at Midnight is doing just that. Everything from The Eurythmics, to Ultravox's 'Vienna' comes by and then I'm forgetting someone like Nick Kershaw and all his electronic pop friends of the time. The New Romantics are there and let me not forget Robert Smith's lead guitar.

Afterglow is a dark, new wave kind of song, and up tempo like 'Just Like Heaven'. The Sea at Midnight does not hide for one second where its heart lies musically. This song could have been made in the mid 80s and have been one of the songs that would have stood out. Extremely danceable so I would have heard it at the time and dance my heart out on it. It is 2020 however. The dancing part has ebbed away somewhat, the listening has not, so it is easy to notice that Afterglow is a dark yet fun song. 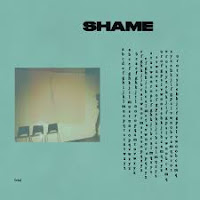 Shame so far is my favourite band among the young, alternative rock bands that started to release records from 2018 onwards. Loads of energy joined to great melodic songs and some noise for good measure.

Alphabet is the first new song released by Shame since then. Alphabet is more one dimensional I notice than the songs on 'Songs Of Praise'. I'm not sure but it sounds like a one chord song even. It isn't, although the rhythm guitar can play a single chord the whole time. The energy is there, the noise is to, but not the great melody. Alphabet, and this is my second impression, seems more for the gut than the brain, where the band had this great balance between the two. I hope that the new album will contain better songs than Alphabet. At the same time the song rips the world just about apart with its over the top guitar solo. Energy is there in abundance, so live this song will make the house explode, multiple times. And that is a win. 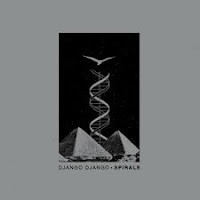 Another of my favourite new(er) bands returns to WoNoBlog as well. Django Django has made three great albums so far. I got to see them play live in 2018 and my only complaint was that the band did not play 'Giants'. With Spirals the band starts electronically. The keys are leading, making the weird little sounds the band can do. Soon a great chorus comes in. Django Django knows how to please here.

Spirals seems to hold back somewhat in all around feel. This may be because I'm listening to Spotify and not to a record. The song holds all the elements why I like the band so much. The little musical details embellishing the song, the upbeat chorus, the harmonies. The tempo makes it impossible to sit still or not to get infected by the mood. Spirals simply makes me happy by listening to the song.

No, there's nothing Django Django new under the sun but as long as the band cranks out songs like Spirals you will not hear me complain. Simply a fun new single. 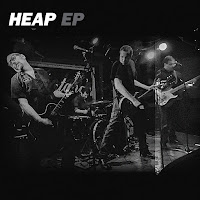 A three song EP was sent to me from New York City. Heap EP by the band with the name Heap. Singer/guitarist Tim Heap is responsible for the songs that rock out in the way I like. Rough, no niceties up front and in my face. All three songs, 'No Mas', 'Renting' and 'You Remind Me Of Me' have that U.S. alternative rock vibe good songs need. A tight rhythm, a memorable melody and a guitar solo that is to the point and not overdoing things. Thank you, George Chambers! Playing the New York City scene for 20 years, Tim Heap met producer Eric 'Roscoe' Ambel, who recently produced Spanking Charlene's 'Find Me Out'. He gave the band a sober rock sound reminding me of Dan Baird singing 'I Love You Period'. Just like that song Heap EP does not come with a question mark. Heap is convincing in songs and sound. Nice and rough without going overboard. 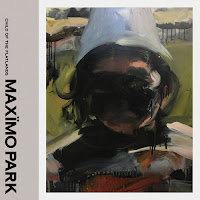 Child Of The Flatlands. Maxïmo Park

Do coincidences exist? A few days before reading the announcement for Child Of The Flatlands I looked up to see if Maxïmo Park still existed. It has been silent for a long time, I thought. And the last album did not really impress me, to be honest. Yes, the band shed a band member in the past period but is back with a new single.

I'm listening to it for the first time. It is slow, down cast. That makes it very different from my favourite Maxïmo Park songs, 'Apply Some Pressure' up front. Different, yes, but I find myself liking this "new" or other Maxïmo Park. Child Of The Flatlands is a very nice song and extremely promising if this is the standard for the new album. Paul Smith sings slower so slightly more pronounced which he manages well. There is a loud guitar solo, after which the song is brought even further down in between psychedelia and carnival music. Next the song goes back to its beginning and I can't help noticing that I'm impressed. Perhaps almost as impressed hearing 'Apply Some Pressure' for the first time. Well done. Maxïmo Park. Am I looking forward to hear more new work. 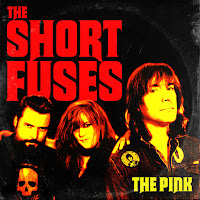 The Pink. The Short Fuses

Rock and roll! An early Alice Cooper like riff, think 'School's Out' is flying into my ears. This is dirty garage rock, rock and roll of the modern nature. The Short Fuses release its first song in 15 years and where else than on Rum Bar Records. The band makes sure that the impression it makes is like running into a musical wall. Live this will be ear-splittingly loud. Georgia Peach leads her men, Travis Ramin, and Justin Staggs into an orgy of rock. The band does not back off for even a split second. This is the musical equivalent of the 100 meter sprint. Go full-out without breathing along the way, everything balled together to run within the 10 second limit. I seriously wonder whether I have ever heard a female singer singing this tough over a lead guitar that just keeps going and going. Georgia Peach may honour her name at home, on stage I would not dare approach her without gloves on. Her nails could be too dangerous to the touch. The Pink is a storm; what a song. 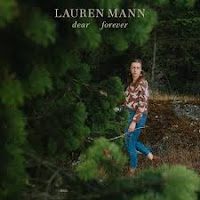 And breath out, relax. What a difference with 'The Pink' just now. On this blog I recently lauded Lauren Mann's first new single in four years, 'Missing You'. For Dear Forever Lauren Mann returns to her favourite instrument, the piano. Later in the song other keyboards take over though. 'Missing You' may be the more free flowing song, Dear Forever has its own moments. It may start as a "regular" song, soon Lauren Mann starts adding elements that make it different.

Dear Forever, again is not a happy song. Does she sing "tears forever'? It sounds like it. It is a song that I notice conquers me by the note and line. Again I notice that this song goes way beyond what Lauren Mann has presented the world with so far. She is making and writing music on a different level it seems to me. Perhaps more mature but certainly better and far deeper reaching. If the other new songs approach the quality of the two singles, 'Memory & Desire', to be released on 16 October, should mean her breakthrough. I am so looking forward to hear it for the first time. 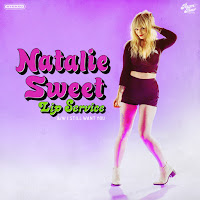 Natalie Sweet does not need my lip service, she sings in her first single for Rum Bar Records. So, let's pretend I'm just writing this for myself. Listening to Lip Service I can't help but wonder how artists in 2020 can still write great songs in a style that went out of style when Blondie incorporated disco and Caribbean influences into its music. Natalie Sweet is rocking out as if Debbie Harry c.s..

Lip Service is an uptempo alternative rock song with 60s pop influences hanging over the song like low hanging fruit. Tight guitars, bass and drums cranking out the high tempo. Thoughts of The Ramones are never far away in this song. Nathalie Sweet rams out her lyrics in a staccato way, lending urgency to her lip service message. Boy, am I glad I'm not on the other end of this message. Of course, I take it that this little write up can be considered as the real thing Ms. Sweet is asking for at the end of Lip Service. There may be hope for us all anyway. Great song. 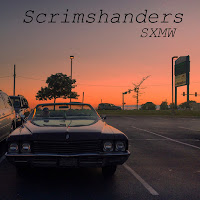 Some more loud U.S. rock on WoNoBlog, the kind to swig beer from jugs to, to nod the head up and down vigourously to, while allowing the occasional singing along with the chorus as well. Don't expect anything funny, The Scrimshanders sound as traditional as U.S. rock bands come. Rock solid, tight and pleasantly predictable. As traditional as the band's name alludes to an era long before Internet, blogposts and social media (and electricity, modern transport to name a few). No electricity is no option on SXMW, the song wouldn't be half the fun without it. John Magee and his band mates know how to use power just right. Don't expect anything superfluous on SXMW, this is a straight up and down rock song that only needs one listening session to convince. Rock And Roll, these words would have said it all too.