One Piece At A Time. Finn Andrews 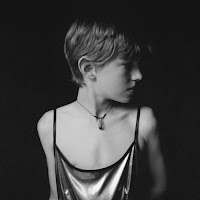 Today three albums come by. This is the final one.

With a photo of himself at the age of 9, Finn Andrews presents himself to the world in a vulnerable way. The intention is clear: this is a personal and vulnerable album. Andrews has left his band behind, at least for this album and relocated to his home country New Zealand to write and record.

The Veils have always been a bit of trouble for me. Its songs never really got me. Not bad, not good. Sometimes it doesn't work out between a band and I. Listening to Finn Andrews' solo album was not a top priority as you might understand. Still, I have listened to the album several times and floated between my usual angles. I slated it for attention anyway but never got around to investing the time. There always was something more important to attend to.

So here it is. The album deserves attention as Andrews manages to make his songs small yet interesting. Starting from a piano, somehow several of the songs could qualify as campfire songs. The kind where someone plays a song for the leisure of those who like to listen to a small story to be told like "the spirit in the flames" of the campfire. That a cello spreads dark notes, a soft drums is played in the background takes nothing away from the feeling. Mellow yet intense, mildly sad yet full of life.

Songs like the ones on One Piece At A Time do not take a lot to come alive. The effects in the songs are serving them to make them stronger and underscore Andrews' stories. Like in 'One By The Venom' the song goes ever crescendo when the causes of death called upon, one by one, get more severe or violent.

One Piece At A Time is an album that has that quality to crawl under one's skin step by step. An album to listen to and enjoy while listening to it. An adult album that is able to convince without overly attired effects. Finn Andrews shows himself to be an accomplished singer-songwriter with an album full of songs to take seriously. Today I heard 'Run Like The Wind', Christopher Cross' hit from the late 70s. That kind of songs you'll find on this album and that is meant as a compliment.