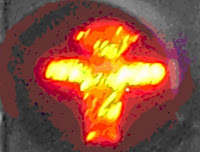 Each month Wo. delves into the musical meditation called Kairos, broadcasted once a month on Concertzender and parked on the Internet for ever after. He shares his interpretations of and thoughts on this music with you, the readers of WoNoBlog. In a near stream of consciousness Wo. writes about what he hears, coming as near to his inner emotions and self as possible. Of course his brain may interfere, but he assures us that this is as pure a review as is possible for him. Let us continue to find out what happened between his ears and brain this month.

Whoa, this month comes with a warning, folks! "We have tried to indicate the sequence of music, but you may not hear what you expect or think you are hearing", .No writes. Let that be the case in the last few Kairosses. Several times I was wondering whether I was hearing what I was supposed to hear. It's true, .No is not only playing tricks with my ears through ingenious mixes, but also by mixing within the tracks as well.

This month opens with an album I reviewed before the summer. The electronic album of Howart, the nom de plume of artist Anneke Nieuwdorp, assisted by label owner and musician Stefan Breuer. The music is laden with atmosphere, even slightly haunted. "In My dreams", Howart sings before darkness descends over her next song called 'Song'. The beauty last too short, to disappear into the next contribution.

Some horrible sound takes over in a rather erratic way. Some sort of violin is bowed as if strung with iron strings. It is Philip Glass' Madeira River'. The atmosphere is slightly eastern, accentuated by the gamelan like sounds that follow. I am reminded of the music from that Bowie movie, 'Merry Christmas, Mr. Lawrence'. Ruichi Sakamoto (and David Sylvian) certainly hover within this part of Kairos, where I like the second part much better.

Non music follows Glass. Dark sounds are gathering in my ears. This has nothing to do with music. It is all sounds and soundscapes. Two compositions are presented by Olafur Arnalds' album 'Dyad1909'. In 'Og Lengra' a violin joins the electronics, creating an organic sound over the darkness. Moody remains the word. When a piano joins, the mood is not so much lifted as some more life is added to the whole. But who is to say right now this is all Arnalds' doing. Am I hearing what I am supposed to hear? If not, it all fits wonderfully well together. This is beauty captured in testy music, my friends. 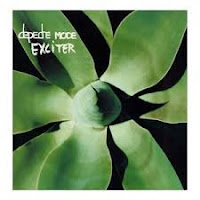 And now for a surprise. I certainly had never expected to hear Depeche Mode in Kairos. But then, the mood hardly changes a bit. 'Easy Tiger' is as far away as a band can come from hits like 'I Just Can't Get Enough' as imaginable.

The piano of Pieter de Graaf takes over. Again a surprising move reading the sequence of songs. Not when I'm hearing what I'm hearing now. All the electronics underneath cut away and clear piano chords are what remain. That makes 'Prologue' not so far away removed from Olafur Arnalds nor Depeche Mode as one might think.

Hey, a poem. That was long ago. It used to be a tradition and now it's back. The poem is by Erna Speek. Beneath the spoken word a choir slowly is faded into the mix. The voices slowly climbing ever more forceful, different layers of voices intermingling. It is a 'Great Entrance' for sure. By Rachmanimov. Something to do with a holy man of the eastern church. Intricately the (super) deep voices mingle with higher ones, alternating who is heard best. The kind of music one hopes to encounter when entering a church by chance as a tourist. 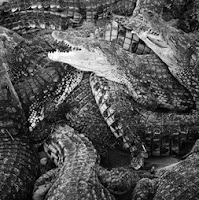 A crackling violin or two enter over a percussive element like streaming water. It gives me the impression of a lone windmill over a waterhole in a desert. Totally deserted years ago, not oiled, creaking away, not heard by anyone except by coincidentally passers by. Perhaps the title of the album is explained, 'Like Water Through The Sand'. Emilie Levienaise-Farrouch doesn't so much make music in 'Persephone'. This is non-music, atmosphere created by sounds and here and there a hint at notes.

The screeching slowly morphs with an acoustic guitar. It could be the same composition really, but is not. It is Sumie, an artist reviewed on this blog by Erwin Zijleman, who comes by. A serious song, again, but more than worthwhile to invest several minutes into. Again the feeling of desolation creeps up on me. Not for the first time this Kairos. 'Divine Wind' even comes back to my vision of the windmill in the desert. Sumie has come up with a song that could have been part of the 'Paris, Texas'' soundtrack. She lays down a beautiful atmosphere in 'Divine Wind' and I instantly understand why Erwin raved about her album.

Polish jazz, it has been a while, but the Ignacy Jan Wiśniewski Trio returns. Although it is not my kind of music, somehow I recall music that impressed me over the months last year. The slow piano notes drive Sumie from my mind. There are different sounds mixed into 'Prayer'. The brushed skins I certainly believe, like the bass to, some other sounds not. Yes, my mind recalls well. I like the melancholy way the piano moves the composition forward. Slowly, holding back the whole time, no matter what the drums try to achieve in the background. The piano stands its ground. 'Prayer' is a beautiful piece of music.

'Persephone' returns for a very short while. If I take the brushed snare drum to be the wind, the circle is round once again, returning to Emilie Levienaise-Farrouch and her water instrument. Although that could be Yaskim 'Echo Of A Waterfall' as well. It is getting to complicated. 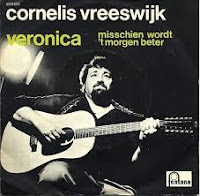 Next we are moving into unknown territory with music credited to unknown. 'Dance Of The Wind' moves in and out of the mix. (I know, again, wind!) At the same time a hitsingle from my early teens comes by, 'Veronica' by Dutch-Swedish singer Cornelis Vreeswijk. Although I can understand him 100%, the song certainly fits with the regional singers that came by on Kairos regularly. A good choice this song that I almost forgot about. A voice, an acoustic guitar, a female ooh, and .No's birds added to the whole.

Electronics return, so 'Dance To The Wind returns. From an album called 'Stretching Meditation'. 4 Seconds? So where am I stretching and where is Will Samson singing his song or better playing his song? The first is obvious, the second certainly not. Slow, deliberate 'Dusty Old Plane' unfolds. Full of electronics, atmospherics and a high voice. The high voice reminds me of another artist, like Low Roar, e.g. All sort of things start happening, making me wonder what I am listening to. 'Dusty Old Plane' is in the guitar, the electronic sound going round and round? Does that belong? The moped driving away? The clarinet?

When a piano and drum set in I'm fairly sure I am listening to Ben Lukas Boysen. His 'Nocuturne 3' will come by a few times I noticed. Other artists are mixed in and out of 'Nocturne 3'. I rather like the mix of progrock, an extremely light version of that music, Boysen presents here. A modest rock drum, synths that lay down a whole carpet over which the piano does its thing. Somewhere in between I managed to miss 40 seconds of Moon Moon Moon entirely. Sorry, Mark!

Jherek Bischhoff performed 'Black Star' this summer with Stargaze in the Concertgebouw. Here he is present with his composition 'Cas(s)iopia'. I do not really know what to make of it. Somehow something is missing in the repetitive music. Where is the point made? I just don't hear it. 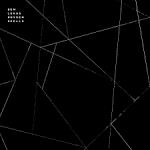 Pieter Nooten returns to Kairos as well. Dark, brooding, like an introduction to a Yes song of considerable length. In its repetitiveness of small themes this 'Variation in F# Minor' is complementary to Bischoff, yet somehow it holds more promise of exciting things to come and they do in the form of the piano. The instrument takes the lead with small note changes by changing a single note or adding one to the main theme. The atmosphere remains dark. Only .No knows what I'm hearing right now. A lot in here, I'm fairly sure, is not a part of the original composition.

And again there's an interesting mix. Slowly another piano moves into the whole the cacophonous sounds of Nooten, that slowly move away in the background, as if turning around the corner very slowly. The quiet of 'Nocturne 3' returns, now only a piano. So I may have heard Moon Moon Moon's 'Docking Place' anyway over Boysen's piano, without realising. Although, can I judge by 8 seconds of 'Nocturne 3'? 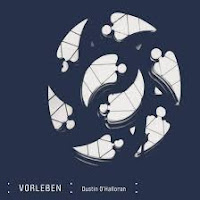 So what I am hearing is Dustin O'Halloran's 'Opus 38'. Finally strong piano playing, no hesitation here. O'Halloran plays his keys in a confident way. The recording is there to record piano notes and nothing else. Even .No seems to leave 'Opus 38' for what it is. A fine ending, to an intriguing Kairos and at times a more that fine Kairos.


You can listen to this Kairos here: https://www.concertzender.nl/programma/kairos_455816/