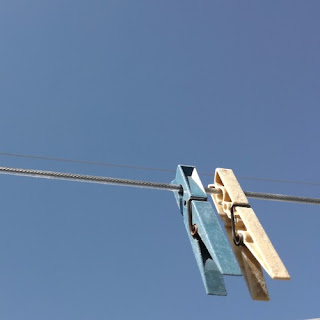 Bongley Dead featured regularly on these pages ever since the band reached out to me with the request to listen to its music. In 2015 things went quiet from the side of Bongley Dead. This silence is repaired by no less than 17 songs. Coming up with a new set of music, I would have expected the cd to be called 'Demo 5'. Instead it is called Undici or eleven in Italian. What we find here, is Demo 5 and 6 all in one.

Everyone who enjoys alternative rock, let's say like Dinosaur Jr., mixed with a little pop, like in Britpop, ought to be right at home with Bongley Dead. The band mixes power with melodic prowess and is not afraid of throwing in some mayhem or a note taking the music to the edge of what is agreeable. Making an album a treat to listen to. Undici is no exception to what went before.

So, 17 new songs to enjoy? Let's dive in and take a closer look.

The album opens with 'Someday'. It is singer Marcello Rossi who opens the album solo, with just a soft hit on the hi-hat behind him. The band kicks in and I'm gripped. The bass and drum lay down a firm foundation, where the guitar can do its thing and lay down a nice riff. For the chorus the pedals are kicked in, creating a sonic storm, that dies down again in the right places, creating enough light within the song for the melodies to come out. In other words with 'Someday' Bongley Dead comes up with the ideal song to open Undici.

There is one difference, well two, but I'll come back on the second one later, from when I listened to Bongley Dead before. Having visited them I can picture the members in their studio. Can visualise them playing this song. 'Someday' comes with pictures in my mind. Somehow it makes a difference to how I'm listening to Undici.

What does not differ, is that with each spin I give Undici I discover little hidden treasures in the music. Yes, Bongley Dead kicks up some storms on its new album. Influences range from the loud side of Neil Young to U.S. bands of the late 80s and early 90s like Dinosaur Jr., Buffalo Tom and The Lemonheads. This side of the spectrum is infused with some parts Oasis and Supergrass, the guitar driven bands of Britpop. Not unlike what a band like Canshaker Pi does in The Netherlands (and allow in that case for a little youthful exuberance and short circuitry) e.g. in 'Dog Vs. Coyote', including a punk element, that kicks the songs in the butt at the right moments. All this leads to a strong song like 'The Contract'. Again a song where the band goes all out, without losing sight of the end result. 'The Contract' remains a song where the melody reigns and contains the fury of drums, bass and guitar. But then so does the chorus of the next song 'Flowers'. It's Bongley Dead's standard I'm talking about.

With mentioning the rhythm section it is time to praise its work on Undici. Simone Pippi is a great drummer. Not just powerful, which he certainly is, but capable and full of inventive rhythms as well. No matter how much power is behind his drumming, there always seems to be a subtlety in his playing. Even when he doesn't hold back when the band plays a ballad, Bongley Dead style, like 'Scratching The Stars', there's space in his playing. Federico Seghi fills the holes Simone leaves and underscores the rhythm. As bass player in a (former) trio setting he can be rhythm and lead player in one and takes that role when the song calls for it. Let's suffice to say that there is no need for modesty in his playing for Bongley Dead. Something that hasn't changed as I found out.

Now I know that there is a fourth member these days. If I hadn't met Cecilia Pellegrini, I would not have known from listening to the record. She is not present on all songs, but those with a keen ear, can hear her guitar parts and certainly her vocals. In short Bongley Dead has added another dimension to its music. There are vocal arrangements, e.g. straight away in the second song 'Wanted Man (About A Chick)' and intricate guitar playing combined with the powerful playing that is the rule. 'Scratching The Stars' is where the three guitars blend most noticeably and perfectly. The band has stepped up its effort. In a way seems more serious about what it is aiming for. There are not just good, straightforward songs on Undici, there is a whole load of details, that make it possible to find new treasures with each spin. I had my favourites on the previous albums, Undici certainly adds several.

Passing into what would have made up Demo 6, the pedal is pushed even harder to the metal. The punkrock element in Bongley Dead comes forward even more pronounced. 'Consider This' doesn't hold back for a second and has the typical "oh oh" support vocals of the genre. Then note the perfect use of dynamics, once again, in 'Death Of A Lover'.

And how does the album end? Bongley Dead has a reputation to uphold here. Moving from song 16 into 17 there's silence for 5"58 minutes. (I hate that silence, so here you have my negative comment on Undici.) Again it is a more experimental track, in which the band shows another, loud, side of itself. For those with even more stamina, there's another little surprise.

I had expected to find 17 songs a bit much for one go. But a few times now the album was over before I knew it. A good sign. With Undici Bongley Dead has come up with another fine album, in fact set a new standard for itself, that sits extremely well with the four demos that went before it. That's about all there is to tell, so this 'Ghost In Netherland'(s) is signing off,

You can listen to Undici on Soundcloud: