What were your favourite posts of 2016? Things have changed. Posts that easily would have made it into the top 10 in most of the previous years, don't even come close in 2016. It takes a lot more than that this year. The difference? Facebook! Artists that post a link to a review on their Facebook account score much higher views on average. So, are we on the wrong social media outlet? No, not where the writing is concerned. Perhaps, we are where posting or notifying about posts is concerned. Let us think about that for a while.

Before presenting the top 10 of 2016 published posts, we like to point you to three posts that did really well in 2016, but were published in December 2015: Lay Low by Lou Doillon, an album you'll most probably find in the top 10 ever; De Kift in de Paradijskerk and our own publication of WoNo Magazine on Christmas Day 2015. If you haven't picked up a free copy yet, you can find it here: http://wonomagazine.blogspot.nl/2015/12/here-it-is-wono-magazine-151.html

Two out of three did not do well enough though. Old school anticipations of this list.

The number one ought not to be a surprise. It topped the old all time #1 this summer as I already posted and kept climbing higher slowly but surely for another two months, before finally fizzling out come fall. You'll find it again when we do the best views ever early next year.

Enough writing on things past, let's get down to business. It's with some regret that I have to write this, but for the second year in a row the same Dutch artist gets the #11 position. This year with nearly double the views as in 2015 and it's still not enough because of a new Dutch band that sped into the top 10 in the final days of the year. So, to make up a little, I'll name the #11 of 2016: 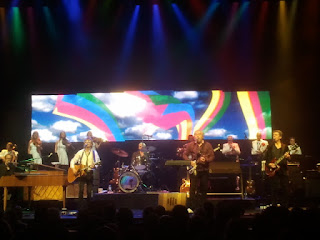