Kairos, December 2016 by .No on Concertzender

Yes, it is December and Wo. has listened to the December Kairos and reports his findings below. There are some familiar names, to him, on the show, so that will have helped him coping and some familiar names due to previous Kairosses. So let's see how he faired this time.....

And, all of a sudden I have a question. Having listened to the opening notes of the show, which I hope you have to, dear reader, due to all my enthusiastic stories, I wondered who plays those few notes set over a drone? And why did .No pick this specific, nondescript piece of music? Sometimes questions come late. Is it because I never really listen to this beginning, but just anticipate the first composition? Most likely yes.

Kairos starts with serious sounding violins. This is stern music played by the Ensemble of the Taurida Orchestra of St. Petersburg. A composition for strings by Anna Backerra. A piece of music not released on cd, the information adds. Only of album or as MP3? Questions, questions. Going back to the music, it's of the kind that I truly cannot write anything sensible about. It doesn't touch me in any way, if I strike out the don't liking part. It doesn't even revolt me, an effect some music has on me. It doesn't do anything for me or to me. So 7,30 minutes is far, far too long.

Next up is a composition by Roman Turovsky played by Christopher Wilke, called 'Resignation'. The one who fooled me last month, having me think we listened to something from the 16th century. Now that I know that Turovsky is an Ukrainian composer living in New York, that won't happen again. It remains old music though. At the same time something Greek comes into the sound, a faint hint at Zorba. Totally not my music, but I can hear that there is beauty in this song, how it is played with feeling, doing right to the title.

Luik returns once more to the show. Like me .No is a fan of albums released by the Utrecht based label Snowstar Records. 'Spleen' starts as if some of the instruments were recorded while being at the other end of the room than the microphone was placed. Mixed so far into the background. More the sliding of a finger over a snare of the acoustic guitar than notes or chords. All mood, hardly song. The tempo is so low that individual contributions to the composition must have been played more on feeling than by counting time. 'Spleen' is a song to get lost in. With hardly clues to find your way back. Luik is the even softer brother of I Am Oak. Beyond this there is only John Cage, '4,33"'. 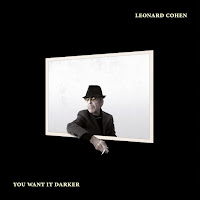 Aaaahhh, a drum, a bass. Although I first thought that a choir set in. No, it's the song with which Leonard Cohen has announced his goodbye to the world. A new trend in rock and pop music. Artists saying goodbye to this world in a new song, giving the term "swan song" a whole new dimension. 'You Want It Darker', is a beautiful song in which Cohen talks, sings himself through a quiet, subdued song, that still holds all that a good pop song should hold. The arrangement is soft, but well chosen. Sophisticated, like Cohen showed himself to the world in his last touring days, that is the right word. "I am ready, my Lord". It doesn't get much clearer than that.

Cohen makes way for, what? Repeated synth notes? Pulsating beats? I truly don't know, except that it intrigues for a while. I am listening to Matthew Bourne. 'Somewhere I have never travelled (for Coral Evans)'. Although the pulsing sounds last longer and seem to become somewhat faster, I have no clue what to make of this. It could be part of a background in disco songs or electronic music, but just on its own? Maybe this is just beyond my imagination, as nothing presents itself, except 'I Feel Love' by Donna Summer (and Giorgio Moroder of course). Whether Bourne had that in mind I seriously doubt, but on the other hand, who knows?

Can a song last for just 30 seconds? Yes, it can. 'Free People' by The LVE is over in just yet. Gerrit and Sara sing through this short song in a dreamy way. In wonder and wonderful, captured in 29 seconds. That is about all that I'm able to write here.

We move into soundscape territory with 'Autumn Of Communion'. A great title for the weather of the past two days when the world was enveloped in fog and smelling of burned foul fossil fuel and less foul wood and food. Fascinating, yet also a bit scary. And long in this case. It just goes on and on, while the mist envelopes me, totally.

In the last months Larus Sigurdsson has come by with his music so befitting autumn. Moody soundscapes from which more distinct sounds are allowed to escaped every once in a while. Like an object moving in out of the mist and disappearing into it again, leaving behind a sound that slowly disappears. Like a thick fog, this music has something mysterious about it. Nothing is really clear, obscured and so is the music of Sigurdsson. Yet, anything can happen, totally unannounced. The music is more organic than Autumn Of Communion's, yet the two totally fit together. Moody, hard to read, yet something worthwhile to experience.

American in Berlin and Vienna Ian Fisher has released two albums this year. Both were reviewed on this blog (as were Leonard Cohen, The LVE and Broeder Dieleman). 'Koffer' is the latest one. An album with two faces, perhaps even three, as 'Koffer' is sung in German and is a Marlène Dietrich original, I'm told. As I wrote it is a song befitting a travelling artist. Always away from home leaving stuff there and taking as much with him as he needs to perform and live in the hours around the performances. This version of 'Koffer' is the one he does, nearly, solo. There are two versions on the album. The word resignation has come by before this Kairos and if this song presents one word, it is resignation. Looking back with sorrow on something that has gone by. Something that probably never could have been. 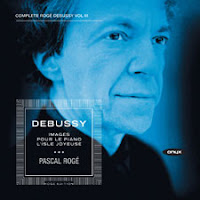 Claude Débussy returns to Kairos as well. I hear piano notes through Ian Fisher's voice and guitar. Piano notes that resonate with the piano notes at the beginning of Kairos. Don't tell me that .No provides the answer to my question without either of us knowing up front? Slow notes are played in 'Voiles' by Pascal Rogé. There's no need for much more in this dreamy composition. The kind of music to close my eyes and dream away on. Slow, soft, but with faint hints to something scary. Like the scene with the baby app in 'Nocturnal Animals'. It's in just a few notes that upset the tranquillity of 'Voiles', like the flash in that moviescene.

We end this Kairos with Broeder Dieleman. The link with the piano is evident. 'Voor Janna En Lieve' from 'Gloria' is one of Broeder Dieleman's more pastoral songs. With the piano as an estranging element. Like the city taking over the rural areas more and more. It is almost like the two do not belong together in the song, until the end where they do blend and make a new harmony. With the bowed guitar of 'Zusterstraat' we leave the December Kairos.

This is the setlist: