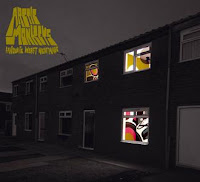 The 00s is a decade that brought a bunch of excellent albums. That started right in the year 2000 when I watched the support act of Travis in, I think it was, de Melkweg in mid winter. In fact I saw only three or four songs if I remember correctly and that was enough. I went out and bought the album the next day right after work and what an album it was by Keith Caputo. 2000 also brought the first Coldplay album, although 16 years later that band and I are really over.

In 2004 came Franz Ferdinand and I did not expect to hear a better album this decade and then came Arctic Monkeys. In fact that band's second album was even better, much better. Two bands became absolute live favourites: Kaizers Orchestra and The Hackensaw Boys. Perhaps I should mention Dropkick Murphies as well, as they fell out of this top 30. In 2009, completely at the end of the decade another artist rose to an extremely high position: Tim Christensen. I had liked 'Honeyburst' but with 'Superiour' he reached for the sky and touched it. Easily. In the meantime my 90s Spanish hero Jarabe de Palo kept producing fine albums and gave some great shows in de Melkweg.

Finally there is De Kift. The band from de Zaanstreek. The band only gets better and better and live there isn't a better band in the low countries. The combination of music, poetry, visuals and brass band is unique in this world. I should also mention Krang, that only just fell out of this list. Unfortunately I watch Krang draw smaller audiences by the album and disappear.

Almost non of my 60 and 70s heroes produced anything worth really mentioning. Neil Young still has a prolific output, but nothing that really touched me deeply. Ray Davies came closest with 'Working Man's Cafe', which may have made a top 50 or 40, but not this list. The exception is found on the number 4 position, a remix of The Beatles songs called 'Love'. So nothing new, but still extremely good.