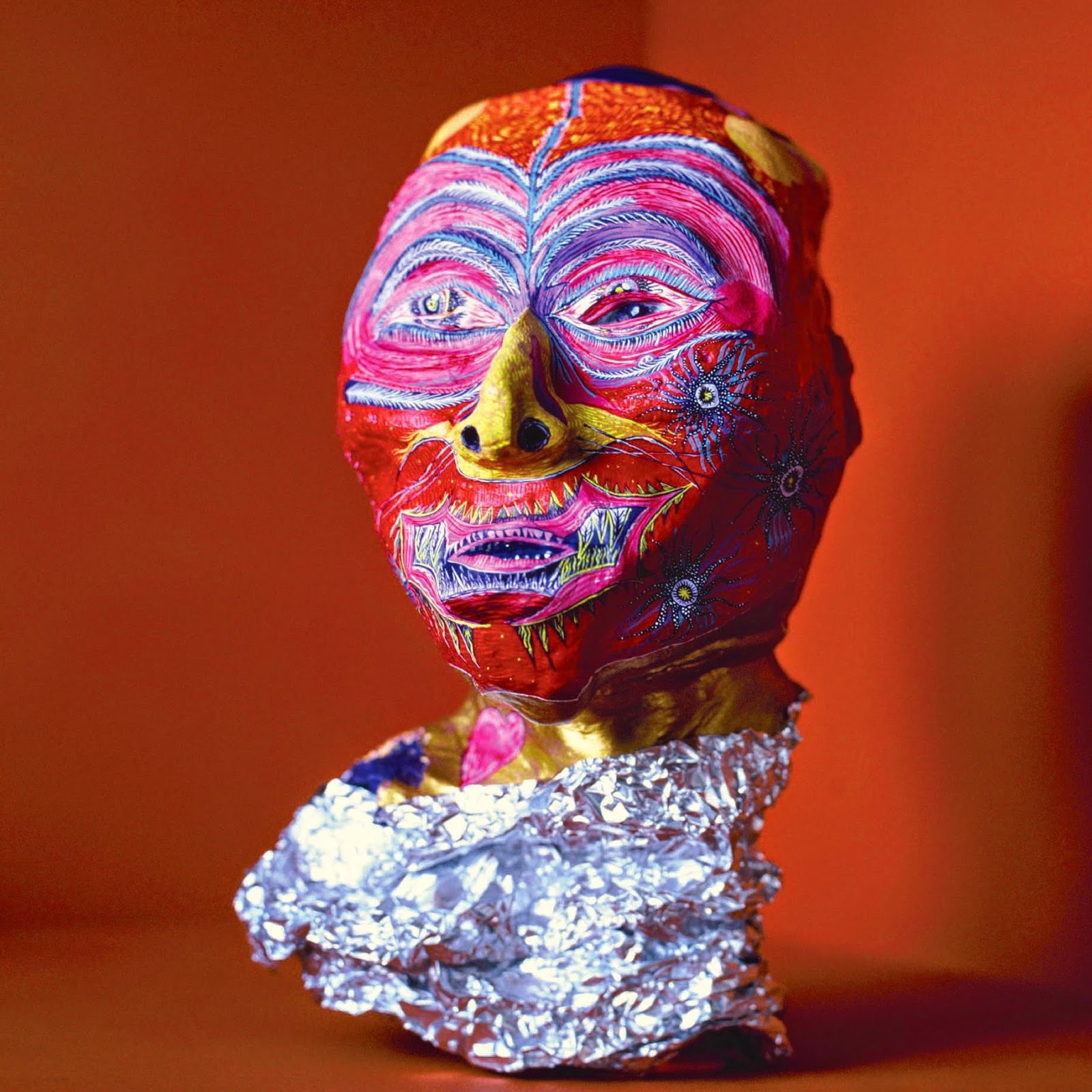 Beautiful cover, isn't it. A work of art (on display). As colourful as the music itself, if you have a taste for the 60s influenced rock of The Wytches. The band mixes 60s rock with some punk of the 70s of the previous and the abandon of the 10s of this century.

Annabelle dream reader starts with a twang and reverb guitar that makes me think of that fantastic 60s hit by ZZ & the Maskers, 'Dracula'. The song, 'Digsaw', caught my attention straight away. Played in a way that singer Bob Bouber and the brothers De Hond could never have perceived, let alone played and still 'Dracula' is a clear grandfather to the grandchild 'Digsaw'. The Wytches are able to tap into 50 years and some more songs and sounds by now to execute its ideas. Then it was all new and exciting. Compared to The Black Marble Selection's debut album 'Under the skin' that was reviewed a few days ago on this blog, The Wytches do not want to be put into one corner only. For that the band blends too many influences, some old, some new, and does not just copy a style with original songs. There's as much Arctic Monkeys on this album as there is Duane Eddy or Link Wray, to drop two names of old.

The Wytches consists of singer guitarist Kristian Bell, drummer Gianni Honey and bassist Daniel Rumsey. They come out Brighton nowadays, having been formed in Peterborough. A lot seems to be going around that old, defunct pier in the 10s I have to say. The band started playing together in 2011 and after a string of singles and EPs released its debut album in the summer 2014.

The buzz word of this album should be excitement. Kristian Bell spits out his lyrics, changing his voice to dramatic shouts and wails, Gordon Gano on 'Hallowed ground' anyone?, while the whole band underscores this by making a lot of noise in the right places. Surf guitar sounds blend with rock, while there's some psychedelic overtones in the edge of madness that shows its face from around the corner every once in a while. Australian band Jet comes to mind sometimes in its louder songs where The Beatles are left alone and Iggy Pop is allowed in, just like The Vines were so good at as well. The Wytches have that peddle down the whole time. No relenting here. In the first half of the album that is.

'Wire frame mattress' seems to be as slow as it gets, at least at that point into the album. All is relative as you understand. In the music on Annabelle dream reader several things come together. Some great surf guitarists, e.g. Dick Dale, without the famous, ultra fast descending string runs, The Kinks and The Who of 1964, Johnny Rotten's snot, Oasis' spunk and a more modern bands like The Libertines. If you appreciate a mix like this, then you'll be alright with The Wytches. The band can cook up a storm and has the songs to make that happen. It's not the best I've ever heard, but Annabelle dream reader certainly is an album I've come back to over the past months, right up to this moment that I decided to seriously invest time in to it.

Even when the pressure really goes off, again things are relative here, e.g. in 'Weights and ties' and 'Part time model'. The slower songs make the album even more interesting. It shows that The Wytches really isn't a one trick pony and is of interest beyond the surf-psych-rock segment. A comment could be that this album has a clear middle dip. The up tempo start and the slower tempo middle, perhaps even a clear A and B side. Putting that aside, The Wytches shows it has room to develop beyond this album, some true potential, which is going to be interesting to follow over the coming years.

You can listen to 'Wire frame mattress' here: