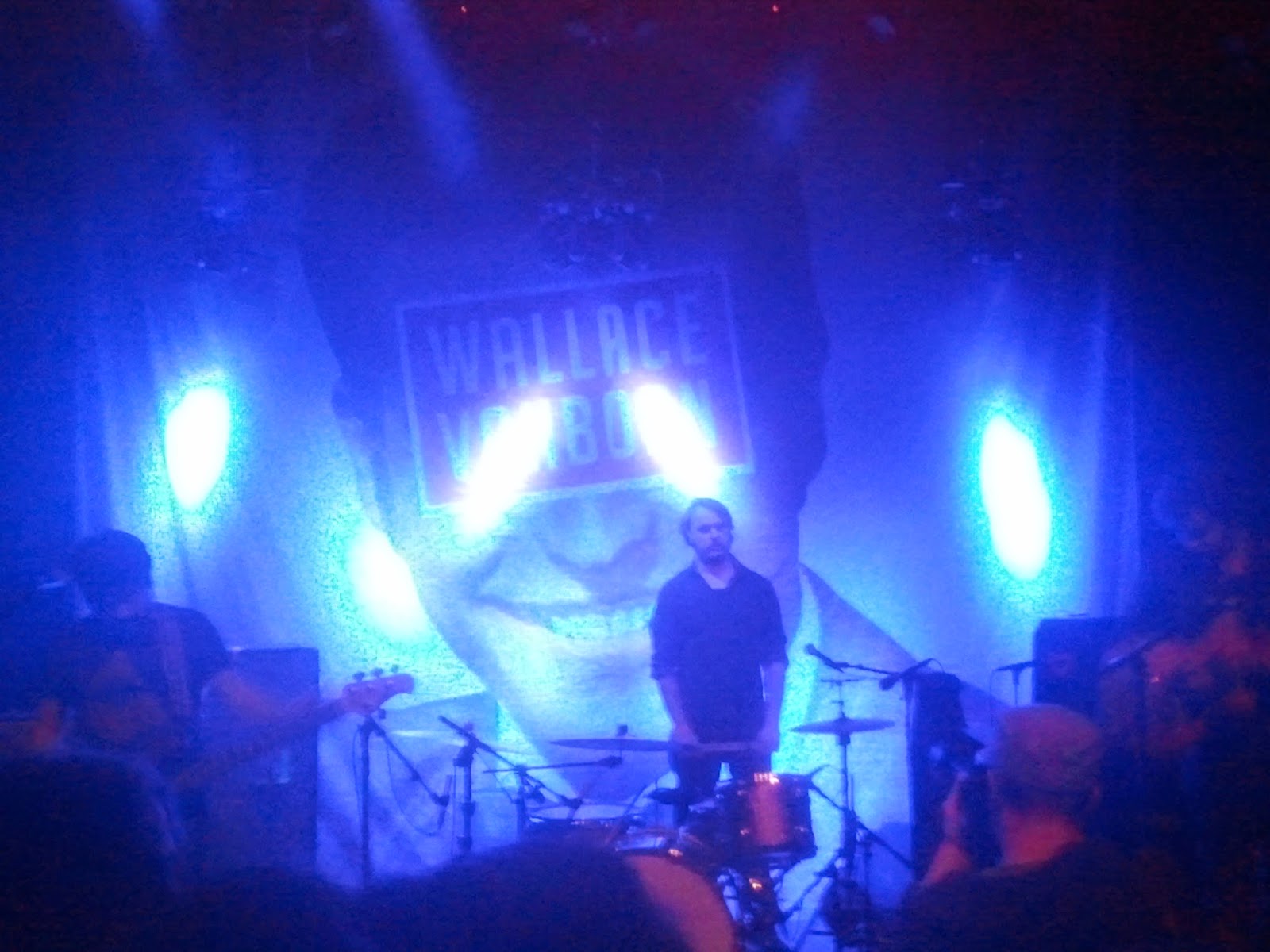 Not so long ago I had never heard of Wallace Vanborn. Mrs. Wallace Simpson?, yes. Wallace Connection?, yes. Remember 'Daydream'? If there's a comparison between the two Wallace bands, it's this one: they recorded songs to release them on record, but that's all. Unless there's a family connection? Nonkel Sjors played bass in the older Wallace?

Wallace Vanborn is in the rock realm, with overtones in the desert and stoner rock. Not necessarily the loudest playing band I've been to. That honour may go to The Forty-Fives, but perhaps the hardest band from a musical point of view I've attended as main act. (Plant & Page in the 90s?)

Followers of this blog will not be totally surprised by the above statement. There's not a lot of fierce rock to be found on this blog. You may be surprised that I've went to see Wallace Vanborn play. It happened that I read the site of Gebr. de Nobel and thought: 'That may just be an interesting band to go to'. Forgot about it and remembered only yesterday. After one listen on Spotify I knew enough. Enough hints towards Masters of Reality here. Time to take out the old bike and cycle into town. 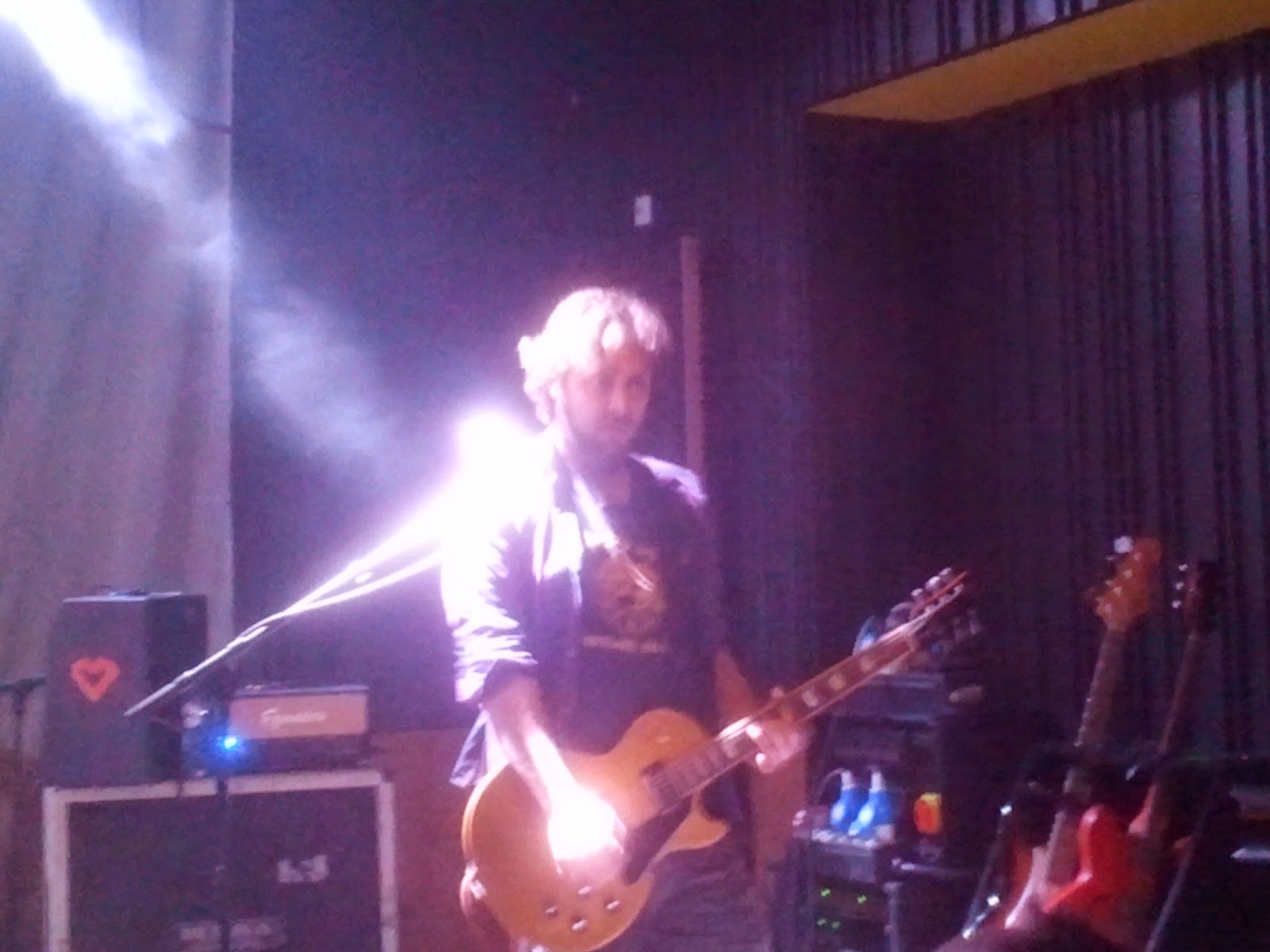 Wallace Vanborn is a trio. Ian Clement, guitars and voice, Sylvester Vanborm, drums and backing vox and Dries Hoof on bass. Together they cook up a vast storm. A storm that seldom lies down to rest. More like the jetstream than a storm. Drums fill up the undergrowth, the bass makes sure the leaves are in place, so that the guitar can take care of the rest of mother nature. High, low, creepy, crawling and above all the wind that rustles everything. Together the trio fills every hole in the sound, like a trio needs to do. In this storm it is nice to find all the details that are put into the compositions. As there are many. These little stray notes, the changes in mood by changing a finger by a half note. The riffs and the fast chord changes, while the vocal melody at times seems independent from the arrangement under it. Fascinating.

With a new album out, 'The orb we absorb', produced by none other than Chris Goss -no wonder I like the record- Wallace Vanborn has a world to win. The quality is quite obvious and the band is able to produce it all live. In Ian Clement the band has a fine singer. He has a combination of the necessary darkness, that leaves more than enough room for some light and shade, and has a convincing higher register, that was brought forward in a long, epic song. Whatever it is called ('Wasteland'?), this was the best of the evening, simply because the band let in just a little more melody and variation. 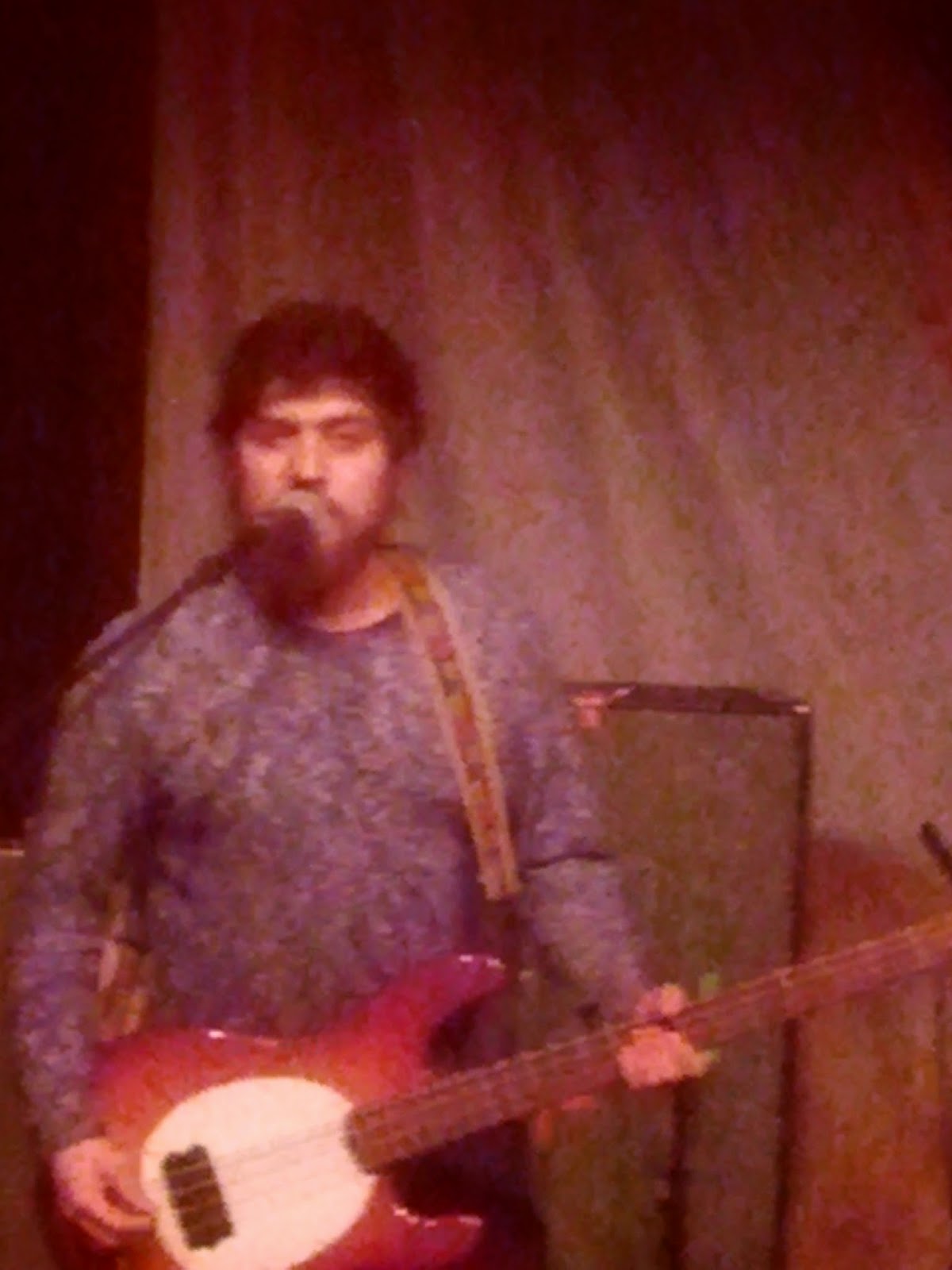 What Wallace Vanborn is not, is angry. Although they play music that is associated with anger, these guys seem all but. When the audience is addressed, it's in a friendly way, with a slight form of banter. At one moment they Ian Clement made me think with an unsuspected turn in his introduction to a song. "This song is dedicated to Ghandhi, Jezus, Mohammed, the prophet and Edward Snowden". WTF? And off my brain went.

Not that Snowden can be considered a prophet, but damned he is. That made me imagine what happens if someone got up to day and said "I'm sent by God. I am the prophet". He'll be locked up in a second. Just think how threatening that is to vested interests, because what if it was true? Get rid of the guy. Fast! And that's where Snowden fits into this list perfectly. He's a threat alright.

Just some association because of an intro. If my associations leads to an idea for the lyrics to a new song, be my guest.

Wallace Vanborn played in the small hall of the venue, which was nearly filled. Again the quality of the sound was near perfect. Leiden has a new venue to be proud of and bands like Wallace Vanborn fit perfectly there.

So, summing up. Is the music this band plays my favourite? No, not exactly. Did I have a great time? Oh yes, from the get go.

You can listen to 'Vampires (big drain)' here: