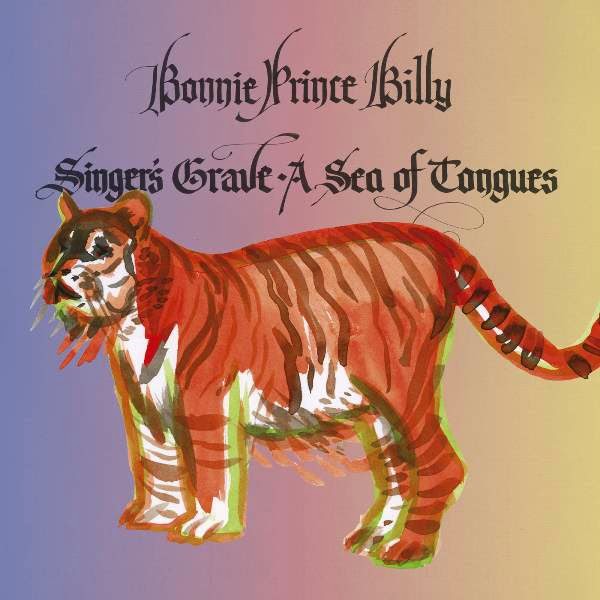 Despite having a drawer full of Bonnie Prince Billy cds by now, for some reason or other I can hardly burst out singing one of Will Oldham's songs, nor mention you a lot of titles of songs and neither can I point to one album containing that one fabulous song. Age in combination with having too much music that does not have the value, through scarcity, as music had in my formative years? I guess. But it's more than that. It also has to do with the sort of music he makes. All at an uncannily high level, but also all on the same plain. There isn't one song that sort of sticks out, is special through uniqueness.

And now another Bonnie Prince Billy album is added to that lot. Another with remakes of his own work, something which is totally legitimate in my opinion. Every artist develops him/herself or ought to do so and with experience come changes to music I should think. Exactly that one thing fans hate: change. They want to hear what they know. Forever and ever. Here is where my competitive edge lies.

That brings me back to Singer's grace a sea of tongues. Totally true to to my opining remarks, this album could have been one full of new songs. Hardly anything is recognised by me. You could rightfully argue whether I like this guy at all, but I do. His take on country, singer-songwriter, roots and folk is one I've come to appreciate enormously through the years. With Singer's grave ... Will Oldham has put another capstone on his discography as far as I'm concerned. Most songs are played in a deceivingly relaxed way. The under the surface tension is about to burst out, cut open, released from the inside. The darkness lies on the inside and not around a song.

But there's also sheer beauty. 'It's time to be clear', allows the last rays of the setting sun to shine on the "I". The acoustic guitars, minimal drums and a violin is all that it takes to make the soft singing Will Oldham shine. A song in a long tradition of U.S. songs. Could Frank Sinatra have sung this? Johnny Cash? My guess is yes, they could have. With all his obvious perfect imperfections Oldham shows the world what a great singer he is in 'It's time to be clear'. Darkness in mood, beauty none the same.

The contrast between a driving guitar in 'So far and here we are' and the softness of many other songs on Singer's grace ... is large. As are the songs that have this haunted feeling around them, e.g. 'Whipped' that have this great backing vocals, straight out of a baptist church. There are so many beautiful details in this song, that contrast within this song as well with the overall tensions in there.

Without having compared this set to the original versions, there's no need to do that in my opinion, I declare these versions superb. I truly like the backing vocals, the dark single guitar notes, the guitar eruptions, the space in the songs and Will Oldham's singing in general. A universe of his own, is what Will Oldham has created on Singer's grave a sea of tongues. A universe in 11 songs. And that is a lot and enough, when beauty is dispersed over the listener in such abundance. So perhaps Bonnie 'Prince' Billie has made that album that will stick out amongst others?

You can listen to 'Quail and dumplings' here: