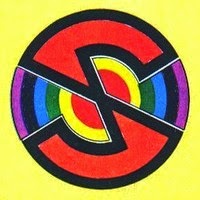 9. The Mysterons
Some of the bands are so new, that there is nothing to listen to. In the case of The Mysterons there is one song attached to the announcement of their show in Paradiso, Amsterdam, 'Echoes'. Psychedelia is still hip. That much is clear. The Mysterons is a band from Amsterdam, fronted by a lady, Josephine van Schaik. The guitarist, Brian Potts, we run into at a later stage also, with his own band PAUW. Two others, Pyke Pasman and Sonny Groeneveld already have a career in Afrobeat band Jungle by Night. 'Echoes' is a song that mystifies. The tempo changes all through the 4 minutes plus the song, creating an atmosphere of things eastern. It's hard to give a real opinion on the basis of one song, but I certainly like what I am hearing. The pulsing organ of Pasman gives a very authentic 60s sound, but that goes for the whole sound right up to the girlish singing of Van Schaik. 'Echoes' simply tastes like more.

(There's a name conflict here. There's a band with the same name from Brighton.) 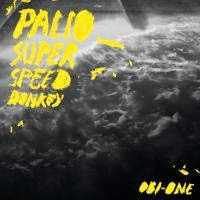 Should this band be reviewed here (or mentioned in Oor's list)? We reviewed the EP 'Wateramp' on WoNoBloG in 2013 (http://wonomagazine.blogspot.nl/2013/01/wateramp-ep-palio-superspeed-donkey.html) and in a positive way, as you can find out by clicking. After that things turned very quiet on the then extremely young band members. Finished high school first? All that can be found in 2015 is the single 'Obi One'. A song that justifies the tip for 2015. An indie rocker if I ever heard one. Fine guitars, bass and drums, with a snotty vocal lying over the song executing a fine melody. These kids know what it takes to come up with a good song. A lighter version of Traumahelicopter and more fun than the #1 tip, The Afterpartees, as far as I'm concerned. This is just one notch more serious, two better melodies and three in serious fun. Yes, Palio Superspeed Donkey is a band to keep an eye out for this year and far beyond. 'Obi One' should be on the soundtrack of any forth coming 'Star wars' movie or better, all of them from this day onwards. Mr. Lucas, are you free? 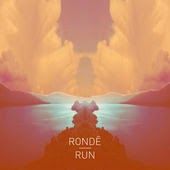 Another band with only one song out, 'Run'. Rondé is a Utrecht band formed at the Herman Brood Academy. The band members come from all over the country. 'Run' is a different song than I heard so far. The song is piano based. From there the song takes off. Rikki Borgelt's voice is very prominent. The drums suggest a folk rock rhythm, so everything from Mister & Mississippi to The Lumineers spring to mind. My first impression is: not original enough, my second I like Ms. Borgelt's voice, the third, the clapping bits are a bit daft. The 4th, I'm willing to give Rondé the benefit of the doubt here. 'Run' is certainly interesting enough to pay attention to, so who knows what will follow? 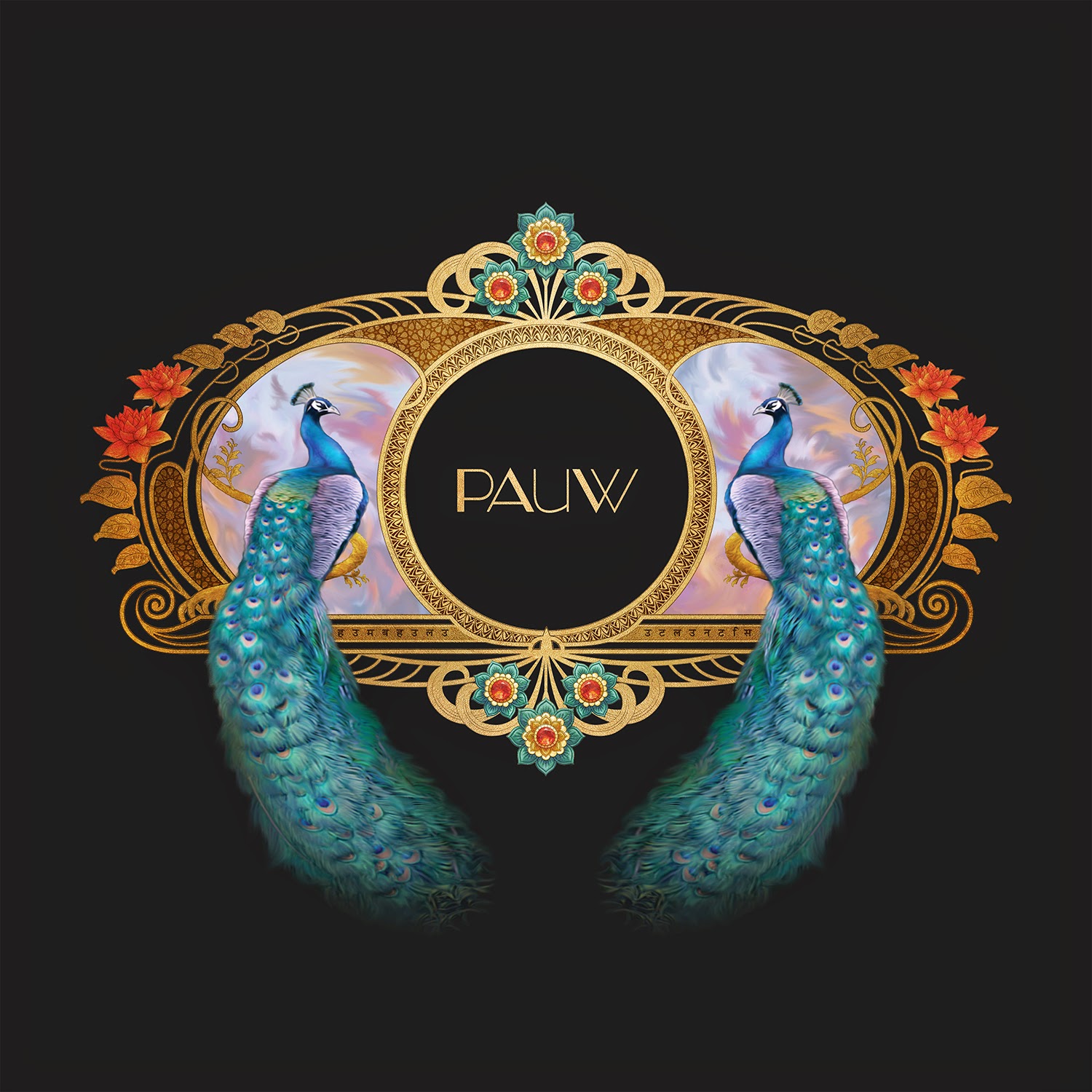 And finally, again, a band that has at least an EP out. The morning I'm writing this the band played in Giel Beelen's morning show and made the same impression on me as this EP: these guys can play and have songs that are very worthwhile to spend some time on. PAUW is a trio: Brian Potts, voice and guitar; Rens Ottink, drums and Gerben Bielderman, bass and keyboards (according to Oor, the band's website says different). We leave for 1967 again, 'The piper at the gate of dawn', sitars all over the place and we're at least '2.000 Light years from home'. Despite these references, what presses itself on me is how structured 'Shambhala' is. The sound may be psychedelic, the song as played and the group effort have no traces of it. This was executed by 100% clear heads while conceiving and recording 'Shambhala'. The listener falls straight into 'The abyss', where soundscapes make up the song, before things get together again in a way that reminds me of The Nice. A fat organ brings the song together, before we float off gently down the stream of music PAUW provides. Listening just two songs into 'Pauw', I can't help thinking that these are songs Jacco Gardner would have dreamed to have on his (upcoming) album and forget Tame Impala. PAUW has the songs and can compete with the best of them. The Black Angels, Temples, etc. have a forceful competitor. Kula Shaker reincarnated. 'A siren' is PAUW's piece de resistance. 12 minutes plus (although it's more likely that 'A siren' is one song and one hidden instrumental track with a 'One of these days' bass.) and filled with Indian influences. Close your eyes and you can literally float away on the music filling your room. A musical trip, a fantasy, with elements of 60s film scores. With two songs clocking over 6 minutes and one over 12 that remain interesting? That's just what I mean. They better add a bass player so that they can recreated it all on stage. Wow is the word here. Oh, that rhymes with the band name?! PAUW is from the far east of this country, Enschede. 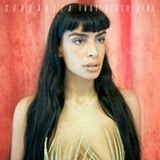 And now for something completely different. Sevdaliza sings in a clear voice, very upfront of electronic beats and synths. Sevida Alizadeh, Iranian born from Rotterdam, is a producer/singer who is able to mix her interesting vocals with beats that sit well with me as there is melody all over the place. Her singing reminds me of Sade and even a little of Donna Summer, although Sevdaliza has more power in her voice. On Spotify there is only the track 'Backseat love', the track I've just described. On you Tube there's a video of 'Clean air', a more radical beast to my taste. Not for me. The third song I could find is 'Sirens of the Caspian'. Starting with a French vocal before Sevdaliza starts singing over mysterious soundscapes. This is modern alright to my ears. Again the clear vocal, very prominent in the mix and quiet rightly so. Sevida Alizadeh has a voice worth hearing. Not my music exactly, but certainly alright. There's even a hint of The Future's Dust, so The xx. Not bad at all. 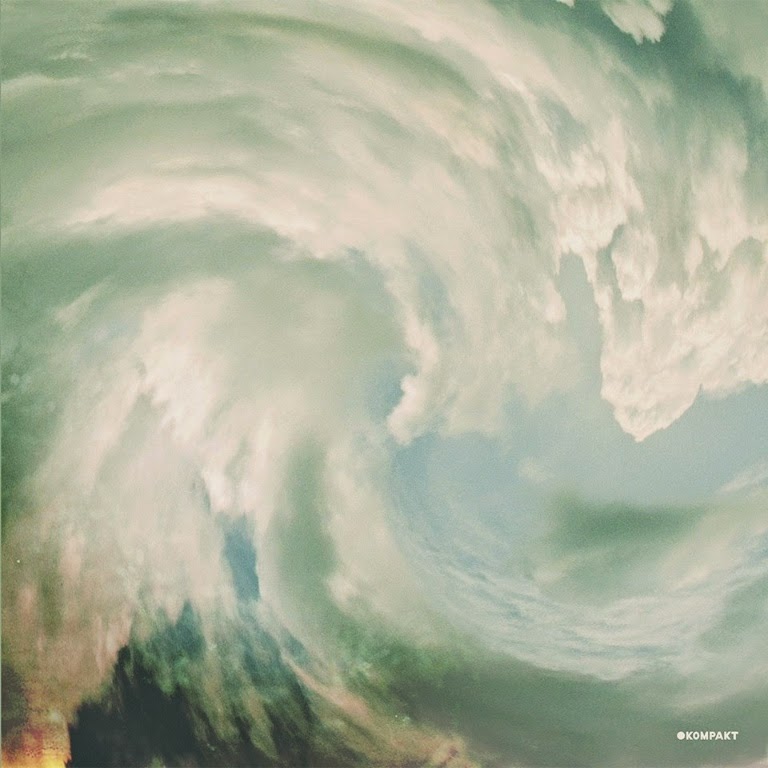 Reading Oor's introduction to Weval I braced myself for the worst. Hearing Weval's opening track, 'Gimme some' of EP 'Easier' I'm thinking, o.k., I can listen to this. The xx is in the home and I'm fine with that. Weval is an Amsterdam duo, older as "band" (2010) and age of the members, than most others discussed here. Weval goes beyond anything I usually listen to, but I find that I can listen to this music without too much problems. Title track 'Easier' even has vocals. Harm Coolen and Merijn Scholte create minimal songs with some hints of Kraftwerk of old and slow beats, that could use a little more deep end in some instances.

Yes, sue the bastards! Why not? Another band, this one from Haarlem, that was on Giel's show this week and I haven't even heard all five shows this week. The guy knows just what's trendy, doens't he? But so are we at WoNo Magazine. Again something different. Singer Suus de Groot releases her debut album, 'Mosaic' later today (22 January on writing that was). I have to do with two songs on Spotify. The poppy 'Top of my mind' is sung with a clear voice and has a different than usual drum rhythm. The new single 'The whale' is new wave in sound. Gruppo Sportivo! The Farfisa organ carries the intro to the song in an extremely pleasant way. Suus de Groot has a voice that begs listening to and certainly 'The whale' makes me curious to listen to 'Mosaic' soon.

(The music continues after listening to the two singles. Without having noticed it when looking for the music, 'Mosaic' is on Spotify as a whole. I now understand Oor's comments better. This is not the easiest of music. Sue the Night looks for the darker spots in her music. Music that does not give away its secrets all in one go. Isn't that the start of a relationship in music also?)