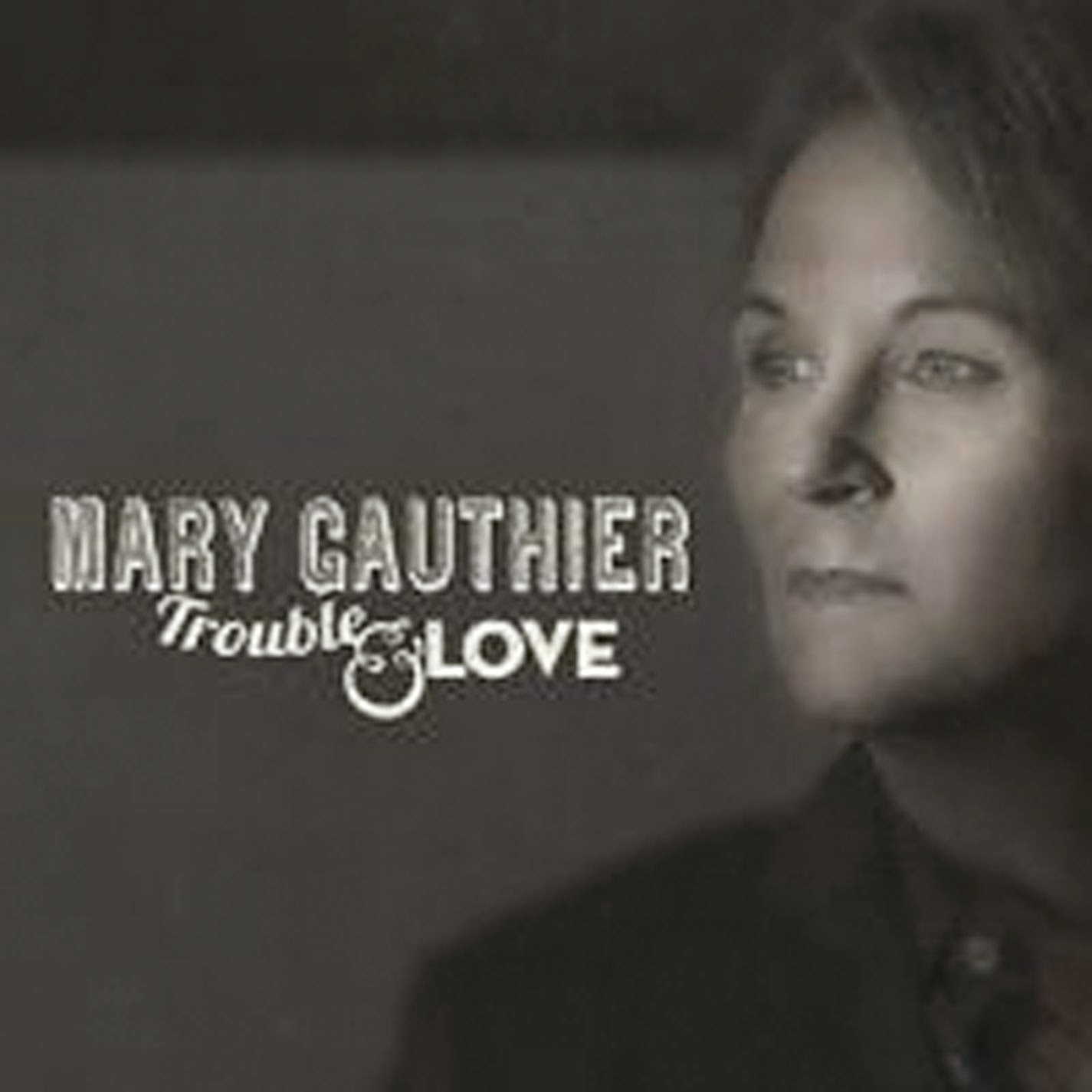 When was it? Quite some years back when The Walkabouts were still touring regularly and played the Melkweg in Amsterdam. Support act was a singer-songwriter who had just started to grow attention with her album 'Drag queens and limousines'. In the back, next to me, stood a gentlemen who was accompanying Ms. Gauthier as if he was teaching her how to play guitar: "Well done, Mary". When she played an apparently difficult chord change he was muttering approvingly to himself, when something was just a bit more challenging, he was shaking his head muttering, "Come on, Mary, you can do better". In total concentration he was following her every move as if on stage with her. The show did not totally appeal to me. Just a bit too country for me. The same went for the next album, so somewhere in the 00s Mary Gauthier faded from memory, until I read Erwin Zijleman's review of Trouble & love (see here: http://wonomagazine.blogspot.nl/2014/07/trouble-love-mary-gauthier.html) which enticed me to give her music another try and I have to say that I'm not disappointed.

No matter how many singer-songwriters and folk artists' praises have been sung here on this blog, it remains an incredible fine line whether I like such an album or not. And it's almost impossible to explain the difference in appreciation. The easiest is the traditional country, that is nearly all out. The fun starts when other influences are let in. Some blues, some folk or even rock. After that the voice has to appeal and a good melody or interweaving playing and/or singing can finish things off. Mary Gauthier delivers just that on Trouble & love.

She starts the album with 'When a woman goes cold'. A song Lucinda Williams would have been happy with on her forthcoming album. Just to name another artist with whom I have a frail relationship. 'When a woman goes cold' has this bite that underscores the title and is a real opening statement. How diverse Trouble & love is is shown by 'Oh soul'. This quiet acoustic song with a few beautiful guitar lines in there is nothing but a country gospel song. Sparsely arranged, no exuberance. Don't think the Edwin Hawkins Singers, but so to say just Edwin (i.e. Darrell Scott in the song) and his two favourites, that's all. Enough to make an enormous impression.

The same goes for 'Worthy'. There are parts of this song that I would love to hear Mick Jagger sing (with Mary Gauthier). This is the sort of ballad that the Rolling Stones would have made a whopper with on 'Exile on Main Street', the likes of 'Loving cup' and 'Sweet Virginia'. Talking country my praises can't go beyond these two songs I'm afraid and I've just given it, no doubt. That was my real exposure to country back in 197x something. 'Worthy' is such a song.

So Trouble & love reminds me of albums by Lucinda Williams, with one difference, I don't sit out a single of Ms. Williams albums. It's her individual songs I like best. Perhaps lucky for me Trouble & love is only 8 songs long (short). No problem sitting this album out. That is also thanks to the people accompanying her. Hail Jimmy Wallace (piano), Guthrie Trapp (guitar), Viktor Krauss (bass) and Lynn Williams (drums). Also worth mentioning is that Duane Eddy is responsible for beautiful solo in ('How you learn to live alone').

Trouble & love (love & trouble) is an album that goes through the end of a relationship and is pretty dark on the inside at times. It ends on a more positive note, although in a slow almost insecure way. 'Another train' is a beautiful song. It touches all the right strings to make an unbelievable impression. When the song is over there remains only one thing to do: put on Trouble & love again. It's best to end the album somewhere in the middle, believe me.

You can listen to 'Another train' here.