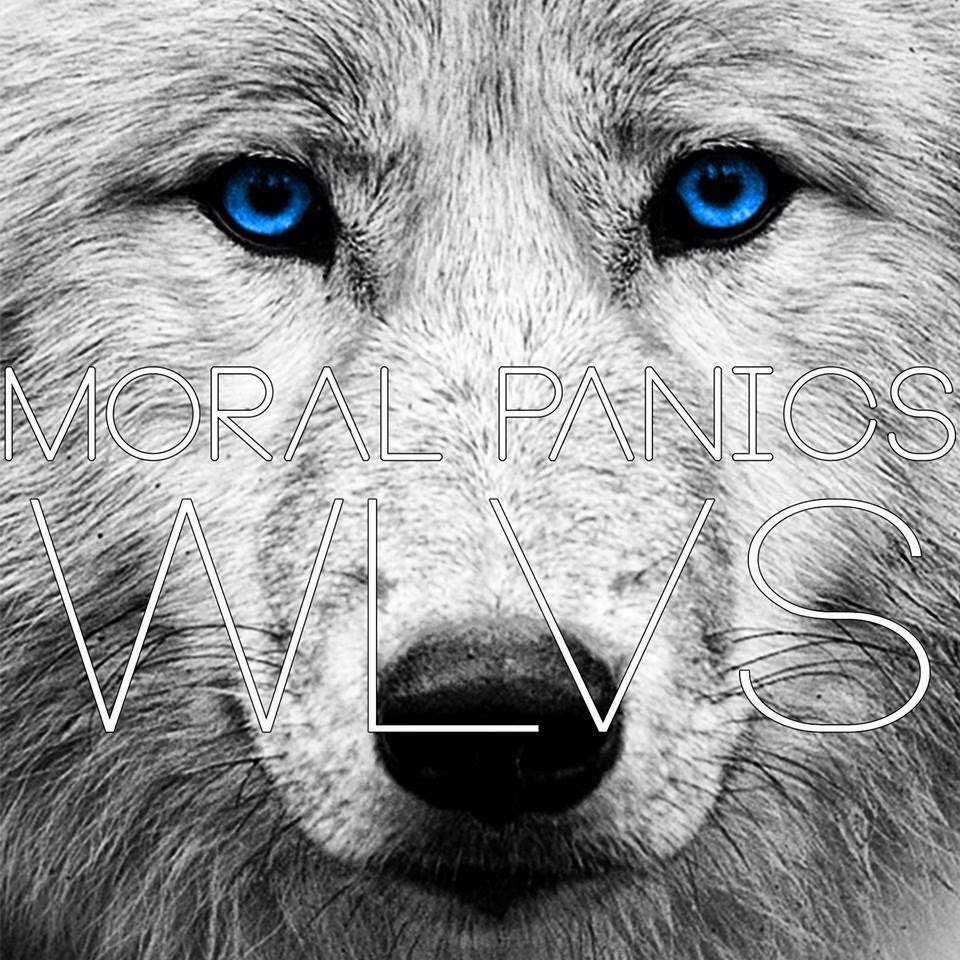 Another EP that came in on the wind. Just a "Hi, guys" intro at the top of the e-mail, at the bottom a link to the music. With no clue to what or who. It didn't take me too long before I realised that another review was going to be in the making. To top it all off; what a pleasant reminder of how good 'Mannequins' by Monster Cat is. There are quite some similarities between the debut EP of Singapore's finest and Moral Panics from Stoke. Don't ask me how or why that is, just let me write that the same dreamy mysticism is around on several songs on WLVS.

Moral Panics is a four piece band and around since 2012. Andy Gannon, guitar; Dan Johnson sings and plays guitar; Jazzy Smith, drums and Tom O'Neill, bass. On 5 May Moral Panics released its new single 'February', the first song on WLVS. This song, that vaguely reminds me of early U2 songs, is not my favourite. 'February' has the same empty spaces and Edge like guitar sounds, as 'Boy' had. The Steve Lillywhite bathroom sound treatment is not there though (and I don't mind). There's even an abrupt The Strokes like ending of 'February'. No, it is what is going on WLVS next that made me prick up my ears more and more. More or less my attention was growing by the number.

The muted guitar lines are a signature of Moral Panics' sound. They return in every song. Before they change into spaciously played notes. A real bite in the sound is only there in the form of a single accent. 'Maxim', song 3, is the widest produced song on WLVS. The guitars seem to be smeared out all over their respective spectra of the mix, to a maximum effect. It is in 'Maxim' that Dan Johnson really gets into his voice, shows vulnerability and affection, if not love. The song reminds me somewhat of 'Nearer than heaven' of Delays. 'Maxim' compares quite well, by the way.

So here I am, pricking up my ears some more. Especially when WLVS arrives at 'Fauve', the fourth song on this EP. This really could have been a Monster Cat song. The oh-ohs, the atmosphere in the sound, the way Dan Johnson sings. It's almost uncanny, the similarity. But I'm not complaining as this is the song Monster Cat did not write.

There is also something of The xx in the music of Moral Panics or for the Dutch readers The Future's Dust. Both examples are more bare than WLVS is, but the intention is clear. Atmosphere and empty spaces in the mix are recognisable although Moral Panics likes the traditional band set up more. The band is not afraid of emptiness in the mix and uses this element as part of its music. Don't mistake this for silence, which is a main feature of The xx's and The Future's Dust's sound. WLVS has a full sound, but it's not smeared all over with endless overdubs. The sound is compartmented, leaving spaces in the mix empty.

Moral Panics has not produced an all enthusing, super EP that blew my mind. Far from, but it has produced an EP that is quite a nice addition to the music I have in my collection and certainly has made me curious to hear more in the future. There are enough elements in the music on WLVS that have promise in them, with the potential to grow into an own sound. Add to that the beautiful blue coloured eyes of the wolf itself on the cover and I'm quite happy.

You can listen to and download WLVS here.
Gepost door Wo. op 10:32