I drove a tank. I Drove a Tank 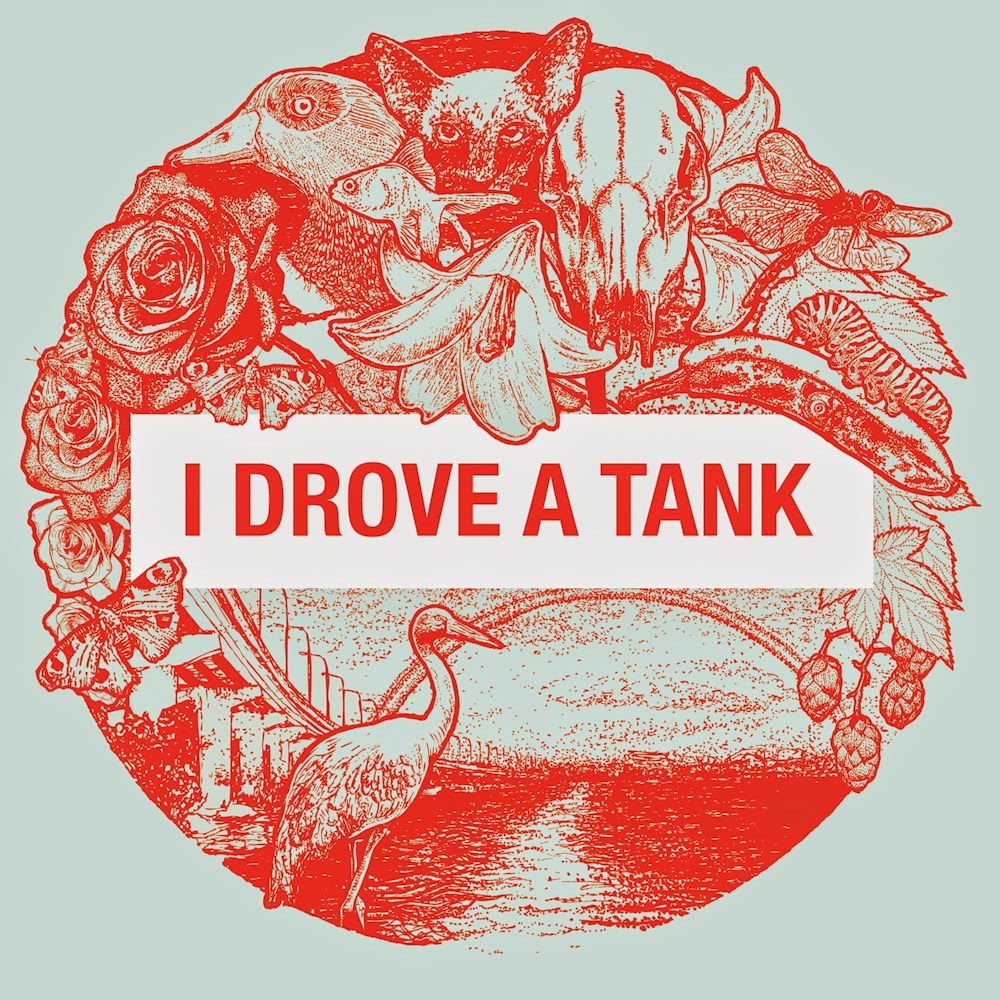 I Drove a Tank is a new young band from Antwerpen in Belgium with a hip name. In the past few weeks we saw tanks all over the Ukraine and not always with the intended driver behind the sticks. The sticks of this tank remain firmly in the hands of I Drove a Tank itself. The band produced an indie-rock album with clear influences going all the way back to the early new wave and sixties pop melodies. Something it has in common with Arctic Monkeys and the band that is the link before Sheffield's finest, The Libertines. And from there it's The Clash and all the way back to The Kinks. 'If not the heart' is a song that could have been made by Ray and Dave Davies in the late 60s. Only the lead guitar sound is out of place. So I Drove a Tank scores some extra points here. 'If not the heart' is a modest song, but has all it takes to stand out. A song that I may just play again and again in the coming days, weeks, months.

Here we touch upon one of the secrets of I Drove a Tank. At first, very casual, listen I did not find much happening, at the second I got an inkling that I should be paying more attention and at the third I didn't look back. I Drove a Tank had me where it wanted. (Although the Johnny Cash pastiche 'A better deal' sort of turns me off.) Luckily 'The nights' brings me back to where I want to be. Some nice indie rock, that is not to neatly made, but has purpose and determination, with all sorts of little, nice extras.

I Drove a Tank is from Antwerpen in Belgium. It consists of Frédéric Albers on guitar, Ben de Vroey on drums, Bart de Roeck on bass and Hans Mertens on guitar and vocals. The members are not young contenders, but are all pushing or into their thirties. Something that shines through in the music of the band. It's not all "sturm und drang". The mind clearly plays a role also in the music on I drove a tank. The music is well proportioned and thought out. The little extras in the harmonies and guitar parts shine and come forward in all the right moments. The band calls its music "rammelrock" and for the life of me I can't come up with an adequate translation. The moniker fits and doesn't. Fitting because I Drove a Tank does not aim for the perfect pop song and doesn't because the songs are quite well constructed.

Looked at from a distance there's nothing new happening on I drove a tank. Nothing I have not heard before and the fact is that I do not care. This album is just too much fun to care. The way 'No Joe Strummer', what's in a title to reveal some influences?, is kept small and still reveals sheer beauty and inspiration. Guitar parts come from several points in the mix, each with its own distinct flavour, sound and way of playing. The sound more of Big Audio Dynamite (or what I remember it to be as I haven't listened to this band's music since the 80s) than The Clash itself, with Lloyd Cole singing.

Songs do shoot off in all directions. The Strokes ('Monocle') come by just as easily as the already mentioned Johnny Cash or The Kinks (does Mertens sing: "I love The Kinks" in 'More scared'? It could well be) and not to forget The Smiths. That is a bit much for one album, well the Johnny Cash one is, but that is about the only flaw I can find on I drove a tank. And that someone in 'Imogen' "dances to Mumford & Sons", is not o.k., but the "I" moves to the bar, so that makes it alright. Hans Mertens has listened closely to the way Julian Casablancas sings, with the distorted sound and all. Luckily for all fans of I Drove a Tank he goes beyond this. Contrary to The Strokes' singer, Mertens dares to come from behind the distortion and really sings together with a backing vocalist and alone and comes closer to Morrissey this way. His voice is well worth listening to without studio effects distorting it.

Something what does not happen to me while listening to I drove at tank is that I start getting bored somewhere during the second half of the album. I drove a tank is an album that I'd classify as indie rock and that is usually what happens to me while listening to such an album. The Smiths, U2, REM, even Is this it? of The Strokes after song 7. (Yes, all these bands were indie once.) I drove a tank keeps my attention spanned. I think I found the secret to. The variation that I Drove A Tank puts into its songs, makes the album, well, varied, exactly what I always found lacking on most or all albums of the bands just mentioned. So here was the story of how a small, new(?) band from Belgium beats all the big ones on points.