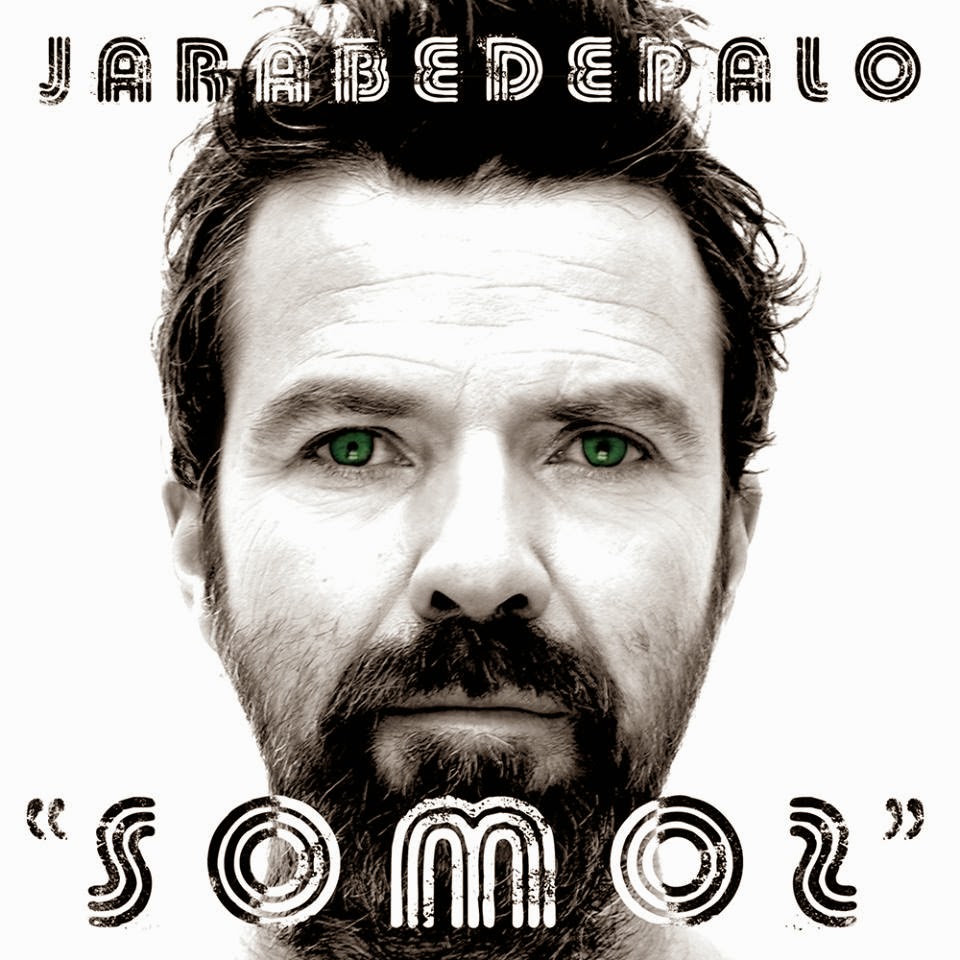 Single 'Somos' came by a few weeks ago on this blog and here is the album. And boy oh boy is this a fine record. The high standard 'Somos' set for my expectations have been totally met. Somos swings, Somos rocks, Somos raps, Somos steps back and relaxes and Somos has its moments of Latin swing. All the ingredients that make a great Jarabe de Palo album have been put into the right blender and came out as Somos.

Jarabe de Palo and I go back 17 years this summer, a chance meeting in the disco's of Salamanca, the beautiful university town in mid-west Spain, where I wound up more or less by chance after the wedding of a friend in Guadalajara. Two midday nights dancing and drinking till more than late. A thousand times 'La macarena' came by, the Spice Girls and this Spanish song that was just so good. Thanks to the dj, high up against the wall, reachable only though a steep stairs, who wrote the title down for me, I bought the album. 'La flaca' is still one of my most favourite Spanish songs. 'Grita' I played for years with the cover band I used to play in, with Dutch lyrics attached, as 'Vaal licht'. I would never have heard of Jarabe de Palo, were it not for a more or less last minute trip to Spain.

So much for history, back to 2014. Pau Donés and I have clearly aged since. It doesn't seem to matter if I hear him rocking out and me enjoying it, a lot. After the fantastic 'Adelantando' (2007) I had the impression that Jarabe de Palo was a bit in a dip formwise. First a rehash album in 2009 ('Orquesta Reciclando' that I bough in the same store as 'La Flaca' 12 years later) and the little bit disappointing '?Y ahora que hacemos' in 2011. All doubts can be cast aside as Somos brings it all. The opener and title song swings, rocks and gets close to rap. A combi that is familiar if you know the band. Isabela Raygoza stars along Pau Donés in 'Somos', a collaboration of the kind that also defines Jarabe de Palo. The band does not mind sharing a star spot with someone else. Varying the songs on offer and usually making them better.

Listening to Jarabe de Palo is not always a pleasure. At times something is missing in the melody, a lacking of variation that doesn't allow singer Pau Donés to really go full out. In those songs, listening to his voice is not a pleasure. There is no such song on Somos. The band has come a long way since recording La flaca in 1996. It has simply become better at what it does. In writing songs, in arranging them and playing them. No matter how much I like 'La flaca', Jarabe de Palo is a better band since. Somos shows that the whole way. What has also clearly changed, is that Jarabe de Palo is world top act, touring in the Americas as well. Having won the Latin Rock Grammy award. I can only hope that the band will tour north-west Europe as well.

In general Somos rocks a little harder than ever before is my impression. A tough guitar sound is often brought to the front of the mix. It shows how hard Jarabe de Palo can rock and get away with it easily, adding blues rock rhythm elements for more swing. This edge makes Somos come alive just this little bit more. The rocking sound seems to have been won over keyboards, as they are less prominent on Somos. Not disappeared but less used. This comes as a bit of a surprise to me, as keyboards were an integral part of Jarabe de Palo's sound. The saxophone introduced on Orquesta Reciclando, is still there. It adds to the flavour, but does not really do something for me personally. The drole reggae 'A donde va?' for me is the odd track out on Somos, although Jarabe de Palo clearly gets away with a reggae song.

Do I have to say more? Somos is up there with 'La flaca', 'De vuelta y vuelta' and 'Adelantando', my most favourite albums of Jarabe de Palo to date. And this was clear to me while listening to the album for the first time. Where usually I have to get used to a new album by a very favourite band, I knew straight-away that it doesn't come better than Somos, believe me.