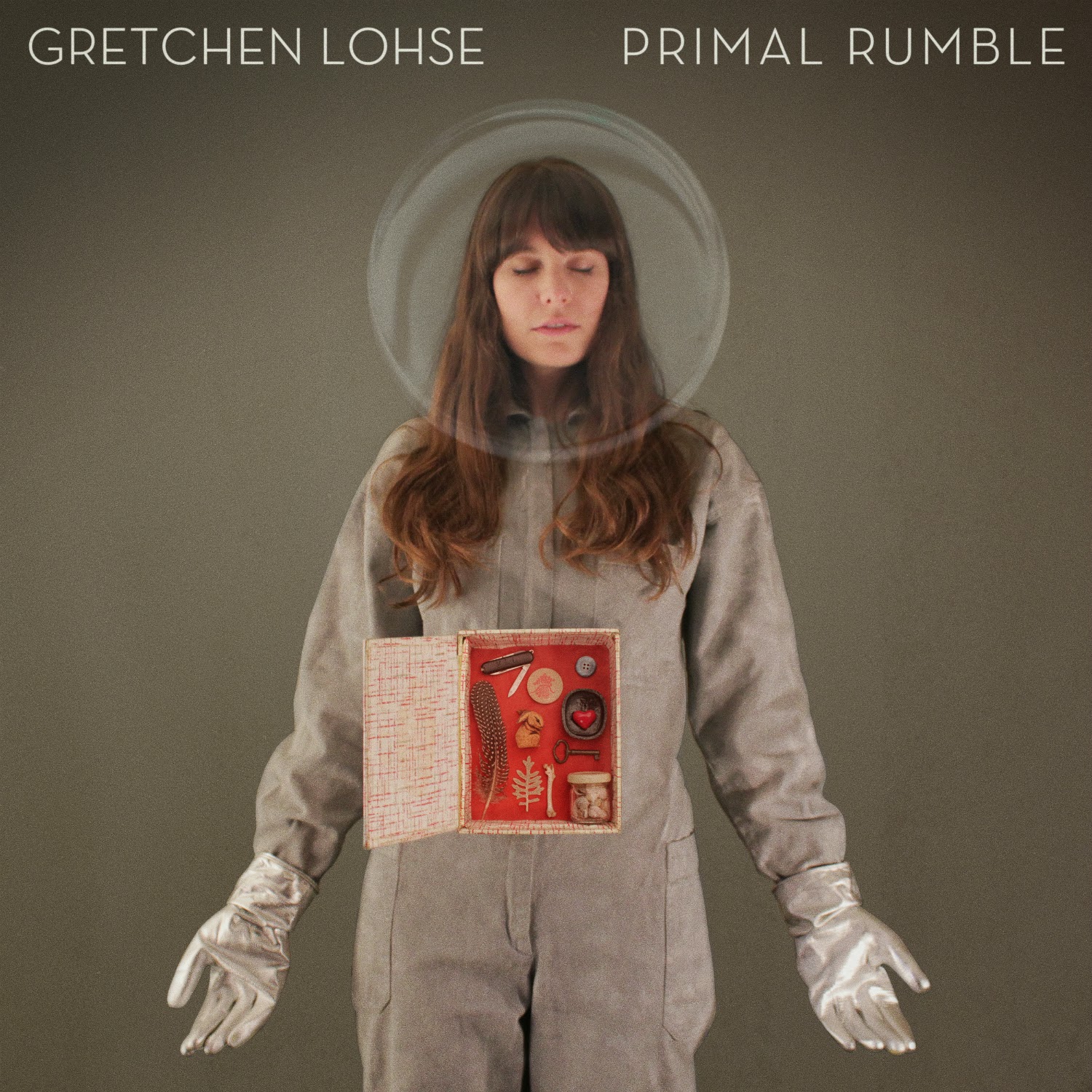 Another tip from Erwin Zijleman. One that directed me directly to Gretchen Lohse's bandcamp site in this case. Within an hour I was a digital download richer. After having a listen to Primal Rumble there, I bought the album straight-away.

Primal rumble is a small album. In all sense a modest album, where everything is kept at low key and soft. The singing, the playing, the harmonies and the special effects around Gretchen Lohse's singing and playing. Everything is small and modest except for the quality of the songs. If songs are this good with a minimum of effects, it's time to shut up and listen.

Gretchen Lohse is an american singer-singwriter from Philadelphia. She used to play in a band called Yellow Humprey and several of her former bandmates can be heard on Primal Rumble. Playing softly in the background. Gretchen Lohse's voice is the primal instrument on Primal rumble. Up front in the mix, right in the middle. She plays the viola as well. It can be heard scratching in some of the songs. Primal rumble is her solo debut album and one she can be proud of. The style of choice is folk. The music on Primal rumble has one foot in an age old tradition of U.S. mountain music. The other is in almost other worldly territory. There's an ethereal quality in the songs that, paradoxically, makes them almost physical. The songs are so tender that I have the feeling that I'd break them if I don't watch out and handle them with extreme delicacy.

In the singing Gretchen Lohse reminds me of what Sandy Denny could have sounded like if she hadn't sung so formal and had allowed herself to sing from a more vulnerable perspective. 'Heart thief' by Stephanie Fagan is another reference here and I've recently mentioned him on this blog: St. Thomas, in the way of singing and the vulnerable presentation. But foremost Gretchen Lohse is herself. She exposes herself completely vocally and emotionally. In sharp contrast with the album cover. Musically there are references to the English folk of Fairport Convention, e.g. in 'The cuckoo', where other songs are more U.S. folk oriented. The piano in 'Spider at the gate' gives this very serious tune a great pop feel. Another song that proves the quality of Primal rumble. An element is let into the mix here, that looked at sec (from a folk purist's point of view) maybe doesn't belong there, but at the same time lifts up everything to another level.

Primal rumble allows its listener a moment of rest in a hectic day. A moment to totally get lost in, to immerse oneself in the music and voice of Gretchen Lohse. To be carried away to this other place, away from "the primal rumble inside" us and the one outside us. Gretchen Lohse is able to achieve that if you allow her to do so. Dream away with her in 'All around the river", in what could be (or not, really). A song that brings back a memory of Neil Young's 'Pocahontas' and 'Captain Kennedy'. This song is up with these songs. It's time I leave you to your own devices. The link is below. Start listening, it's worth it. More than.

You can listen to and buy Primal rumble for a minimum of US $6,= here: