Ols songd. I Am Oak 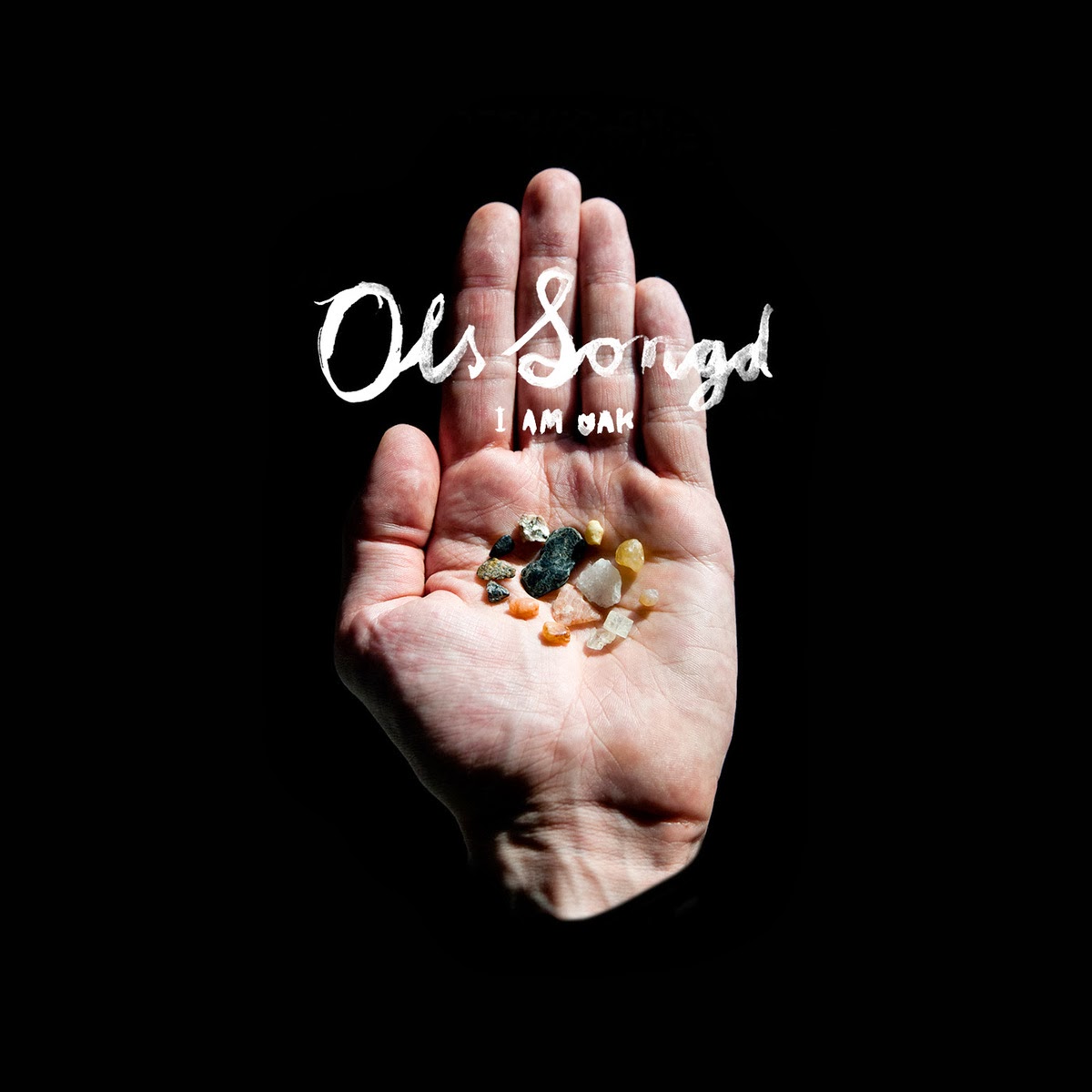 The few times in a row that I have listened to Ols songd have endeared me to the album quite fast. On Ols songd, a title that's hard to type right I'm noticing, I Am Oak continues where it left of on 'Nowhere or Tammensaari', that was reviewed on this blog last year by Erwin Zijleman. The main difference is me. That I did not feel comfortable with the previous album. While I feel totally at home with Ols songd.

Ols songd is the total relaxation. In the universe of I Am Oak there is no hurry, the outside world is the outside world. The music seems to come from a deep state of rest and calmness if not serenity in the mind of Thijs Kuijken, the main man behind I Am Oak. Like an oak tree that can destroy many a thing that stands in the way of its growth, but grows slowly and stately into majesty, Ols songd settled into me. Ols songd is so quiet that the eruption in 'Islands more islands' comes as a shock. As if nature's laws have just been proven wrong.

The basis of an I Am Oak song is the acoustic guitar, softly strummed, in elusively simple sounding chord changes. It is what happens over and behind these chords that make Ols songd such a delight to listen to. Intricate harmonies, the softest of accompaniment. An organ almost hidden behind all the rest. At other moments the band kicks in. Drums, electric guitar, bass, but always soft, totally serving the song. 'Honeycomb' which starts out as a "regular" I Am Oak song, slowly spreads out and some more and again some more into a a power song I Am Oak style.

There are some simularities with Rogier Pelgrim, who recently featured here with his new album 'Roll the dice'. The same delicate atmosphere, but Rogier Pelgrim likes to rock some also. In the singing I Am Oak comes a long way when it is compared to CSN. When all is said and done, this album reminds me most of Norwegian band St. Thomas. The funny thing is that the song ending Ols songd, 'Birches' has some similarity to the song that ends 'I'm coming home' (2002), 'I'm coming home #2', the only St. Thomas album in my possession. (Googling to find out the name of the album, I found that Thomas Hensen is dead for over six years.) In structure as well as execution. 'I'm coming home #2' is just pumped up more, if you care to listen.

'I am sound' is the message Old songs, oops, did it again, starts off with. "Warmer than before", "it was not like I had a choice" sings Thijs Kuijken. I doubt it, although writing songs and releasing records may be compulsory. The warmth on Ols songd seems like a concious choice though. Without anything spectacular going on I Am Oak shows that it is possible to make a beautiful album with a minimum of effects. Ols songd is a totally modest masterpiece. Just listen to the way 'Kites in the canopy' plays out. The clear guitar, the multi tracked vocals, the beautiful guitar melody ("solo"), together it makes a song that Midlake hopes to write some day in its wildest dreams.

There are no small words here. And then to consider that I had nearly missed this album. So thank you for the tip, Cedric. In the past few days this album has grown very dear to me. It's time for you to undergo I Am Oak, dear reader. You can listen to and buy Ols songs here: