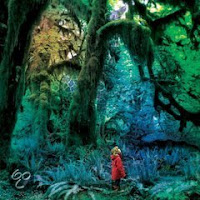 You can listen to 'Where will you go' here.

If there was one name that was unavoidable in Dutch pop in the past months it was Jacco Gardner. His name sang around and around. And all for an album that would bring sounds as made in 1966 and 1967 come alive again. Psychedelic pop without the over the top things of later in 1967 and early 1968. When The Beatles and The Stones took things into their hands again and produces great pop 'Hey Jude' and pure rock 'Jumping Jack flash'. Probably the first song in which the Stones did not follow The Beatles somehow, but found its own voice.

That aside, back to Gardner. Usually an album that is hyped such as Cabinet of curiosities, it can only disappoint and/or is sabred down by critics. The second has not happened. The hype turned into appreciation, even admiration. What is my take on the album?

The first thing against this album is that the psychedelic era is not my favourite. There are several quite notable exceptions, but most come from the US and a few great singles. As soon as "We go around the mulberry bush" or "Have a hole in our shoes", there's something not connecting with me, perhaps lacking the mind-expanding experiences. But at least these songs are extreme and Cabinet of curiosities is all but. It is a rather bland album. Nice melodies, Gardner sings with the typical shaded voice of the era, like its dragging behind the song, but it seldom springs alive or displays urgency. O.k., I'll admit that urgency was not a prerequisite in 1967.

But is all bad? No, I certainly like the instrumentations and arrangements in most songs. All sounds are completely authentic or they appear to be. Even Boudewijn de Groot's mid 60s organ was found in the attic somewhere. The orchestra bells in 'Where will you go' sound delicate and pure as do the acoustic guitar and the mellotron sounds. The sound was created in a mix of modern and 60s technique. Jacco Gardner found Jan Audier, now 72, the sound engineer of many a Dutch band in the 60s, who still had his old gear at home. He assisted in creating the authentic 60s flavour of the album. Which without a doubt was done beautifully. A 'Je t'aime ... moi non plus' like bare bass sound going plop, plop (also a signature of Air on 'Moon safari' by the way), the mellotron, Hammond organ, harpsichord, etc. Referencing The Beach Boys, The Beatles, The Mamas & the Papas, Traffic, Donovan, Syd Barrett era Pink Floyd ('Arnold Layne', is all over 'The ballad of Little Jane', as is '..Mr. Kite") and several Dutch "Nederbiet" bands' album tracks.

The idea I get from this album that it is more about an historical study than on making music. As if a historian wrote a big tome of a study, but forgot to breath life into his subject, making it dry. Well analysed, but unreadable. For me Cabinet of curiosities just does not come alive. It doesn't sparkle. Did a lack of mind-expanding experiences sit in the way of glitters, exuberant explosions and well, plain old fun?

Gardner worked for years towards this album. An album that recreates something that is gone forever. Perhaps it starts a trend, but what will his next steps be? Another Cabinet of curiosities is very unlikely. In other words Gardner may have put himself in a tight spot with this album. If you are totally into psychedelia, this is your album, for others there may just not be enough attraction to make it last beyond the hype.

If I change my mind over the coming months I will let you know.

You can order Cabinet of curiosities here