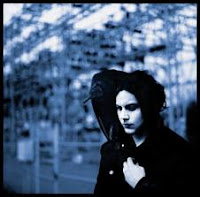 In a review for WoNo Magazine some years back I wondered what The White Stripes would sound like with a full band. The songs on the albums 'Elephant' and "Icky thumb' simply burst at the seams of the duo format. The albums only barely refrained from turning green. It seemed to me that Jack White had run full on into the limits of his band. The Raconteurs and The Dead Weather were band efforts and now there is 'Blunderbuss'. As a Dutch citizen I can be sort proud that the title is derived from the Dutch word "Donderbus". (You can listen to 'Sixteen saltines' here.)

Blunderbuss is everything but a new The White Stripes album without Meg White. Jack White is far beyond anything his former band ever did. Of course he can't change his voice, but for the rest there are several songs that could never have made a The White Stripes record. Too many instruments in there and unreproducible on stage, as The White Stripes.

Anno 2012 Jack White can be called a rock veteran. Making records since the late nineties and attracting major attention to his songs since the beginning of this millennium and even scoring hit singles and albums Jack White has become a household name. His songs are covered by different sort of artists. Even sung in football (the European kind) stadiums when a team has scored. (I won't mentioned what Dutch fans sing when playing a German team on the melody of the famous 'Seven nation army' riff.) He produces records for other artists, assists artists through his record label Third Men Records and is asked to write theme songs for movies. In other words Jack White is up with the greats.

Having said that it's time to look at the merits of Blunderbuss itself. I could be very short on that one: A great album!, but I won't be that short. The album offers a variety of styles and moods that show the skills and great abilities of Jack White's song writing. The guy simply knows how to write a song and to present it in an interesting way as well. From an almost jazzy, 'Take five' like, 'Take me with you when you go', including a country fiddle over the jazz sound, to the full out distorted rock 'Sixteen saltines'. Which is a great song by the way. All the way up with 'Fell in love with a girl' and 'Steady as she goes'. Blunderbuss offers something for everyone's taste.

So by allowing all sorts of different instruments and players on board, Jack managed to spread his wings and grow into the butterfly he really is. No restraints left, he is able to serve us the riff driven 'Freedom at 21', without histrionics and take the mood down with 'Love interruption'. The acoustic guitar plays a larger role than ever before, backed by warm (electric) piano sounds and country influences from his home town Nashville, Tennessee. Title song 'Blunderbuss' is a very good example of the new approach. In this song The White Stripes' version is imaginable the most (i.e. loads of wild drumming and guitar eruptions, just try it in your mind), but what we hear is a beautiful "small" song.

Blunderbuss is an album that deserves to be listened to and judged on its own merit. Even if you don't do that; it comes up trumps both ways. Jack White has taken another very interesting step in his career and there's no predicting what comes next. As long as he writes songs like 'Hypocritical kiss'', the incredibly poppy 'Hip (eponymous) poor boy' or 'Weep themselves to sleep' I'll be right there, listening to great music and becoming a bigger fan with each album. This one should attract a whole range of new fans, blunderbuss style.

You can order Blunderbuss